Home » World News » We get knocked down: Melbourne the nation’s house demolition capital 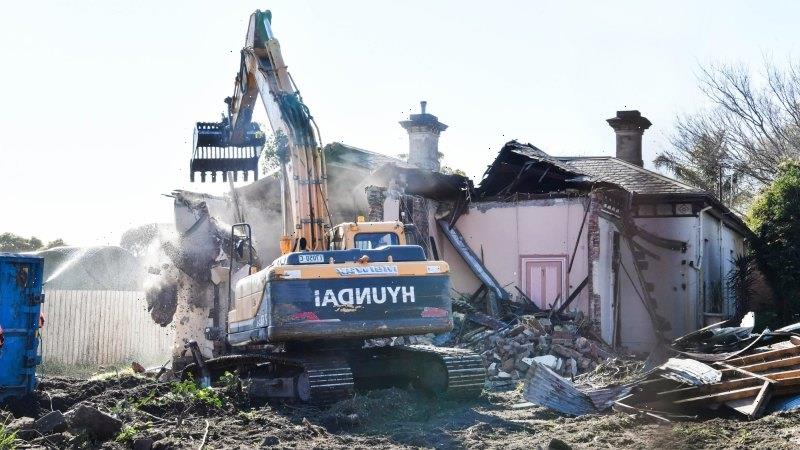 Melbourne has become the knockdown and rebuild capital of Australia in the past five years, new data from the Australian Bureau of Statistics reveals, with some suburbs adding four new homes for each one lost to the wreckers since 2016. 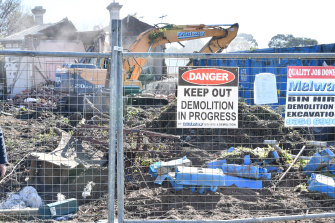 Melbourne is the national capital of home demolition.Credit:Joe Armao

But a snapshot of the Melbourne suburbs where the wrecking crews were busiest shows the builders were working faster, with about 520 housing “stock removals” in Heidelberg West in the city’s north-east and more than 1580 new homes built.

In Bentleigh and McKinnon in the south-east, the trend is even more stark, with 442 dwellings knocked over since 2016 and more than 1780 new units, townhouses and apartments built.

The development industry says the numbers reflect a move from low to medium density in Melbourne’s inner-ring, with stand-alone housing making way for townhouses and unit blocks, a long-term goal of policymakers aiming to break the city’s reliance on cars and to put a brake on Melbourne’s outer suburban sprawl.

Michael Buxton, Emeritus Professor of Environment and Planning at RMIT, calculates that about 9000 of the demolished houses were replaced with another house. The rest — about 23,000 — made way for townhouses, units and apartments.

“There is this view around that the middle-ring suburbs and established suburbs were not contributing to urban intensification, they weren’t pulling their weight,” Professor Buxton told The Age.

“There was a term even coined for it: ‘the missing middle’. But it’s a myth.”

Professor Buxton said much of the redevelopment was taking place too far from train stations or tram routes, leading to more, not fewer cars on the city’s already congested roads. 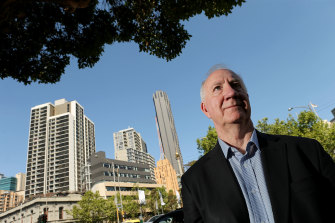 “Some of this development is concentrated around railway stations, but a lot isn’t and what that’s doing is leading to increased car use,” he said.

“The further out you get, the worse it gets — places like Knox where there are huge areas that are nowhere near train stations.

“So a lot of these 20,000-plus lots that are being redeveloped for high-density housing are well away from public transport, and so they’re not conforming to, or not consistent with, the government’s planning strategy.”

Matthew Kandelaars, chief executive of the Urban Development Institute of Australia which represents many apartment builders, said the ABS figures contained some good news for his sector – but not enough.

“These figures are likely to represent the replacement of an ageing home on a typically suburban quarter-acre block with two to four townhouses that are appropriate for that setting,” Mr Kandelaars said. “But not higher-density developments that would be more typical or appropriate near a major activity centre.”