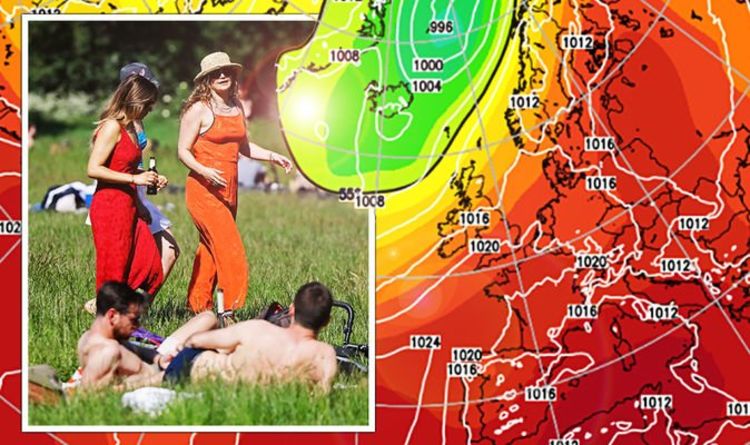 Netweather’s temperature charts show at the start of July, the mercury in most parts of the UK will rise to as high as 27C (80.6F) as a new warm front sweeps in from the Azores. Netweather’s charts, based on GFS model data, turn dark red on July 1 and show the high pressure coming in from France and covering most parts of the UK.

The charts show the trend starts immediately on July 1st at the height of the day at 3pm when the mercury could reach as high as 25C (77F) in south east England.

On Friday, July 2, the mercury will be slightly higher as temperatures soar as high as 27C (80.6F) in London and south east England.

A similar pattern also emerges across southern and eastern England with high pressure drifting in boosting temperatures to 24C (75.2F). 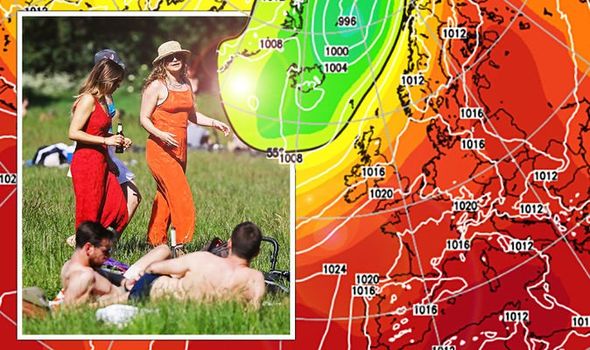 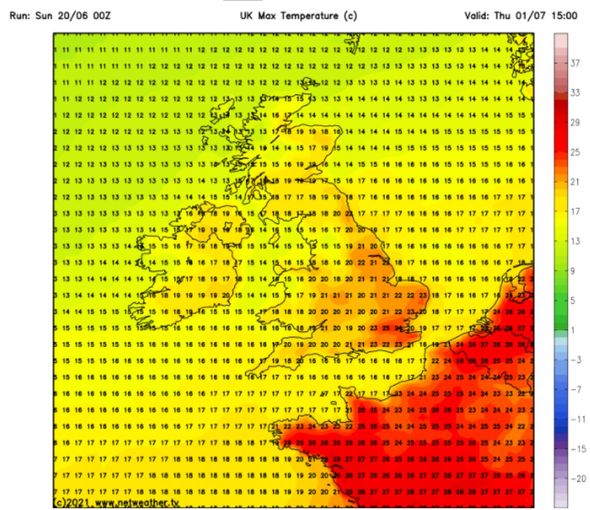 A spokesman for Netweather said of the start of July: “There is a signal for pressure to become relatively high to the east of the UK which may result in rather warmer weather establishing especially in the east of Britain, with winds blowing from the south or south west, and potential for thundery outbreaks.” 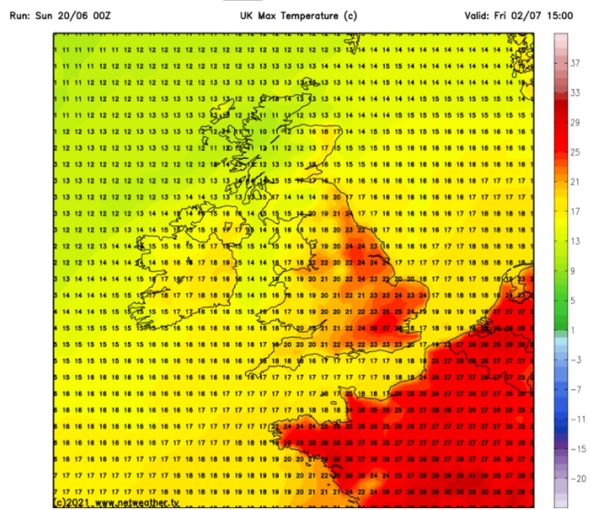 It comes as rain is expected to continue into the final full week of June following several days of showers across the UK and today.

Met Office meteorologist Alex Burkhill said parts of southern England could see 10-15mm or even 20mm in an hour today.

The total rainfalls could reach 30mm over two or three hours in areas of Kent, Essex and East Sussex.

Mr Burkhill said: “The heaviest rain will be in the south east, but partly because of the timing the impacts aren’t thought to be heavy enough to warrant a warning at the moment. 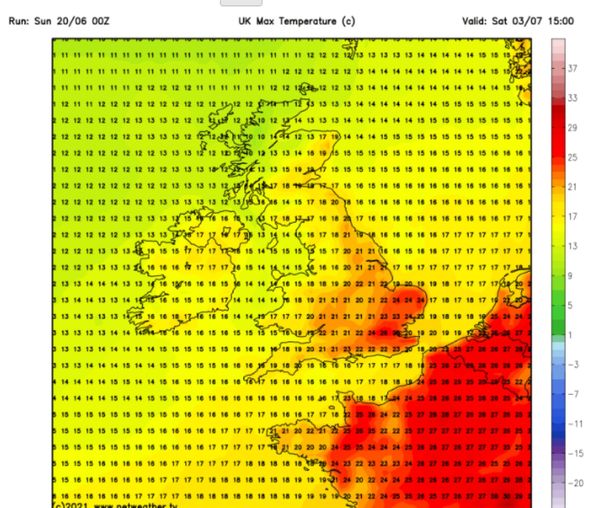 “On Monday there will be more showery rain coming up from the south affecting the southern half of England.”

He continued: “On Tuesday it is looking like a drier day, but more wet weather will come in from the west-north-west as we go into the latter half of next week.

“There will be some drier days but that is not to say that we have come to the end of this unsettled period.”

It is a similar picture across the UK, with all four countries facing at least another week of grey skies. 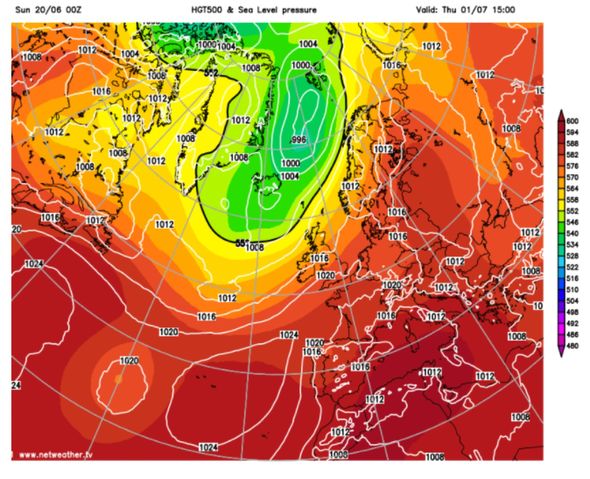 Mr Birkhall made clear: “There has been quite a lot of unsettled weather recently.”

“The heaviest has generally been across southern parts – moving in from the near continent, across the Channel and into the UK.”

The Driver and Vehicle Standards Agency (DVSA) has issued advice on driving safely through summer showers following the rainy weather.

The DVSA’s tips include allowing at least double the usual separation distance between your vehicle and the one in front, keeping speed down an using dipped headlights so that other drivers can see you.