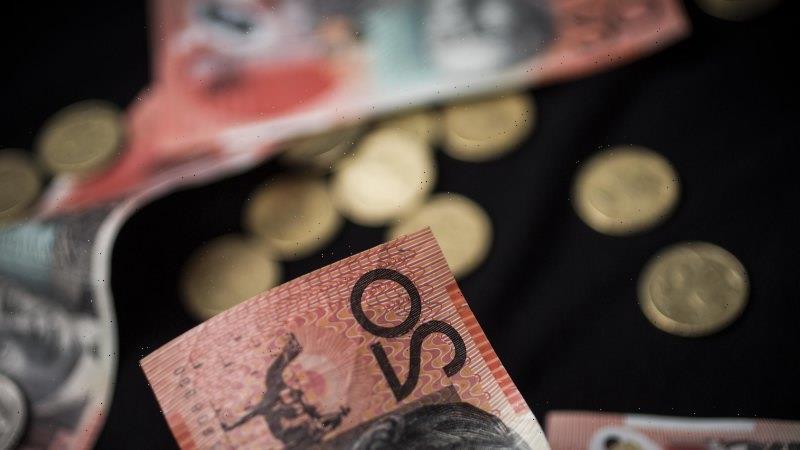 In the queue at my second favourite bakery. The sign on the counter says, “No Cash Accepted” but the guy at the head of the queue is losing his mind loudly. Shouts legal tender. Global elites. Surveillance. The young woman behind the counter remains calm. I’m always in a hurry but trying not to add instant yeast to flour.

Eventually (probably 120 seconds later), I say excuse me, the sign says clearly, “No Cash Accepted”. Guy looks me up and down. Does a furious snort then disappears. I apologise to the young woman. In that moment, I’ve appointed myself as the representative of all customers. 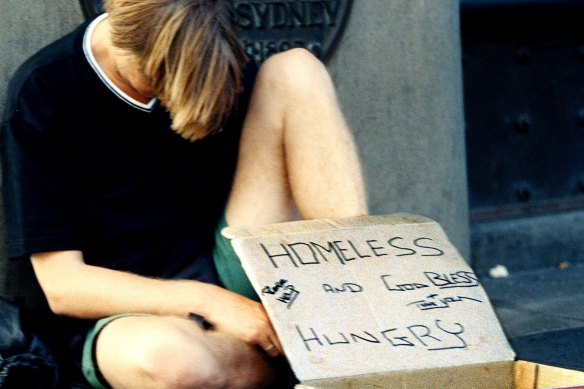 The begging bowl is yet to go digital. Credit:Tanya Lake

A few days later, this kind of exchange also happens at my favourite bakery. I’m about to give up all baked goods in desperation.

Heads up: if a retailer has a sign saying it doesn’t take cash, that’s legal. There are tiny flares of insurrection in shops across the country, but mostly we are happy tappers.

Fewer shops are taking cash. There’s been a 5 per cent drop in retailers accepting cash since February 2020 and most of us don’t use it anyway. Only one in four transactions in person is with cash. In the 10 years to June this year, the use of cheques has shrunk to nothingness but there’s been a rapid growth in debit card use, on average, 13 per cent each year.

We’re not yet as cash-free as Sweden. Only 9 per cent of Swedes use cash at all.

As Macquarie University’s honorary fellow John Selby, now also with the privacy consultancy firm Privcore, says, this all is fine except in an emergency. Ukraine. Lismore in the floods. Cash, he says, is resilient. Unlike our access to the internet.

I grew up in the era of cheques that took days to clear and cash deposits that only appeared in your account the next day. Now I use Osko and the money shows up instantly after my last keystroke. Magic.

Is this the end for notes and coins? Not yet. Like the paperless office, it has a way to go, says Massey Business School’s Claire Matthews, an expert in retail payments and banking. “We’ve reduced our volume of paper but we still use it from time to time,” she says. “Cash has been on the way out for years but there are still places it’s useful.”

She’s right. I can’t tap a card for the homeless bloke outside my local market or the homeless woman who sits near the local war memorial or the buskers down at Circular Quay. These folks turn out to be the only reason I go to ATMs, which are also disappearing at rapid rate since 2017.

I’d love to rely on the state to help those who can’t help themselves but I don’t think the state’s all that willing. Some charities (and even their chuggers) now offer tap options but that won’t help the homeless instantly.

University of Melbourne emeritus professor of finance Kevin Davis peers into the future and tells me the Reserve Bank of Australia is trialling a digital currency, which would remove the need for cash. We would all happily have digital wallets. Except for the bloke ahead of me in the queue who apparently thinks his every movement is tracked by sinister forces. He should be grateful – at least the bakery knows how many rolls to bake before he even steps in the shop.

Still, the digital wallet won’t work for the homeless or for the buskers, other than the rare ones who carry their own Square for cashless passers-by. Matthews suggests giving those who don’t gift cards for local shops.

OK, got it. Remember when every kid had a bank account? Just as we have Secret Santa, we need Furtive Fairy. Now there’s an account entry which should get everyone excited. Entrepreneurs, I present you a business opportunity with real teeth.