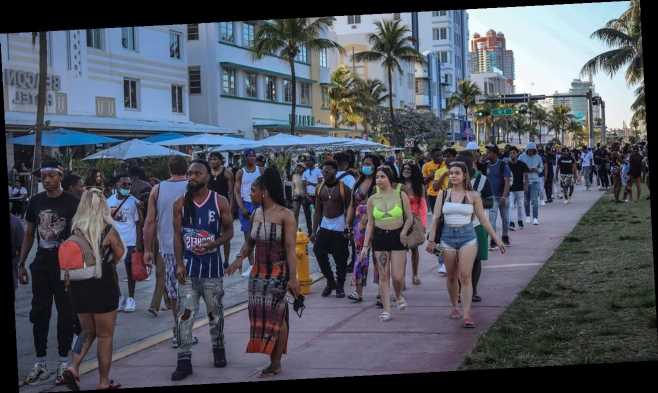 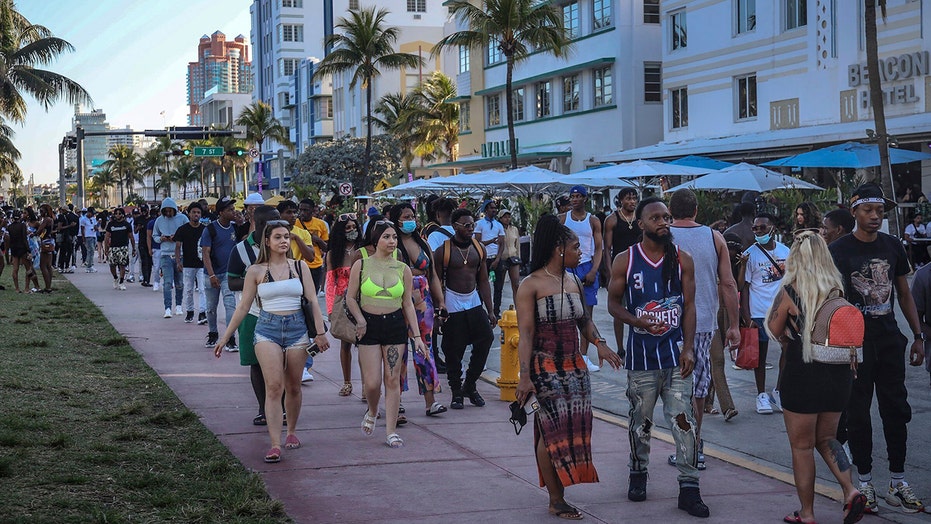 Cops along Ocean Drive began announcing the start of Thursday’s 8 p.m. curfew following the city’s crackdown on out-of-control partiers that has resulted in more than 1,000 arrests since February and the seizure of at least 102 guns, the Miami Herald reported. 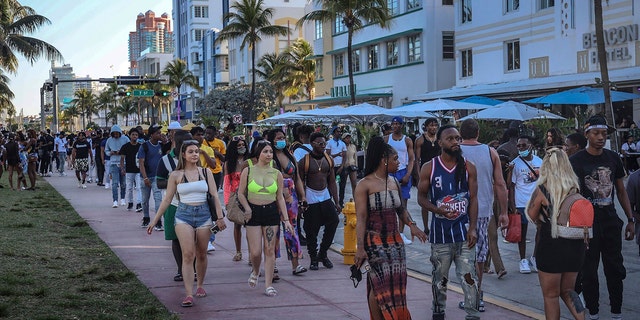 But some revelers still wandered along parts of South Beach post-curfew on the first Thursday since the new regulations went into effect, the newspaper reports.

“We’re trying to have fun,” said Brad Kopp, 21, of Pittsburgh, who learned about the new rules just a few days earlier.

“We had no choice,” said Kopp’s friend, 24-year-old Owen Blank. “The money was already spent.” 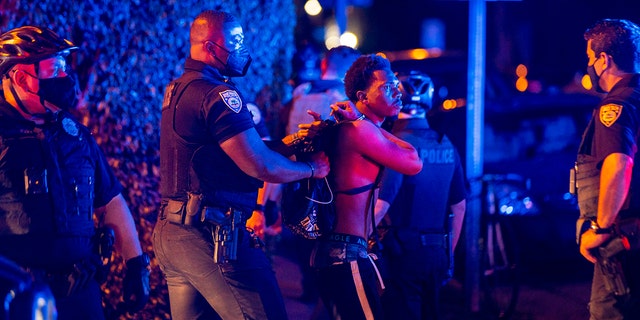 A man is arrested while out a few hours past curfew in Miami Beach, Fla., on Sunday, March 21, 2021. Miami Beach commissioners voted unanimously Sunday to extend the 8 p.m. to 6 a.m. curfew Thursday through Sunday in the South Beach entertainment district until at least April 12, effectively shutting down a spring break hot spot in one of the few states fully open during the pandemic. (Daniel A. Varela/Miami Herald via AP)

Other tourists kept trekking along Ocean Drive as the curfew took effect, according to the report. But a Miami Beach police spokesman told The Post early Friday that no arrests were reported, although he needed to check department records to confirm.

“We had much smaller crowds,” Officer Ernesto Rodriguez wrote in an email.

The curfew, initially put in place for 72 hours, was extended last weekend in South Beach’s entertainment district from Thursdays through Sundays until April 12. 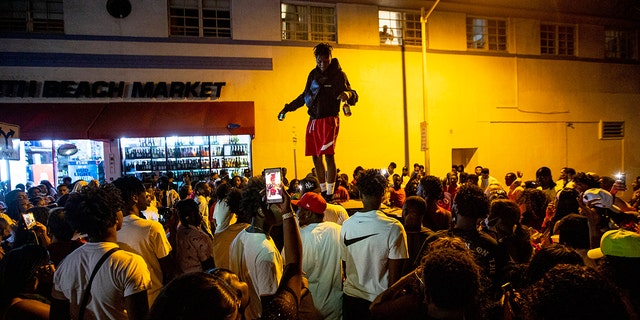 A man stands on a car as crowds defiantly gather in the street while a speaker blasts music an hour past curfew in Miami Beach, Fla., on Sunday, March 21, 2021. An 8 p.m. curfew has been extended in Miami Beach after law enforcement worked to contain unruly crowds of spring break tourists. (Daniel A. Varela/Miami Herald via AP)

City Manager Raul Aguila said more than half of those busted have been from out of state, many of whom were intent “to engage in lawlessness and an ‘anything goes’ party attitude.”

But the party “raged on” along Ocean Drive as several cops told partiers of the looming curfew, the Herald reported, with a strong smell of marijuana in the air.

Destinee Anderson, 24, of Nashville, said three officers in a golf cart cut her off as she walked along Collins Avenue.

“It makes it seem like they’re tough and that we don’t matter,” Anderson said.