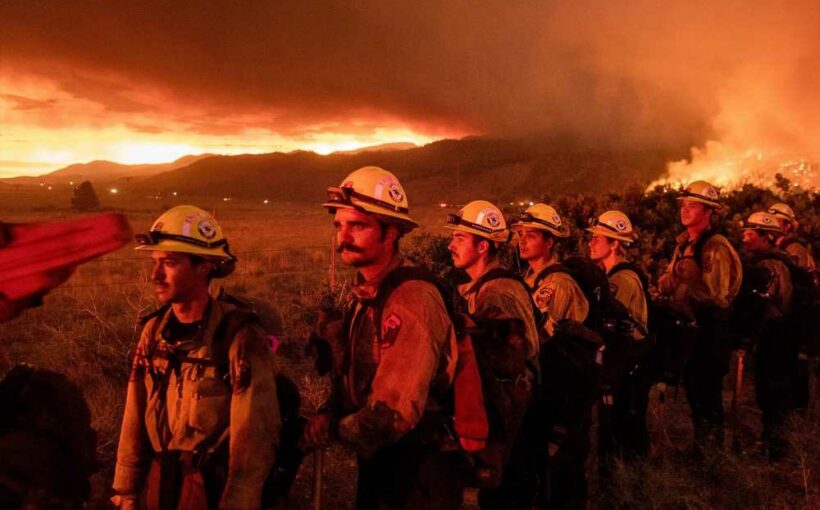 Dad accused of intentionally setting fire that killed his infant, her grandparents

At least 67 blazes ravaged around 918,000 acres (1,434 square miles) from Alaska to Wyoming, according to the National Interagency Fire Center.

Arizona, Idaho and Montana accounted for more than half of the large active fires.

The largest was the Bootleg Fire, which has ravaged about 316 square miles in southeast Oregon, state fire officials said.

The fire destroyed about 21 homes and threatened about 2,000 more, officials said.

Firefighters have been unable to contain blazes in the Fremont-Winema National Forest, near the Klamath County town of Sprague River.

“We are under extreme weather conditions. The humidity is low, the fuels are highly flammable and all those provide conditions for significant fire activity,” fire spokesman Daniel Omdal said Tuesday.

The blaze had threatened the power supply in California, disrupting service on three transmission lines providing up to 5,500 megawatts of electricity.

In Northern California, a pair of lightning-ignited blazes dubbed the Beckwourth Complex had torn through 145 square miles of land, including in Plumas National Forest.

The fires come as Western states have grappled with dangerously high temperatures for the second time in a couple of weeks.

Scientists said the excessive heat along with a climate change-fueled megadrought have contributed to the blazes.