Home » World News » Wildifires in Montana 2021: How many people were forced to evacuate? 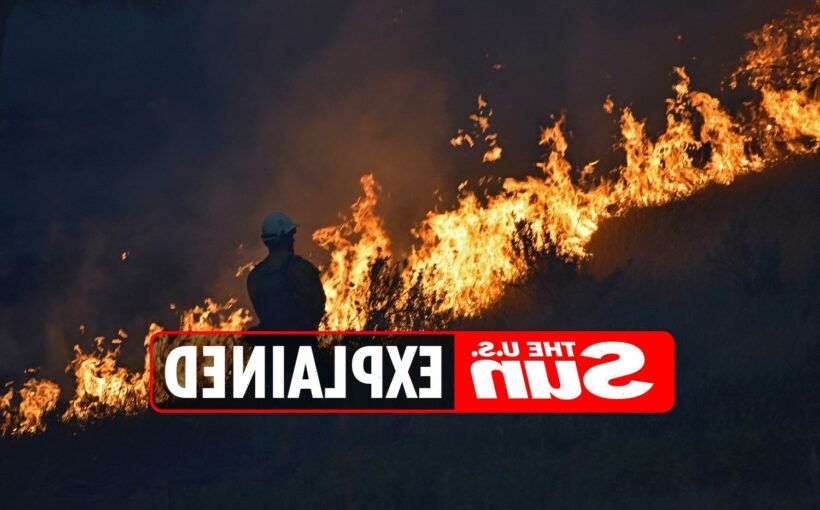 WILDFIRES continue to ravage through California, but Montana residents have been affected by the effects of the blaze.

Hundreds of residents in Montana have been forced to leave their homes to avoid the effects of the fires. 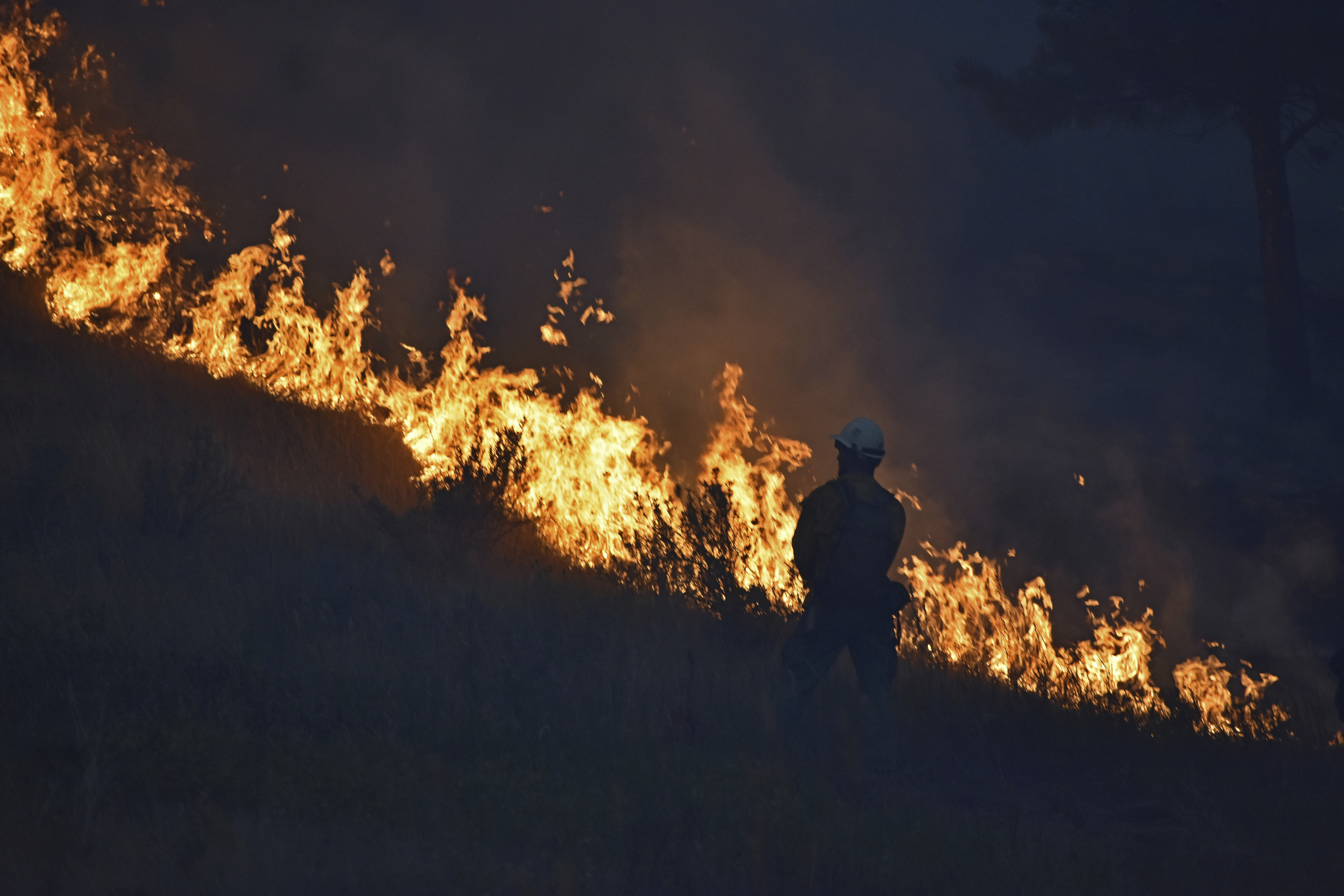 How many people were forced to evacuate Montana?

The Richard Spring wildfire, that's currently burning in the southeast of the state, has torched around 150,000 acres of land and is only 15 percent contained.

Several thousand people are said to remain under evacuation orders as the inferno rages across the Northern Cheyenne Indian Reservation.

The blaze was only two miles from the small town of Lame Deer – which has a population of around 2,000 people.

Residents in Ashland and Colstrip are also under evacuation orders and emergency shelters have been set up.

Aircraft have been pictured dropping fire retardant spray as crews try to get the blaze under control.

When did the blaze in Montana begin?

The fire, which started on August 8, 2021, is being driven by strong gusts and scorching temperatures with the mercury set to reach close to 100F in the coming days.

Montana currently has 25 active blazes – the most in the US – according to the National Interagency Fire Center.

Rancher John Pepper said he saw an orange glow emerge in the distance while riding his horse.

He told the Associated Press: “I don’t know if I’ll have a house in the morning.”

It’s not known if any homes have been destroyed. 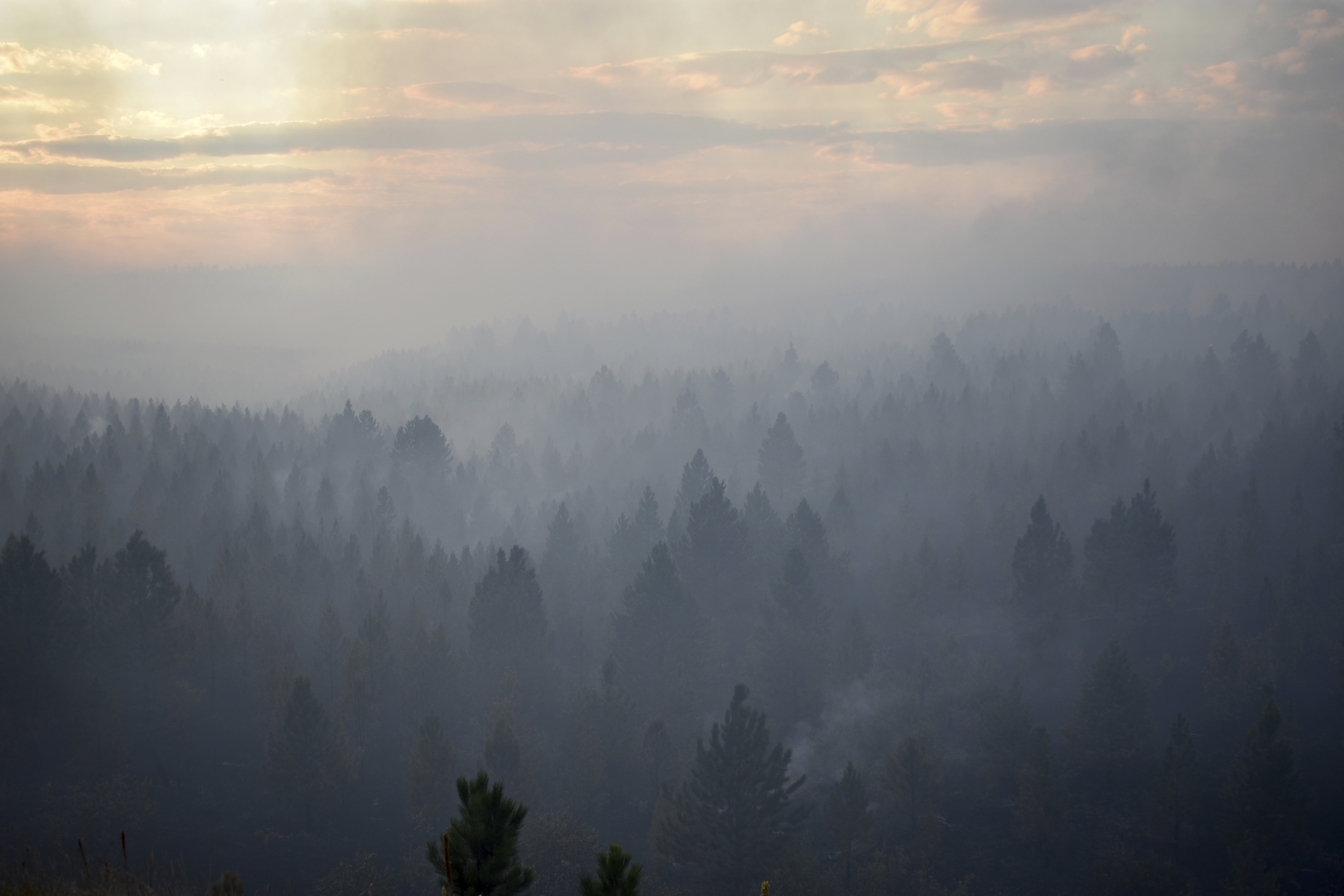 What other states are being affected by wildfires?

There are more than a dozen fires raging in the states of Idaho, Oregon, and Washington.

Meanwhile, there are 11 blazes currently burning in California as the Dixie wildfire continues to wreak havoc.

More than 500,000 acres of land have been scorched as the blaze engulfed an area larger than the size of New York City, according to the latest statistics.

The fire has already devastated the town of Greenville, which is located more than 300 miles away from San Francisco.

Fire chiefs estimate that the blaze is 30 percent contained, according to CNN.

More than 500 homes have been destroyed but fire chiefs warn that around 15,000 structures remain at risk.

Devastating before and after pictures show the extent of the devastation as the blaze leveled communities, threatening lives.

Homes and churches in Greenville are piles of rubble while satellite images show the damage to forests.

Cars have been abandoned as crews try to clear debris from roads.

Drier and warmer weather is likely to hit the state in the coming days as firefighters expect another "tough week", the Washington Post reports.

He warned that crews tackling the blaze are in “unchartered territory”.

Are residents being evacuated in California?

Residents were told to evacuate but some were reluctant, prompting confrontational stand-offs.

Gun-toting Californians reportedly ordered cops to “get off their property” as police advised them to leave the area.

Several fires continue to rage in California and smoke has caused air quality to deteriorate to very unhealthy levels.

Gov. Gavin Newsom declared a state of emergency for counties affected by the Dixie, McFarland, and Monument blazes.

Officials fear that this year is currently on track to be California's worst-ever fire season.

Where is there a heatwave going on?

Wildfires continue to rage as more than 150million Americans are bracing themselves for a multi-day heatwave.

The National Weather Service (NWS) has warned that "dangerously hot conditions" are expected in some parts of the country, particularly the Pacific Northwest.

In Oregon, meanwhile, Gov. Katie Brown declared a state of emergency on Tuesday as the region braced for triple-digit temperatures.

Cooling centers are being set up in vacant buildings in Portland while officials have sent emergency heat warnings to residents' phones.

This week's heatwave comes just a month after record-shattering hot weather killed hundreds in the Pacific Northwest when temperatures soared to 116 degrees Fahrenheit.

Meanwhile, temperatures in Spokane, Washington, are expected to climb to 109F by Friday.