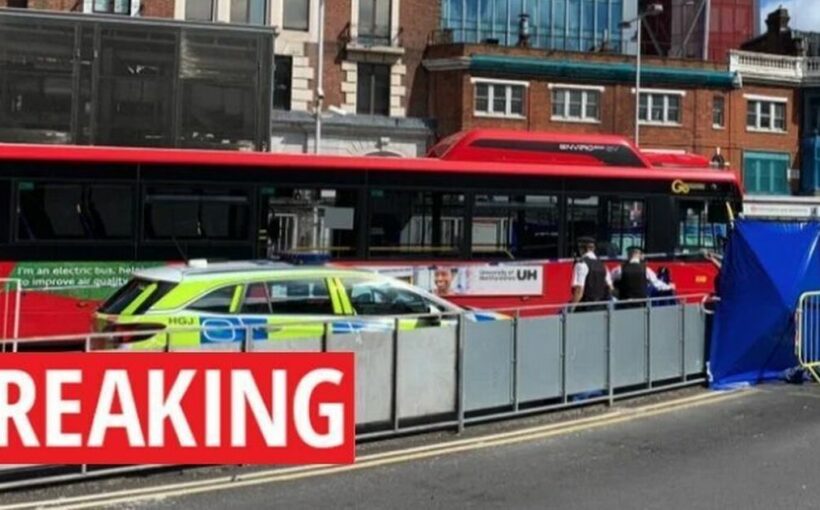 A woman has tragically died and two other people injured after two buses crashed outside Victoria Station in London.

Emergency services rushed to the scene just before 8.30am on Tuesday, August 10, following the crash, which is said to have taken place in front of a station packed with people on their morning commutes.

One of the buses involved was the 507 to Waterloo, which is a single-decker vehicle, MyLondon reports.

First aid was provided at the scene although, despite the best efforts of responders, a woman in her 30s was tragically pronounced dead around 9am.

The Metropolitan Police have confirmed that someone has tragically died following the incident and officers have cordoned off the bus station in Terminus Place.

Her next of kin are yet to be informed, the force has said.

Another person was treated at the scene but did not require hospital treatment, a spokesperson said as they confirmed two people were taken to a medical facility.

A spokesman said: "Police were called at 8.25am on Tuesday, 10 August to reports of a collision involving two buses and three pedestrians outside Victoria Railway Station.

"Emergency services attended and immediately provided first aid. One of the pedestrians, believed to be aged in her 30s, was pronounced dead at the scene at 9am.

"Her next of kin have yet to be informed. Two other people were treated for non-life-threatening injuries.

A London Ambulance Service spokesperson said: "We were called at 8.25am today (August 10) to reports of a road traffic collision at Victoria Bus Station.

"We treated three people at the scene, and took two of them to hospital. Sadly, a fourth person died at the scene."