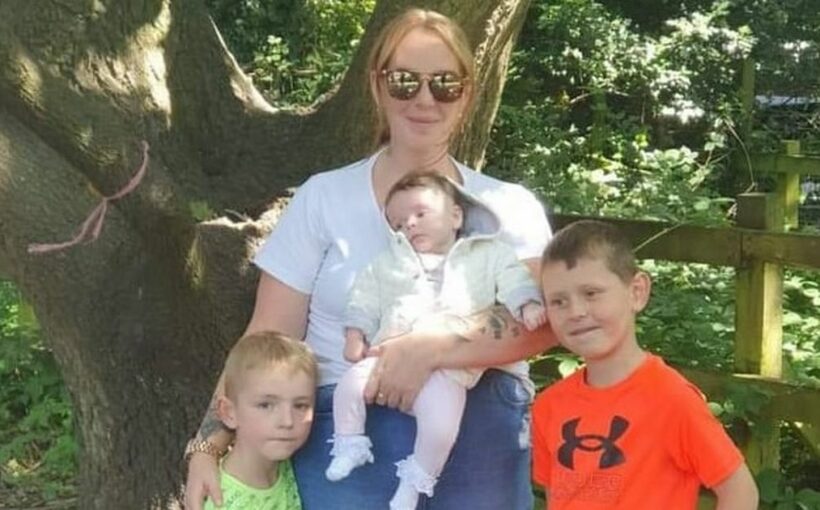 A mum claims a vile woman "spat all over her baby's face" on a family day out, while they waited at a bus stop outside a Lidl store.

Rachel Holden, 33, said she and her three kids aged five months, six and eight – were "minding their own business" in Rock Ferry, Wirral.

Then, she says, a random woman shot up and started a foul-mouthed tirade against the young family before she became violent.

Rachel told the Liverpool Echo that she and her kids were waiting for the bus to take them to a play centre nearby when they woman reacted after the kids jokingly groaned at their mum telling them the service would arrive in 20 minutes.

She said: “This women stood up really fast, turned around and screamed at us 'f**k off, you better f**k off.'

“I stood my ground and told her to get away from us but she was screaming at the kids saying she hated them, calling them brats and saying she was going to kill us all then she leaned over the baby's pram and spat all over her face."

Rachel claims two young boys came over to help and asked the woman to move away and leave Rachel’s children alone.

However, Rachel said the woman then attempted to hit them at 11.15am on November 13

“A lady from Rockchesters hair salon came over and took my kids a few metres away," Rachel explained.

“My friend was working in the community shop over the road and came out to help but this woman was swearing and screaming saying f*** off repeatedly.

“The bus came and the driver wouldn't let her on. She screamed at my friend and flew at her, grabbed her hair and knocked her glasses off into the road.

Rachel claims the woman was trying to punch them before a man intervened and "literally picked the woman off" Rachel's friend and escorted her away.

Merseyside Police was called to the scene following the alleged attack but it is not known whether the woman was arrested.

Rachel said her eight-year-old son is still “really upset” and "anxious" following the incident. She added that he has been suffering from nightmares.

“I've been having panic attacks and couldn't manage to take them to school," she added.