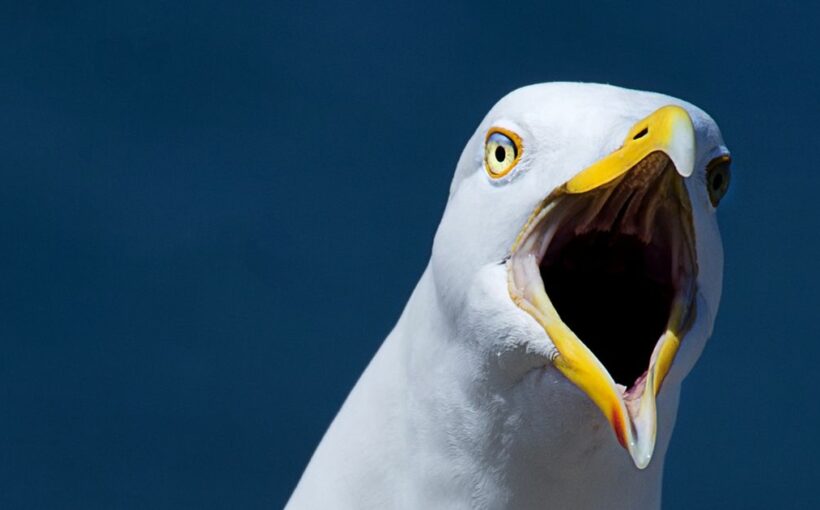 A woman who bit out a man's tongue before it was stolen by a seagull outside a Domino's restaurant has been spared jail.

Bethaney Ryan, 27, started arguing with James McKenzie who she had never met after a night-out.

She bizarrely began to kiss him when he came at her before savagely ripping off a 2cm by 3cm piece of his tongue with her teeth, EdinburghLive reports.

A hungry seagull swooped down and flew off with it in its beak after Mr McKenzie spat it out into the pavement in shock.

A court heard she had been taking "various pills" and "lashed out" after scolding him over cars being vandalised in August 2019.

Sentencing at Edinburgh Sheriff Court, Sheriff Nigel Ross told her “the injury was a serious one” but he had to take into account several factors.

He said due to there being “provocation” during the incident and very detailed social work and psychological reports into her background he was satisfied custody could be avoided.

Last month the court was told Ryan and Mr McKenzie clashed as they passed each other at the capital’s Leith Walk at around 8pm on August 1, 2019.

Prosecutor Susan Dickson said the pair did not know each other but “an argument developed” between them despite Ryan initially trying to walk away.

The fiscal depute said Mr McKenzie approached Ryan with “a clenched fist” leading her to retaliate.

Ms Dickson said: “Miss Ryan, somewhat oddly, responded to that by pushing him on the body and kissing him.

“She kissed him on the lips and during the course of that she bit through his tongue which caused a piece of his tongue to be removed.

“Mr McKenzie walked off and spat a part of his tongue out at which point the piece of muscle was picked up by a large seagull that made off with the piece of tongue.”

He was taken to hospital "oozing with blood" but could not get his tongue reattached.

Neil Martin, mitigating, said: “She was out socialising and had been consuming various pills and found herself outside the Dominos restaurant on Leith Walk.

“She noted a group of younger people were making their way up Leith Walk and there were concerns about cars being vandalised and there was a fairly poor attempt at remonstrating with them.

“The complainer gestured towards her and she reacted and lashed out in the manner liabled.”

Ryan, from Lochend, Edinburgh, previously pleaded guilty to assaulting James McKenzie by pushing him on the body, kissing him and biting off part of his tongue to his severe injury and permanent disfigurement at Leith Walk, Edinburgh, on August 1, 2019.

She was been placed under the supervision of the social work department for the next two years and ordered to attend for drug treatment sessions when required to do so.

Sheriff Ross said: “In the background is custody and that remains open to me if the order is breached.”