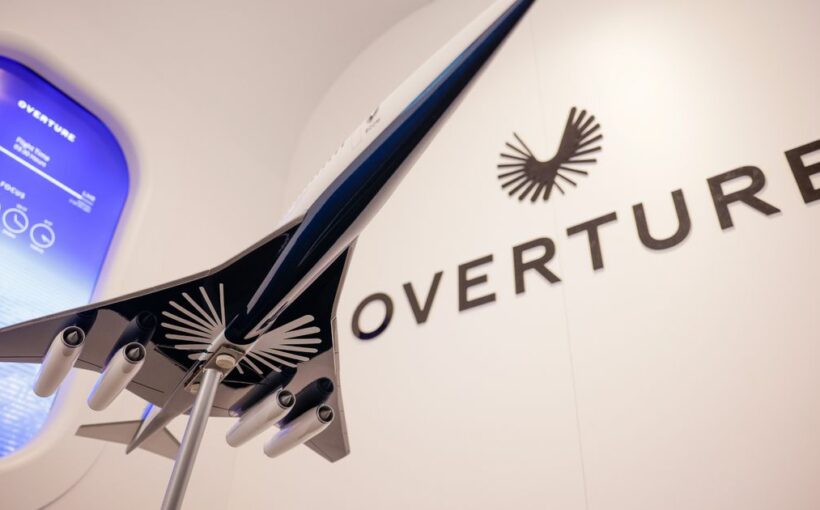 The world's first real alternative to the supersonic Concorde plane – which was retired in 2003 – could be taking passengers across the world by the end of this decade.

Made by Boom Supersonic, the Overture craft has been bought by America Airlines.

But the world's biggest airline hasn't just bought one, it has spent a whopping £24 billion on purchasing 20 of the aircraft.

And it has the option of buying another 40 more any time it wants.

Each one of the machines will be able to take around 65 to 80 passengers around the world in lightening fast times.

For example, it can fly to Miami from London Heathrow in just under five hours – it currently takes nine long hours in today's planes. Impressively, the beastly machines have already had more than 26 million hours of designing and testing put into them, and it will fly on 100% sustainable aviation fuel – which is great for the environment.

It will have four engines, and does look a lot like Concorde in shape and aesthetic.

A spokesman for Boom Supersonic, which also sold 15 aircraft to American Airlines' rival United Airlines last year, said: “Overture is the first airliner in a new era of sustainable, supersonic flight. “Flying at twice the speed of today’s passenger airlines, Overture opens the door to a dramatically more accessible world, where we can experience first-hand more people, places, and cultures.

“The new Overture design is the culmination of 26 million core-hours of simulated software designs, five wind tunnel tests, and the careful evaluation of 51 full design iterations.

“It will fly Mach 1.7 over water with a range of 4,250 nautical miles. Its design elements are expertly engineered for peak supersonic performance, and it will go into production in 2024.

“The new supersonic era will allow us to reshape how and where we spend our time, offering travellers more moments to enjoy life where it matters most, with the people who matter most.”

So far, no British airliners have made an order for the game-changing aircraft, although the company states that it will be able to fly on “twice as many of the well over 600 identified optimal routes in a day”.