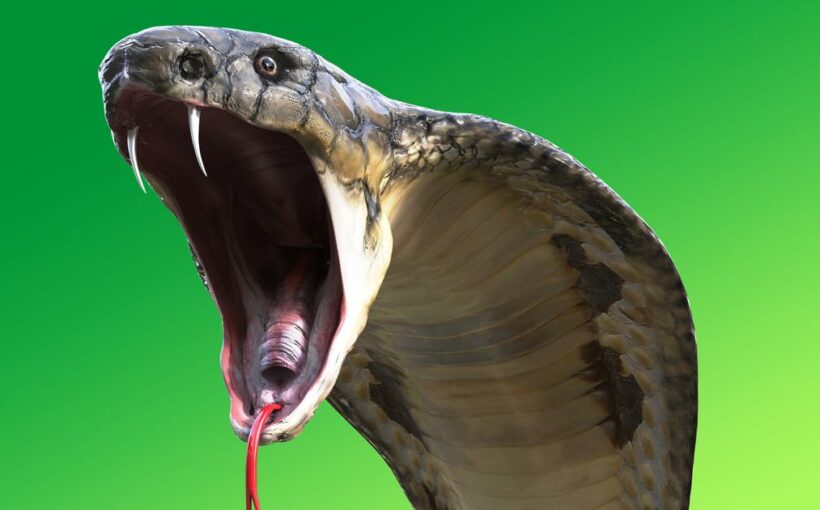 A man had an unlikely partner in his tent as he was joined by a venomous snake who he spent all night with.

Dacha, from the northern province of Phitsanulok province in eastern Thailand, posted the stunning images on Facebook of a snake escaping from the tent in the morning.

Many users who saw Dacha's post has identified the snake as a Siamese spitting cobra who managed to slip away when he dissembled the tent slithering out of the tent at the Dok Krai reservoir in Rayong province.

His Facebook post stated: “It’s almost gone. I suspect that it slept with me all night. I just saw it as I took down the tent this morning.”

Dacha was notified by users that the cobra's bite can easily be fatal to a human and in some cases, doesn't even need to bite to kill.

A spitting cobra is labelled as one of, if not the most dangerous snake in the Asian nation and is capable of spitting venom from a distance with very accurate aim.

Venomous snakes and dangerous wildlife is part and parcel in Thailand, demonstrating Dacha's courage to go camping with the likelihood that he could potentially encounter one of these animals.

Just recently, tourists in Kanchanaburi were warned of a tiger spotted around the tourist spots of Srinagarind Dam and Erawan Waterfall.

It was only last week when a Thai man came across a golden cobra behind his house, before he put it into a sack to raise the deadly snake as a pet.

Realising the potential danger he may be in with a cobra in his home, he soon released the animal back into the wild.