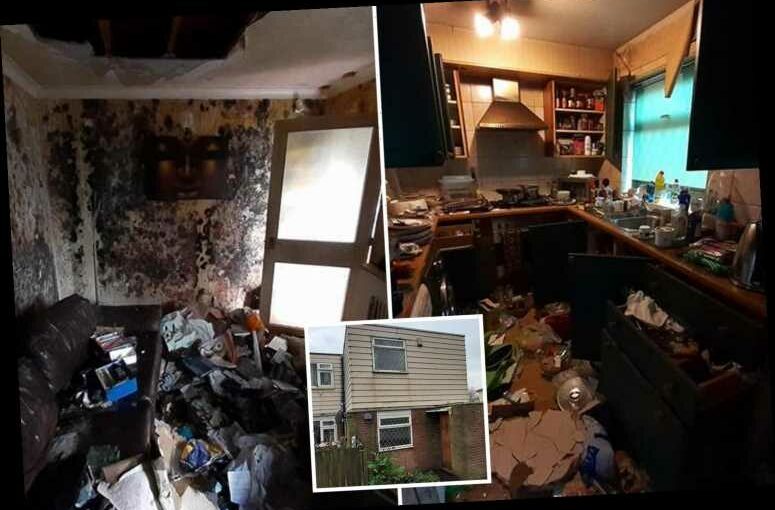 A HOUSE dubbed the worst in Britain has gone on the market for just £2,000 – but potential buyers have been warned it needs A LOT of work.

Located in Bradford, the mucky maisonette is filled to the brim with the former occupants' mess – and is being flogged for the same price as a 10-year-old Ford Fiesta. 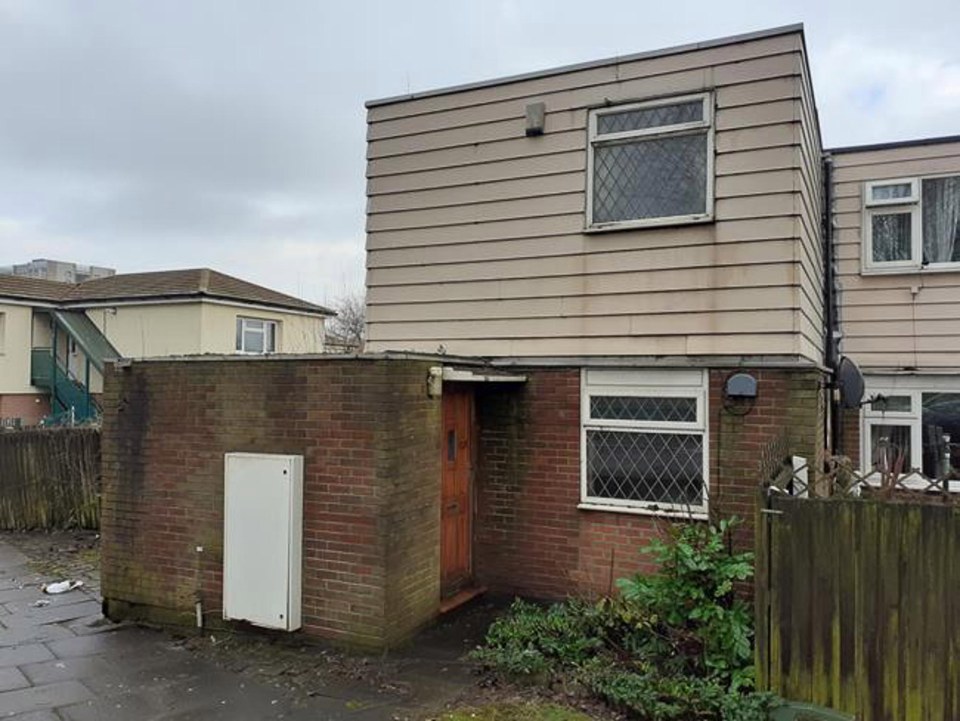 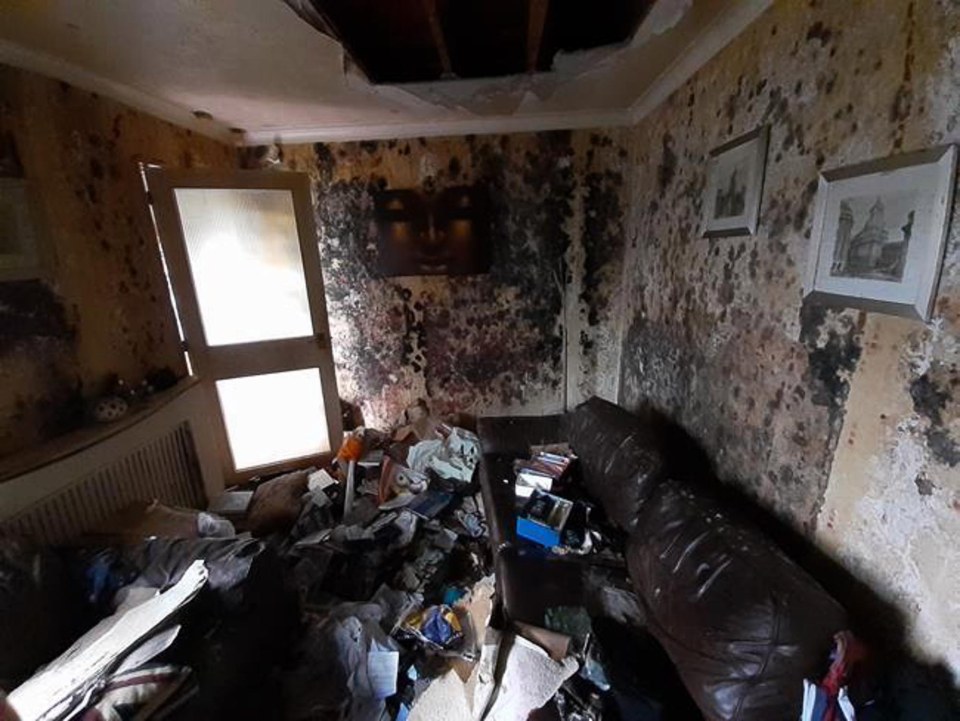 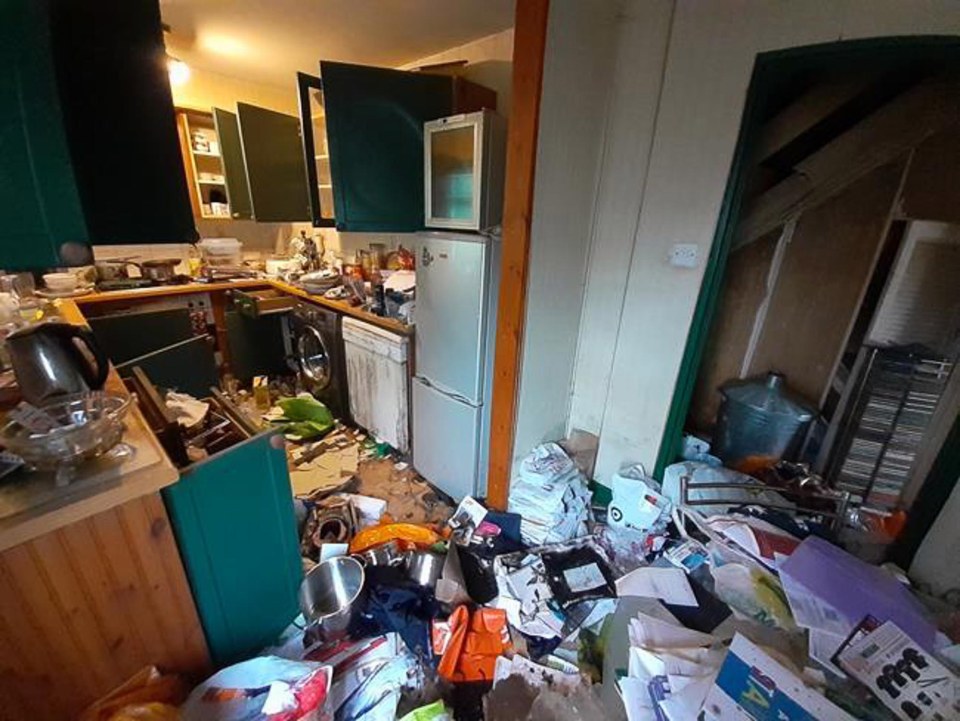 The unoccupied dilapidated property is on a housing estate on Hawkshead Drive in Bradford, West Yorkshire – and comes with mould-covered walls and utensils scattered across the kitchen.

A rack of discarded CDs sits in the lounge alongside mounds of mess left by former occupants.

Letters are piled behind the door still waiting to be opened, coats remain on hooks in the hallway, and shelves are stacked high with VHS video cassettes.

And the kitchen looks as if it's been ransacked – with food still sitting in the open cupboards and rubbish piled up on the floor. 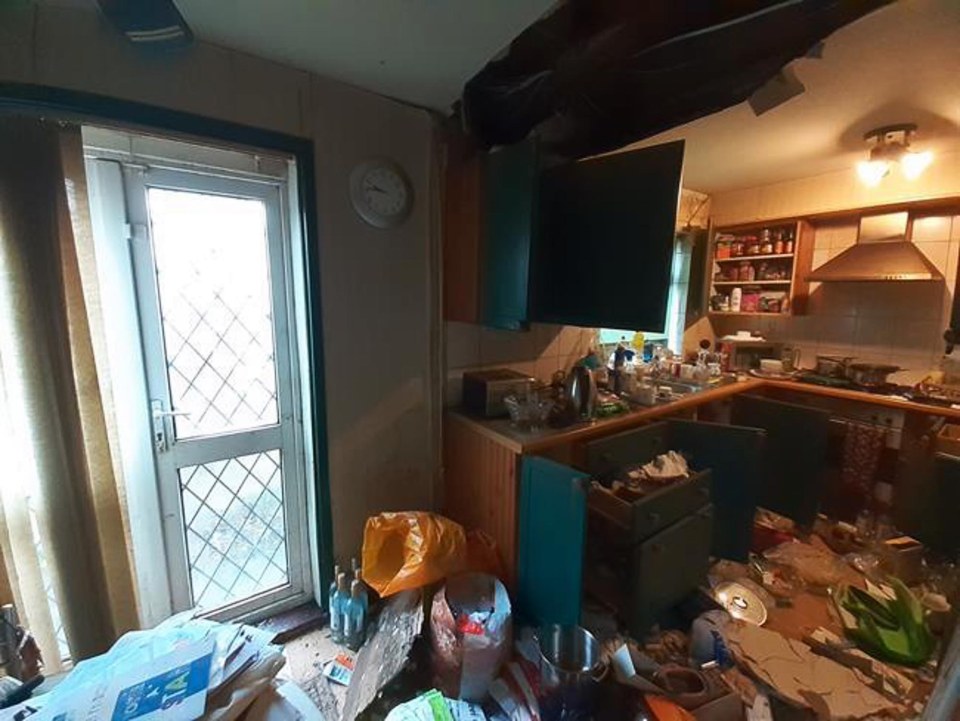 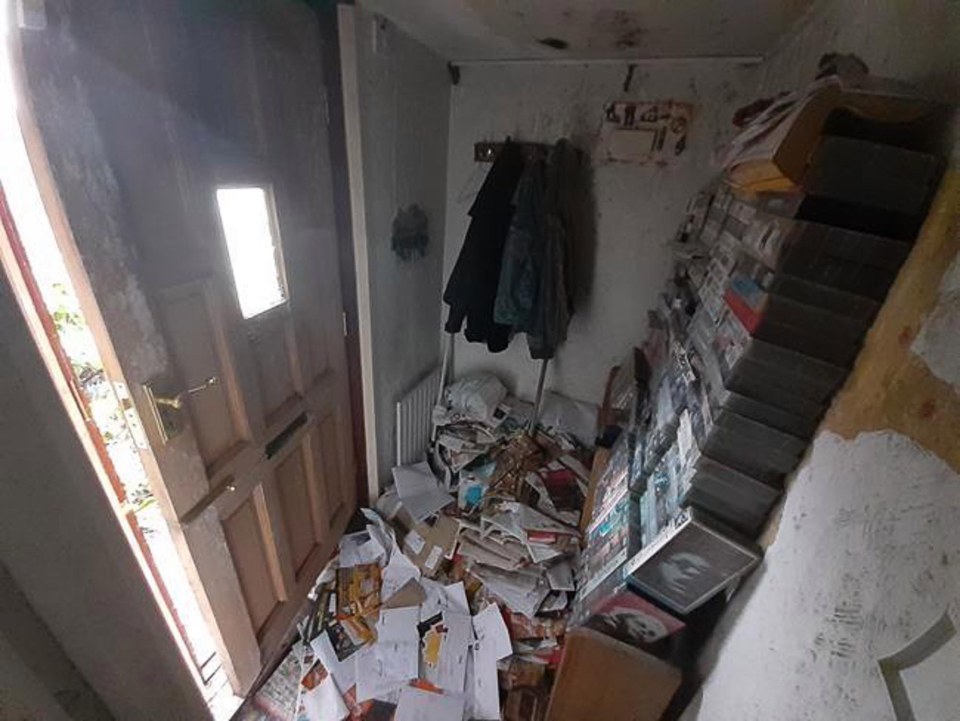 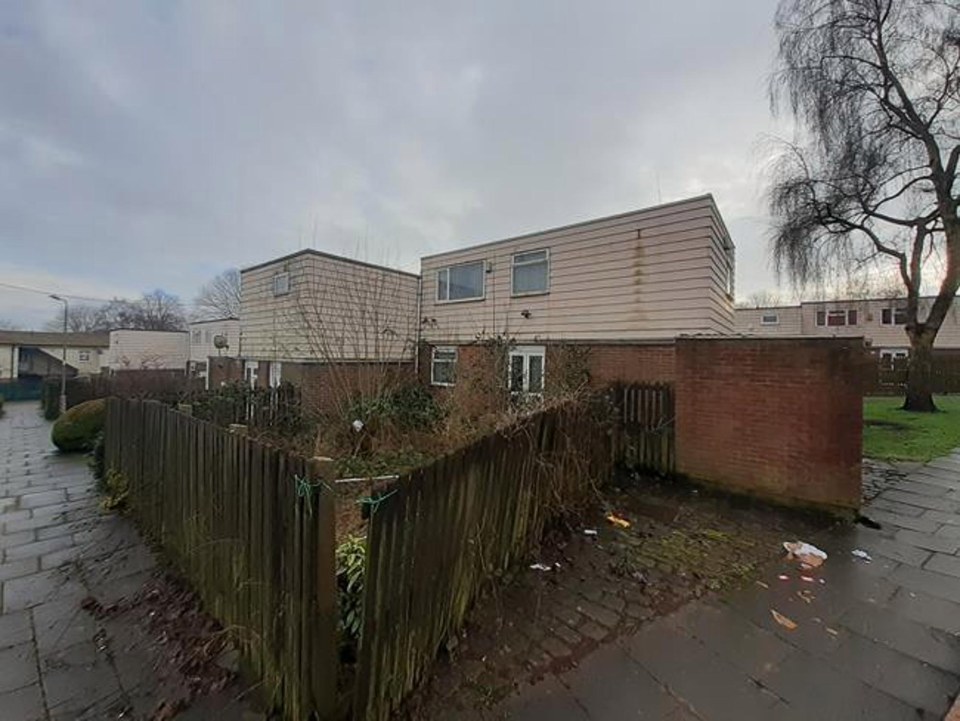 Parts of the ceiling have collapsed, with electric wires on show from above, while picture frames still hang from the mould-infested walls.

Outside, the garden is completely overrun with bushes and is surrounded by a broken wooden fence.

After being neglected for months, the property has suffered severe water damage – meaning a full refurbishment is needed.

Brave bidders could bag themselves the house for cheap – but will face months of renovations to make the property liveable again. 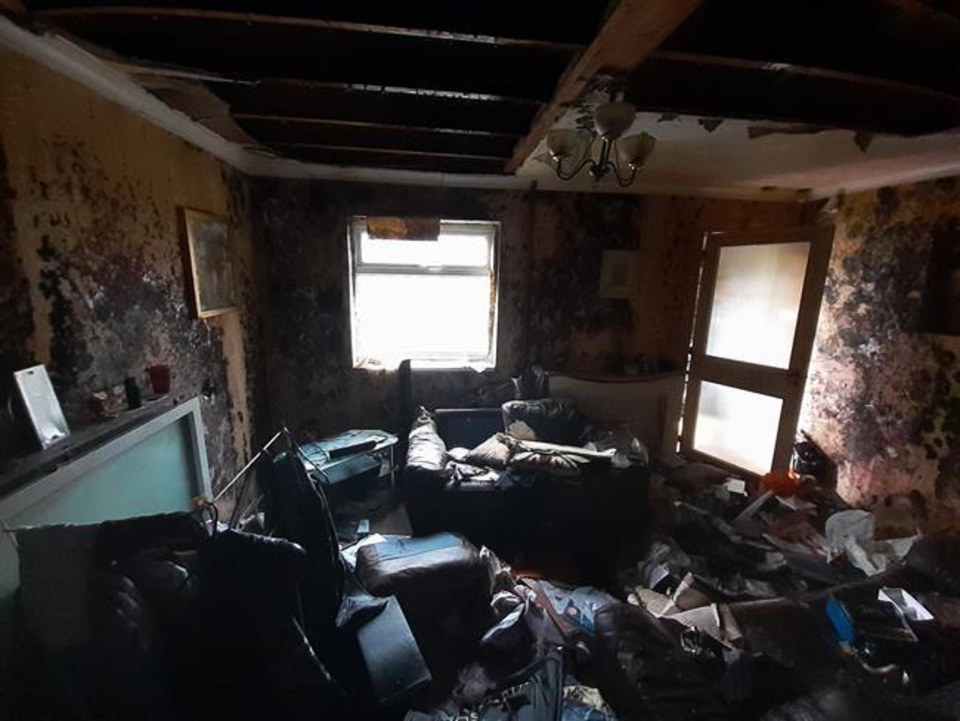 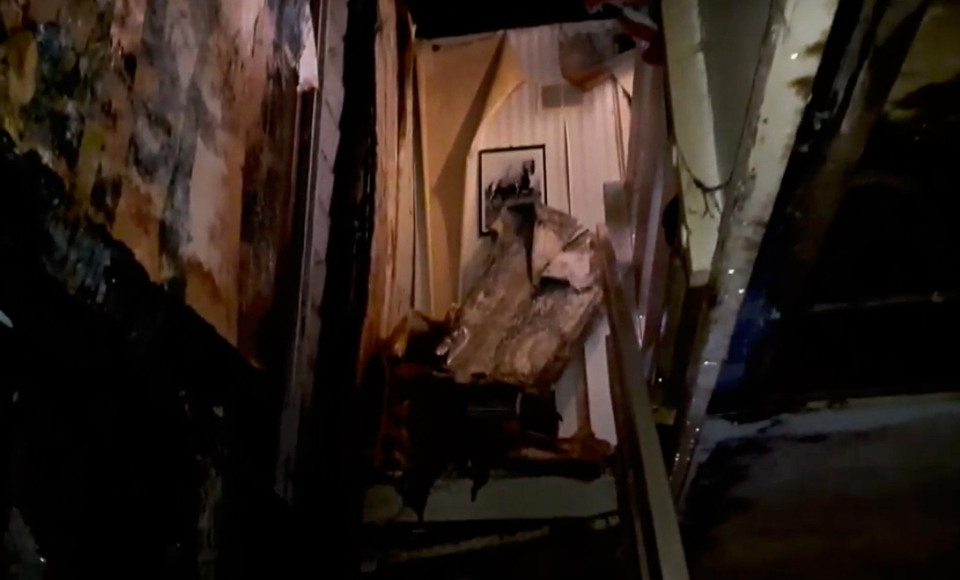 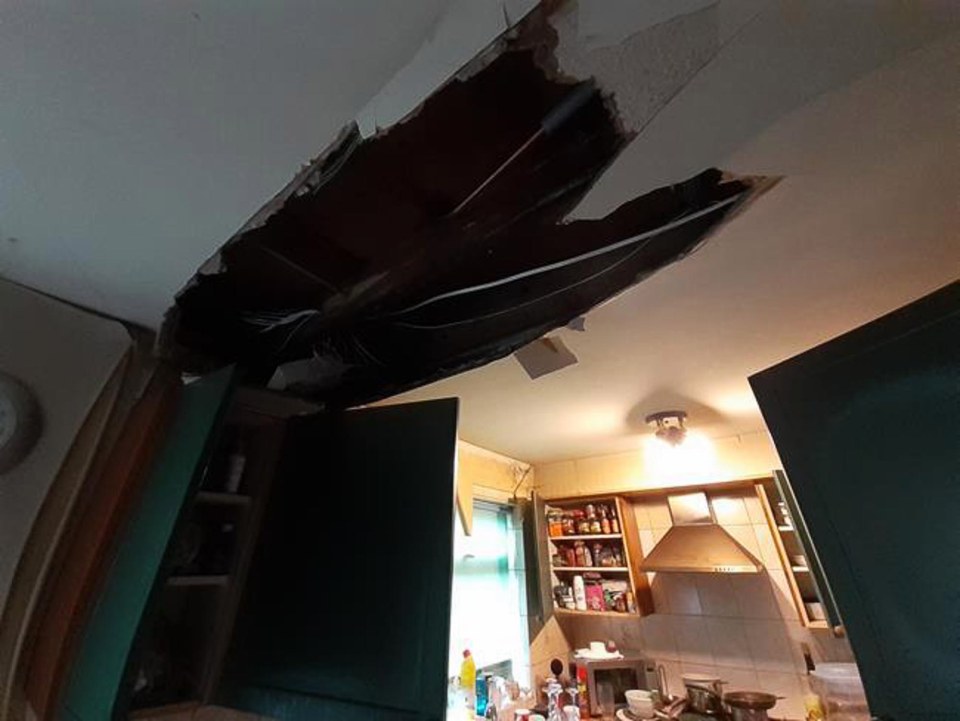 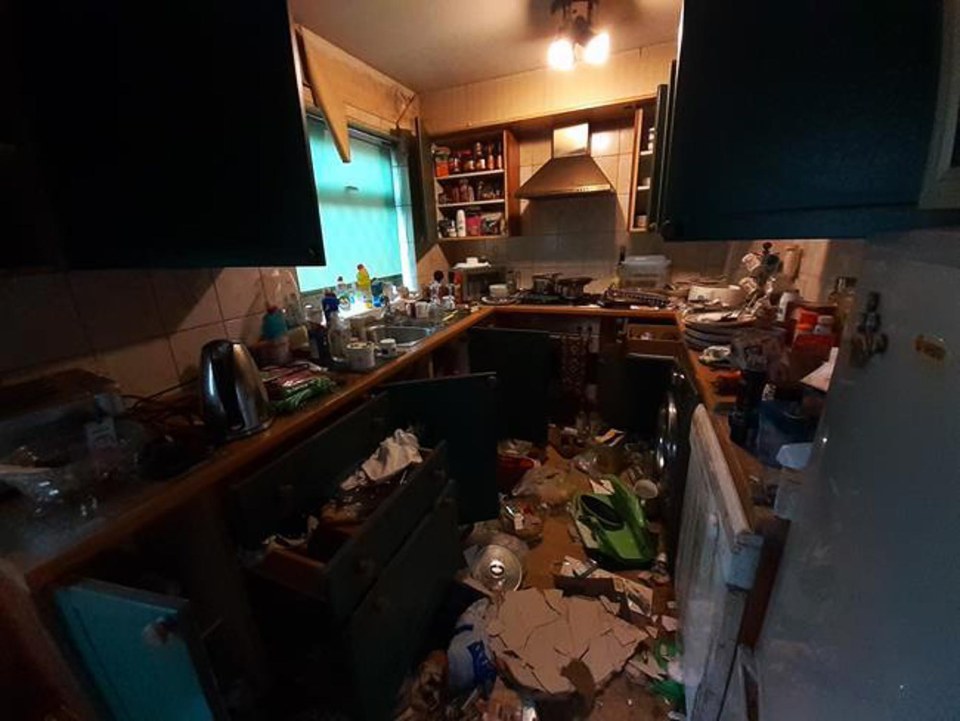 The property will go under the hammer at a property auction later this month and is what estate agents call a "doer upper."

Would-be buyers are told: “Freehold 3 bedroom end terrace subject to a service charge in need of full refurbishment throughout.

“The property has not been lived in for several months and suffered considerable water damage.

"Bradford University, The Leisure Exchange retail complex and Bradford Interchange (Bus & Rail) are all within 1 mile which connects Leeds, Huddersfield and Manchester Victoria.”

The property is set to be sold by Public Online Auction on February 24. 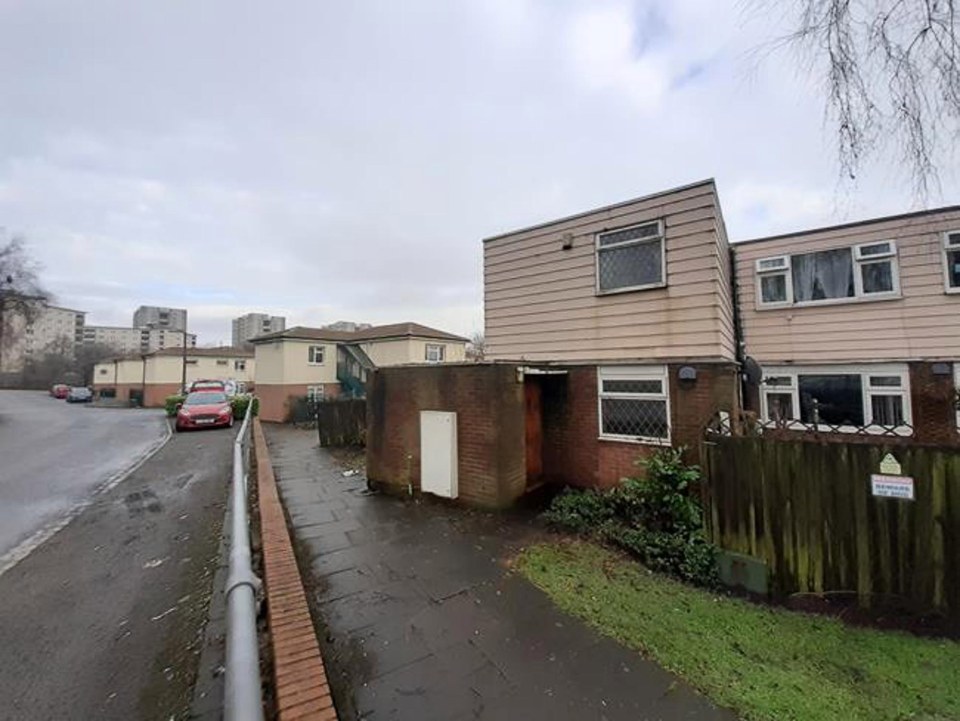 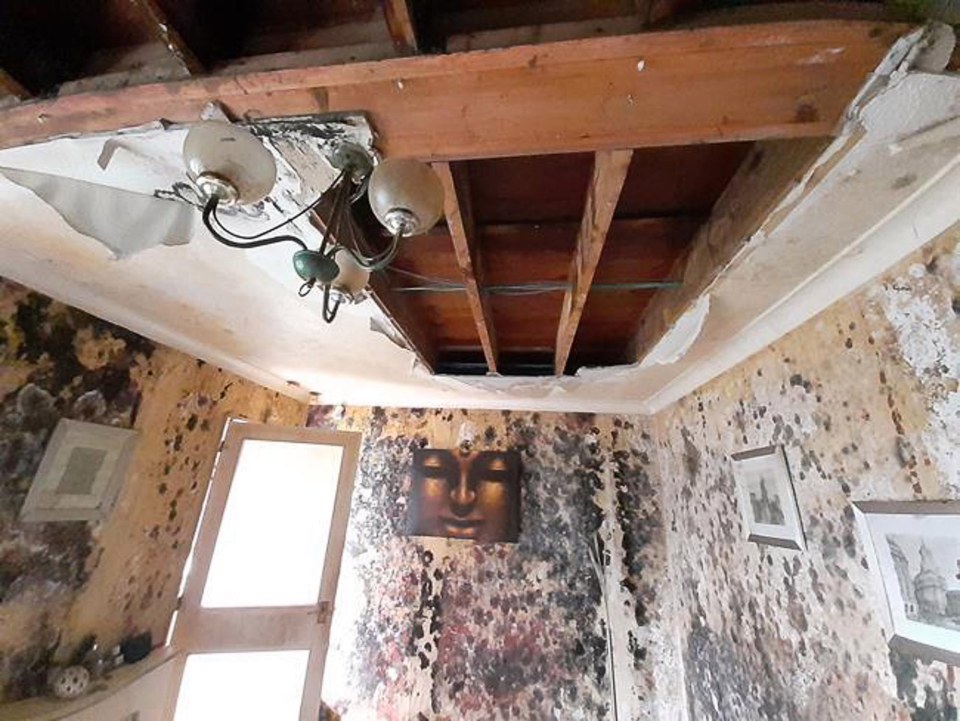