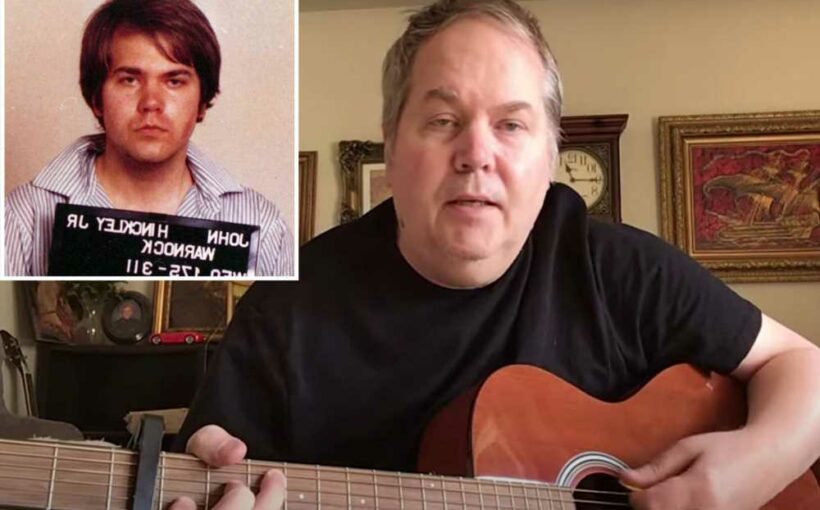 Ronald Reagan assailant John Hinckley Jr. wants to be the next Elvis Presley

Judge rules John Hinckley Jr. can move out of his mom’s house

John Hinckley Jr., the gunman who attempted to assassinate President Ronald Reagan in a bid to win actress Jodie Foster’s heart, has traded his six-shooter for a six-string — racking up thousands of views on YouTube with his guitar renditions of sentimental love songs.

Hinckley, now 66, won a lengthy court battle last year, freeing him to publicly display his music, writings and other art, and potentially make a living in the recording industry.

Since then, Hinckley has published a half-dozen videos to a YouTube channel bearing his real name, starting with a performance of an original composition titled “Majesty of Love.”

Of the six performances posted to the account since December, four are original songs, while two are covers: Elvis Presley’s “Can’t Help Falling in Love” and Bob Dylan’s “Blowin’ in the Wind.”

Most are recorded in a room lined with at least five clocks visible behind Hinckley.

On March 30, 1981, Hinckley opened fire on Reagan outside a Washington, DC, hotel, emptying his revolver.

The president was struck by a round in the chest, and three others were also wounded in the barrage, including press secretary James Brady, who would remain partially paralyzed for the rest of his life.

Reagan was hospitalized for nearly two weeks, but survived.

Hinckley harbored an obsession with the movie “Taxi Driver,” likening himself to Robert De Niro’s titular lone-wolf hack, Travis Bickle, and fixating on Foster, who portrayed a child prostitute in the cinema classic.

In the years preceding the assassination attempt, Hinckley stalked Foster and attempted to gain her attention, before ultimately plotting to kill the president — mirroring Bickle’s aborted bid to murder a fictitious political candidate.

Hinckley was found not guilty by reason of insanity and committed to a psychiatric institution, where he spent 35 years.

In 2016, Hinckley was cleared to move in with his mother in Virginia, and two years later to live on his own.

Upon discovering Hinckley’s creative outlet, viewers plastered the comment sections of his videos with reviews, many of them morbid jokes about his claim to infamy.

“This is definitely a more constructive way to get Jodi [sic] Foster’s attention,” wrote one user.

Cracked another, “Might’ve failed assassination but you didn’t fail to hit those beats.”

But others were pleasantly surprised by Hinckley’s tunes, lavishing praise on “Majesty of Love” and wishing him well.

“When I heard you were released and making songs on YouTube I thought it was a joke, but far out this was such a beautiful song,” wrote one fan. “You are very talented, please make more.”

Added another, “came for the meme, stayed because it’s actually pretty good.”