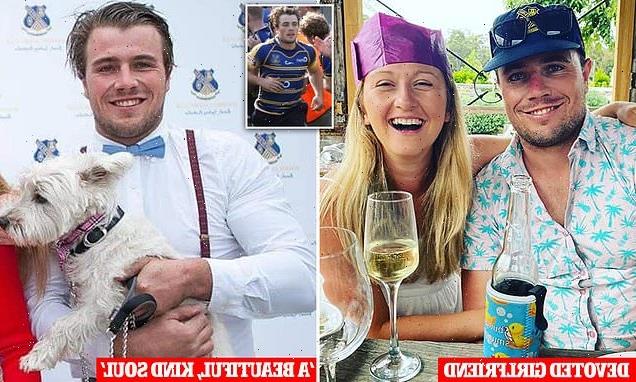 EXCLUSIVE: Talented young rugby player and former soldier tragically takes his own life after battling demons and the social isolation of Covid – as his girlfriend reveals her devastation over being unable to save him

A talented rugby player and former soldier who was struggling with his mental health and the social isolation of Covid has left his partner and friends in deep shock after taking his own life.

Scott Sarson passed away last week, with his devastated partner of seven years Grace Clueit revealing he had been battling demons that were ‘occupying (his) mind and soul for such a long time’.

Mr Sarson, originally from London, had most recently been the Director of Rugby at the Waverley Rugby Club in Sydney’s eastern suburbs, where he was praised for helping the club win its first major trophy in 30 years. 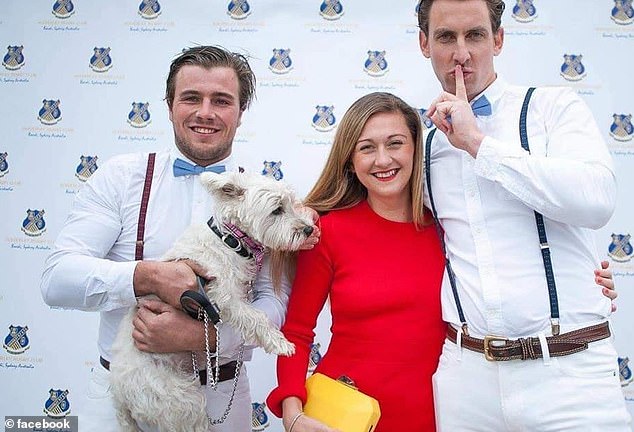 Tributes are flowing for rugby player and former paratrooper Scott Sarson, left, after he took his own life last week. He is pictured with his partner Grace Clueit and a friend 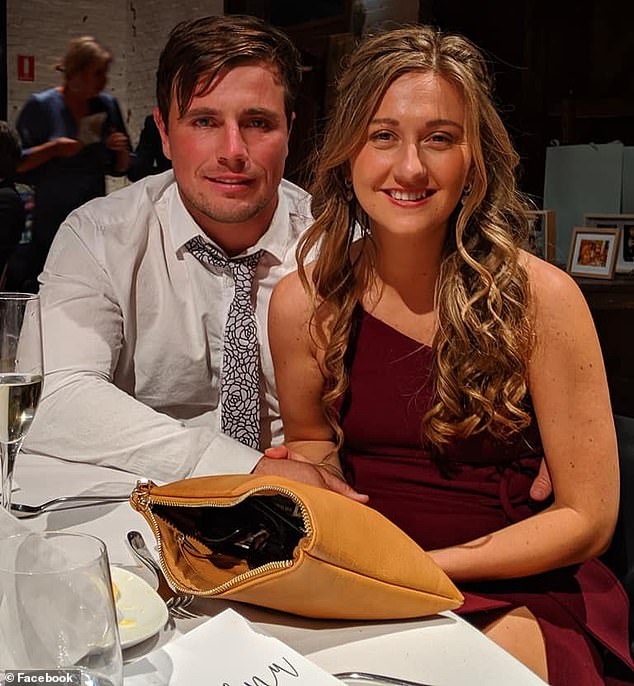 He previously spent six years as a paratrooper in the British Army with the 2nd Battalion, Parachute Regiment. He was stationed in Afghanistan, Kenya, Netherlands, Germany, France, Cyprus and the Falkland Islands.

Mr Sarson came to Australia not long after finishing his time in the army, and for the past year had been a senior consultant at a recruitment company.

Ms Clueit revealed Mr Sarson had died in a heartbreaking public Facebook post where she paid tribute to her partner.

‘It is with the heaviest heart I share with you that Scott has taken his own life. Such a beautiful, kind, caring soul who is loved by so, so, so many,’ Ms Clueit wrote.

‘Too many people have been affected by this. I’m so grateful to have spent seven years of my life with you, all those memories.

‘So many demons have been occupying your mind and soul for such a long time and I’m so happy you are finally free of that pain, that deep agony you have carried for so long. I now feel that pain you were carrying but you are free of it. Finally at peace.’ 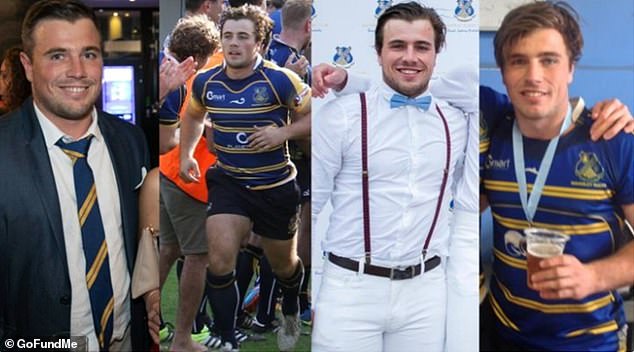 Mr Sarson, originally from London, was most recently the Director of Rugby at the Waverley Rugby Club in Sydney’s eastern suburbs 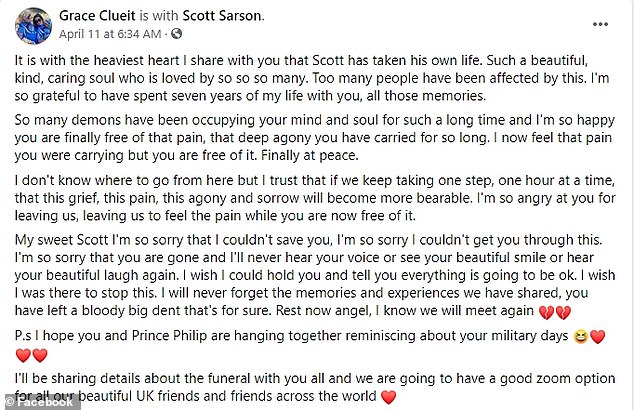 In a heartbreaking Facebook post, Ms Clueit revealed how her partner had been battling demons that had been occupying his mind and south for many years

Ms Clueit said she was devastated she will never get to hear Mr Sarson’s voice or see his smile again but will cherish the memories and experiences they shared together.

‘I wish I could hold you and tell you everything is going to be OK. I wish I was there to stop this. I will never forget the memories and experiences we have shared, you have left a bloody big dent that’s for sure. Rest now angel, I know we will meet again.’

She added: ‘I hope you and Prince Philip are hanging together reminiscing about your military days.’

A friend of Mr Sarson’s told Daily Mail Australia that he had a lot to offer rugby and was a very pleasant and likeable young man.

‘We knew he had some issues with what he dealt with in the army, he was quite open about it. But his death still comes as a terrible shock,’ the friend said.

‘Covid shut everything down for a while. After the (rugby) games you couldn’t really kick on because the social activities were restricted.

‘The club and people can support you only so far but as an expat without having  family, and military support he would have got back home, it’s very difficult. 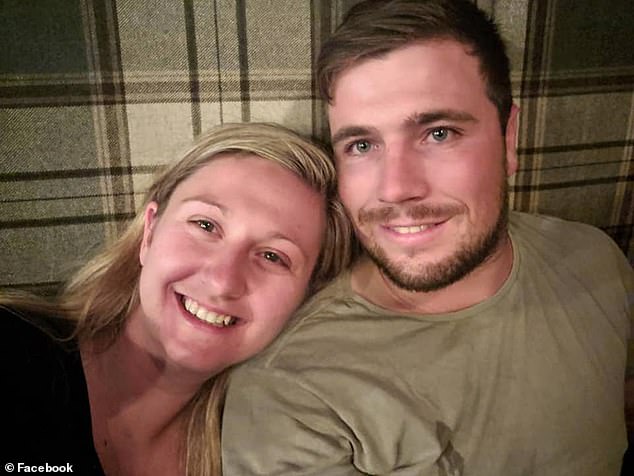 Mr Sarson’s mother, father and sister will land in Australia on Friday after being approved to travel from the UK for Mr Sarson’s funeral.

A GoFundMe page has been set-up to raise funds to contribute to funeral costs and to donate money towards causes Mr Sarson was passionate about.

‘Scott Sarson was a kind, caring, passionate man whose energy and excitement brought light to all those who met him,’ organiser Ted Shelton wrote on the fundraising page.

‘Scott was a rugby man through and through, a true club man, and a leader of men. One hell of a player, Scott gave everything to for his team mates both on and off the pitch.

‘More recently, as Director of Rugby at Waverley Rugby Club, Scott led the club to its first Kentwell Cup final in 30 years. Scott was one of the greats and will be missed by us all.’

The heartfelt condolences of everyone at the Army Rugby League and across the Armed Forces Rugby community go out to the family of former Army and Combined Services player Scott Sarson. Sadly Scott tragically passed away in Australia.

A friend to all and a genuine all round fantastic bloke, he’ll be very sadly missed by so many.

We at Upminster RFC are saddened to hear about the tragic passing of Scott Sarson.

Scott was a URFC youth player before joining the Parachute Regiment. Upon leaving the parachute regiment Scott played for East London RFC and Old Cooperians RFC. He moved to Australia some years ago and ended up at playing and then coaching at Waverley RFC.

Although he played for East London RFC and Old Cooperians RFC, Scott was a friend to many senior players.

Please remember it’s ok not to be ok, please speak out if you need any help, we are all one big rugby family!