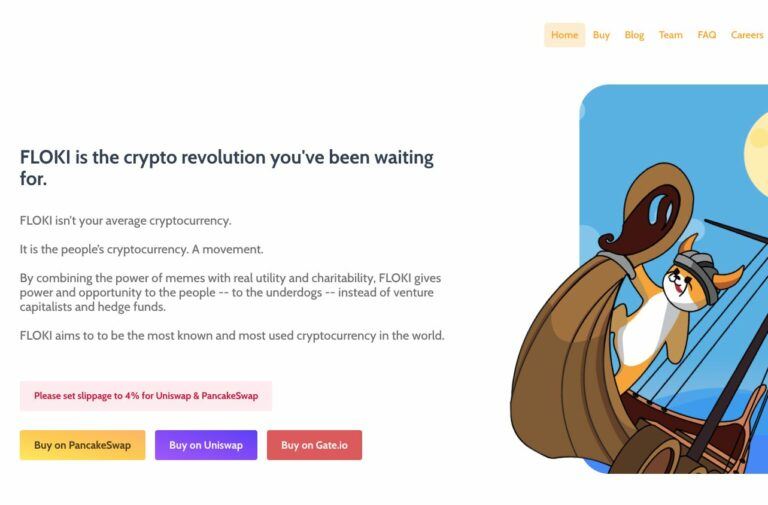 Speaking to Benzinga, Contessoto revealed that he bought $125,000 worth of FLOKI tokens, which allowed him to amass 500 million tokens. While his portfolio is still mostly focusing on Dogecoin with 900 million tokens in it, his second-largest investment is now FLOKI.

The crypto millionaire told the news outlet he will “continue buying Floki” with the goal of reaching one billion tokens in the future, which would imply a further $100,000 in investment. His strategy, he said, will involve buying dips of both FLOKI and DOGE.

Looking into the future, the Dogecoin millionaire noted that depending on the markets “FLOKI might take a few more dips before its meteoric rise.” That meteoric rise, he said, will be fueled by Floki Inu’s videogame project, which will include non-fungible tokens and play-to-earn mechanisms.

Contessoto also pointed to Floki Inu’s massive global ad campaign as a bullish indicator. As CryptoGlobe reported, the team behind the cryptocurrency launched a “super aggressive” ad campaign in Israel set to run for one month.

In a tweet published by the main account associated with the meme-inspired project, a video claiming “Floki is coming to Israel” details that ads will be featured in the country on “8 premium walls” as well as “180 billboards & signs” in Israel’s “20 most important cities.”

Floki Inu launched earlier a  campaign on London’s public transport system with the slogan “Missed Doge? Get Floki” in a bid to “legitimize” the cryptocurrency and increase the “confidence of the average consumer” to buy it, according to the project’s head of marketing, which went by Sabre.

Floki Inu’s advertising budget comes from a 4% fee imposed on new buyers. The tokens are used for “onboarding influencers” and to “further develop and grow the Floki ecosystem.”