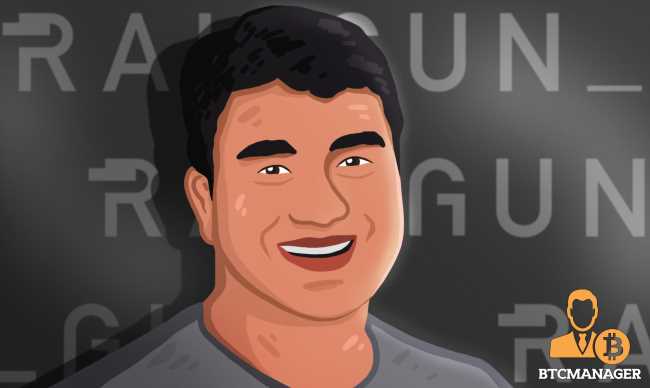 Recently, BTCManager got the opportunity to interview Mr. Kieran Mesquita, Chief Scientist at Railgun, a privacy system built directly on Ethereum that enables users to interact directly with decentralized exchanges (DEXs), and other decentralized finance (DeFi) applications without having to worry about being spied on by anyone. In the interview, we ask Mr. Kieran about Railgun, factors that motivated him to ideate Railgun, the significance of online privacy in today’s digital age, what’s in pipeline for Railgun, and a lot more. The interview follows from below.

BTCM: Tell us a little about Railgun, what is its primary objective?

Kieran: Railgun is designed to let you use stablecoins, the most popular tokens, to make transactions and exchange with the same privacy level as using cash: anonymous and private. This is especially useful for people like attorneys who want to maintain attorney-client confidentiality in their billing and useful for traders who do not want spies copying their strategies and investments.

BTCM: What prompted you to come up with the idea of private ETH?

Kieran: I was speaking with a hedge fund friend who told me over 45% of all wall street trades were done via dark pools. This was only one day after I spoke to a friend who co-founded a coin project, who was paranoid about moving coins because of hundreds of people watching his wallet, who might spread FUD online if he switches wallets or divides them up. I moved away from centralized exchanges a long time ago, especially after the Binance kyc leak, Bitmex email leak, and other leaks that made my friends and I targets of criminals. While I love Defi,  in many ways it’s less private: watchers can monitor your trading patterns. We needed a privacy solution for stablecoins and defi, and it needed to work without sacrificing Ethereum security or the liquidity of existing dApps and DEXes.

BTCM: Besides Ethereum, what other networks are you planning to launch Railgun on?

Kieran: Railgun will deploy on every blockchain that has significant DeFi use. Ethereum is the most important and the first. The ones in the near future will be Binance Smart Chain, Tron and Solana. Polkadot and Cosmos will come next, along with any others that have active defi services.

BTCM: Can you tell us a little about the Railgun private DEX?

Kieran: Because two people who both use RAILGUN can swap with each other secretly, it makes sense to build a DEX within railgun. It will be a peer-to-peer atomic swap system (no AMM), it will be completely private, and market makers on there will easily be able to pull liquidity from Uniswap and other pools outside Railgun, so there will always be liquidity.

BTCM: Why do you think privacy is so critical in today’s age? Especially in the DeFi space?

Kieran: Privacy is a human right – those who know more about you can control and manipulate you.  With trading specifically, your profit depends on the only opportunities you see that other people are not yet aware of. If you reveal yourself as a good trader, you will be front-run every time she your edge so be destroyed.

Furthermore, most people live in countries where people who have jobs in the government can exercise corrupt power. It’s often very valuable to be able to build up a private balance to stay under the radar in oppressive regimes, especially for pro-democracy journalists, or lawyers who are legally obliged to keep their clients confidential.

BTCM: Has Railgun been audited? What are the security measures in place?

Kieran: Railgun has been privately audited and is now being independently audited by ABDK, who are experts in cryptography. There will be a public report before the launch of the Railgun DAO.

BTCM: What’s in the pipeline for the Railgun ecosystem for the rest of 2021?

Kieran: There are a few plans for the future. Firstly, the Railgun deployment. Then, we will have community members launch web front ends for people to easily use Railgun. Railgun is decentralized, so there is no company or server that hosts it (other than the Ethereum network.)  Currently, a mobile wallet for Android and iPhone is being developed, and developer tools for normal apps will be released. These will mean it will only take a few minutes for wallet devs to upgrade their own apps to add Railgun (“private trade” “private send”) as a feature.  Any DEX website or wallet app will easily be able to offer users privacy by adding a “use via Railgun” button.After this, there are talks of creating a derivative and lending system, but we are being hush about that for now.