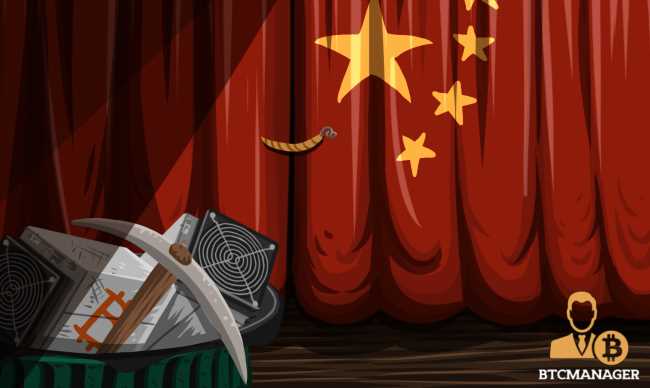 Bitcoin miners in Zhundong, Xinjiang, China, have been told to shut down their rigs, The Block, on June 9, reports.

The Blow in Zhundong

Officials in Zhundong, acting on orders from the Changji prefecture government in Xinjiang, were instructed to shut down Bitcoin and cryptocurrency mining operations in the Zhundong Economic Technological Development Park by 2 PM China Time on Wednesday, June 9.

The notice cited the recently approved “Measures for the Energy Conservation Examination of Fixed-Asset Investment Projects” from China’s National Reform and Development Commission.

Because of the abundance of cheap fossil energy, the site housed some of the world’s largest Bitcoin mining operations.

Undoubtedly, the direction from the autonomous government could prove financially catastrophic to investors of these crypto and Bitcoin mining farms.

However, it also serves to strengthen the sphere, especially in the decentralization of Bitcoin mining nodes.

These are tasked with confirming transactions and concurrently securing the network. Critics, however, cite the large energy requirement used to power Bitcoin miners.

In their argument, they explain that the rise of Bitcoin mining, especially in China, is reviving the demand for coal and other fossil-fuel-powered energy sources, unwinding efforts to conserve the environment and reduce pollution.

Recent statistics showed that the Bitcoin blockchain consumed the same amount as the United Arab Emirates.

Besides, for a single confirmed transaction, the power used could power an average U.S. household for 53 days.

Further concerns are in the amount of carbon footprints. Estimates reveal that Bitcoin emits the same ozone layer destroying carbon dioxide as Morocco.

Pound-to-pound, however, there was a heavy concentration of Bitcoin mining operations in Xinjiang.

Accordingly, there are fears that the Bitcoin network’s hash rate could slump in response to this immediate ban.

Bitcoin’s Hash Rate is currently stable, although it is down 24 percent from the mid-May high of 171 EH/s.

It is still unclear how affected Bitcoin miners will react. Sichuan province seems to be their last refuge. As BTCManager reported in August 2020, the Bitcoin hash rate fell after a rainstorm hit Sichuan, damaging gear.