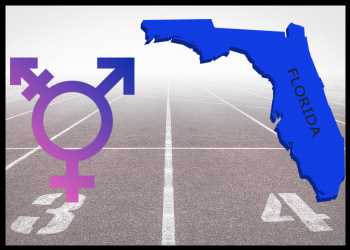 Florida has banned transgender women and girls from competing in sports competitions intended for student athletes born as females.

Signing the “Fairness in Women’s Sports Act” on Tuesday, the first day of Gay Pride Month, Governor Ron DeSantis described it as an effort to protect female sports.

“As a father of two daughters, I want my girls, and every girl in Florida, to compete on an even playing field for the opportunities available to young women in sports,” said the Republican Governor.

The Act states that it is aimed at “preserving fair opportunities for female athletes to demonstrate their strength, skills, and abilities in athletic competition.”

As per the new law, an athletic team or sport that is designated for females, women, or girls may not be open to students of the male sex, based on the student’s biological sex listed on the student’s official birth certificate at the time of birth.

The law applies to interscholastic, intercollegiate, intramural, or club athletic teams or sports that are sponsored by a public secondary school, high school, public college, or university institution.

The law, which comes into effect on July 1, provides civil remedies for those who suffer harm by violations of the section of law.

Florida is the ninth U.S. state to pass such legislation.

Several polls have found that more than 60 percent of Americans believe that biological males should not be participating in women’s sports.

The American Civil Liberties Union and LGBTQ groups condemned the legislation, saying that it is discriminatory.

Human Rights Campaign said it will file a lawsuit “to block this arbitrary, discriminatory ban.”