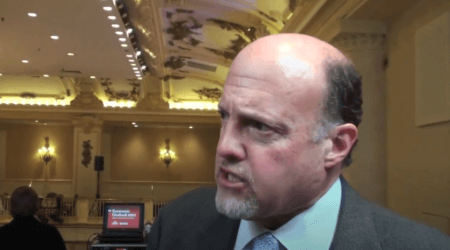 On Monday (January 11), Former hedge fund manager Jim Cramer explained during an interview why he had recently decided to sell some of his BTC holdings.

Well, yesterday, Ross asked Cramer during an interview what he thought about Bitcoin’s recent price action.

Cramer talked about what he thinks about the Bitcoin markets and explained why he had recently (before the large correction that started on Sunday) sold some of his Bitcoin holdings.

“There’s a belief that this somehow has a market that is not erratic. I have tried to do a trade in Bitcoin over a weekend, and it’s really really hard to do… and I think what people have to recognize is this market is not like any other market you’ve ever seen.