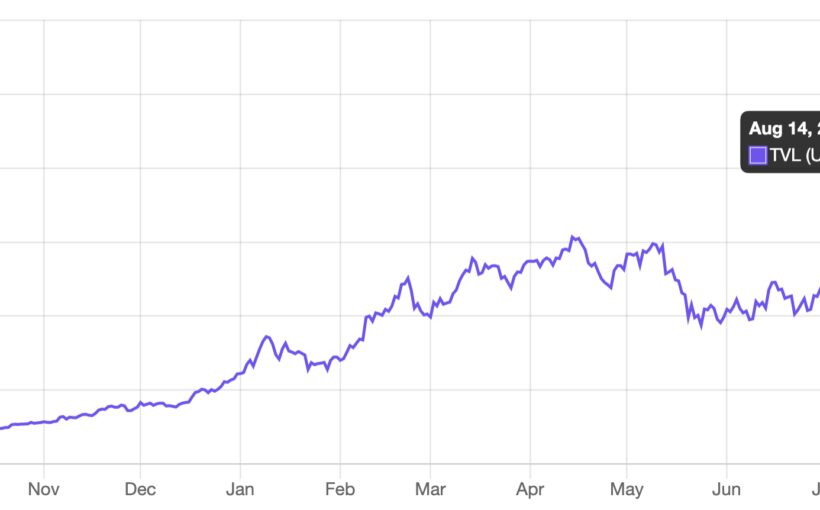 There’s now more than $100 million worth of bitcoin on the Lightning Network for the first time since it launched in 2018.

The second layer scaling solution now holds 2,370 bitcoin, worth about $114 million, an all time high with it seeing a gradual increase from 1,000 bitcoins earlier this year.

Since May however it has seen a jump of sorts, up from 1,200 bitcoins to now nearly double as it sees one of its fastest adoption in years.

The jump sort of coincides with El Salvador declaring bitcoin as legal tender in June. Their parliament has now authorized a $150 million trust to manage bitcoin to usd conversion for merchants and users.

In addition every El Salvadorian that downloads the Chivo wallet is to be given $30 for free in bitcoin, a significant sum for the fairly poor country.

Businesses will now have to accept bitcoin there, although they can choose to receive the actual payment in usd, with the Lightning Network (LN) being necessary for such commerce as on-chain fees would otherwise make it prohibitively expensive.

The jump thus may be preparations for this new development that comes into force this month as El Salvador diversifies from the dollar.

There may be other reasons as well. Twitter for example is piloting the roll out of LN tips on the platform using the Strike wallet.

Just how much usage that will find remains to be seen, but if it works out then the company may develop a new revenue stream by taking a cut off tips.

Lightning Network wallets however tend to be custodian as managing liquidity and opening channels or connecting to watchtowers can be complex for even sophisticated users.

All that complexity is hidden underneath, but with tradeoffs as for custodian wallets generally you don’t quite have the keys.

But users have the choice, with Lightning seemingly beginning to find some usage as the second layer technology develops improvements.