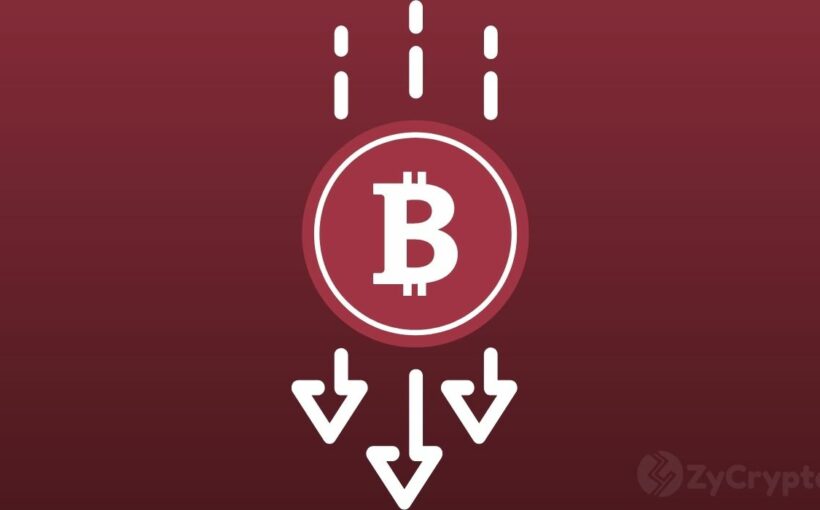 The bitcoin price is teetering on the brink of a swift and painful 80% retracement from current levels. This is according to Peter Brandt, a veteran trader known for accurately predicting the crypto market top in December 2017.

The largest cryptocurrency by market cap closed May, a historically bullish month, well in the bear territory. This was mainly because bitcoin has been facing immense downward pressure from traditional markets amid central bank quantitative tightening and the continued fallout from Russia’s invasion of Ukraine.

The damage to investors’ confidence caused by the dramatic collapse of Terra’s UST stablecoin and LUNA token in May has also been too great to overcome. Although Terraform Labs successfully relaunched the collapsed network with a new chain, it hasn’t done much to improve the overall market sentiment.

Most analysts agree that bitcoin has entered a healthy breathing period and may tank slightly lower, but Peter Brandt’s assessment is notably brutal. In a June 4 tweet, Brandt noted that the benchmark cryptocurrency could be on the verge of posting its fourth pullback of over 80% since 2011.

Brandt was responding to a tweet by a pseudonymous crypto analyst who goes by the name Cheds, in which he forecasts that bitcoin could tank to the $12,000 levels in the short-term. If this comes to fruition, it would mark the first time a correction goes below the previous 2017 historic high of nearly $20,000. 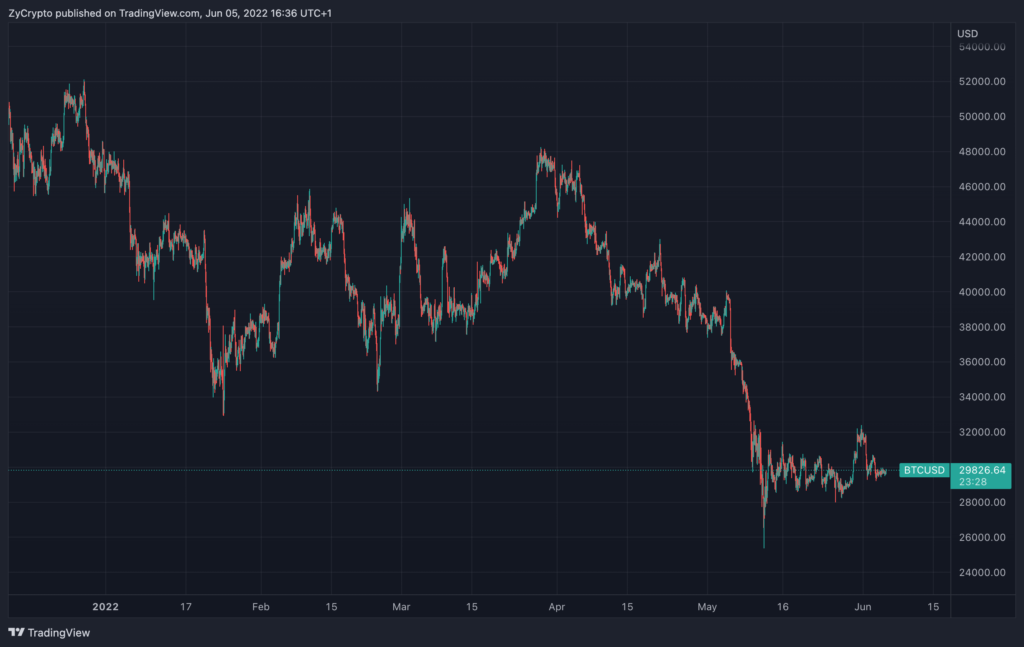 Bitcoin now seems to be trading at a make-or-break point. Basically, the crypto’s short-term future depends on its ability to strongly hold the $29K key support level. But the current conditions suggest that there could be more room to go down before the end of the crypto winter.

Bitcoin gave investors a touch of hope at the beginning of this week after staging a mini-upsurge to first recapture the $30,000 zone on Monday, before briefly hitting $32K the next day.

In all, the flagship cryptocurrency lost over 18.8 percent of its value in the past 30 days, while its market cap shrunk from $760 billion to the current value of $566 billion.

Investors will likely continue to assess the bitcoin price action before deploying any capital. Nevertheless, some analysts remain optimistic about bitcoin’s long-term trend owing to positive adoption developments in recent months as well as its robust fundamentals.