Home » Business » Acura unveiled a prototype version of the Integra on Thursday night. 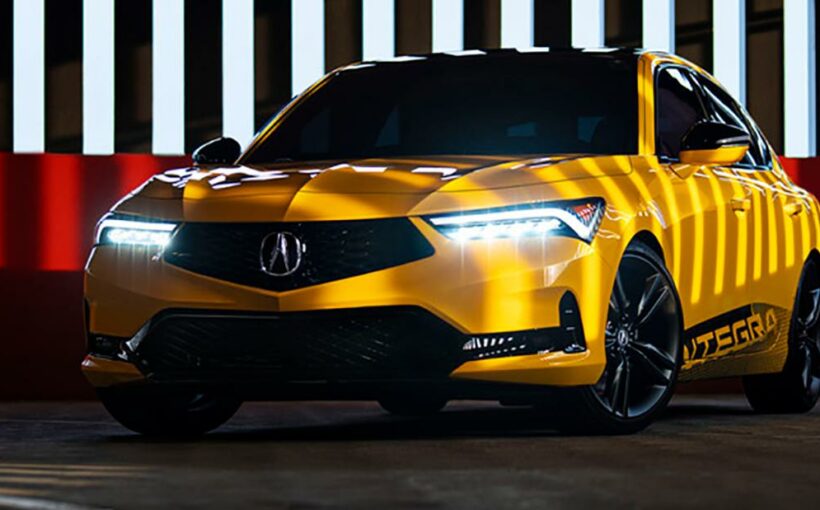 (CNN Business)Another one of the auto industry’s greatest hits is coming back. Toyota brought back the Supra; Ford brought back the Bronco; Jeep dusted off the Wagoneer model; and Land Rover resurrected the Defender. Now you can add the Acura Integra to the mix, too.

Acura unveiled a prototype version of the car Thursday night in bright yellow.
Originally available from 1986 through 2006, the Integra was one of Acura’s first two models. The Integra, which was available in two- and four-door versions, was regarded by enthusiasts as an outstanding and relatively inexpensive front-wheel-drive performance car. It helped mold Acura’s early image as a performance brand.

While the new Integra is not an electric car, it’s expected to generate excitement and bring new customers as Acura begins its shift toward electric vehicles. By 2030, over half of all Acura vehicles sold are expected to be electric, said Emile Korkor, assistant vice president for Acura sales. 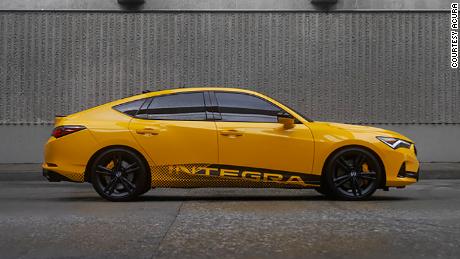 The new Integra is entering the market just as Acura’s current “halo model,” the NSX hybrid sports car, is winding up its production run. But the Integra will be far more accessible. Sticker prices for the 600-horsepower two-seat NSX start at about $160,000.

The Integra, on the other hand, will be much cheaper. It will be available only as a four-door hatchback priced around $30,000, just a little above Acura’s entry-level ILX model. It will be be powered by a turbocharged 1.5-liter engine and will be available with a six-speed manual transmission. Manual transmissions are all but unheard of in luxury cars today, but many performance enthusiasts prefer them for the sense of control they provide.
Acura Integras from the 1990s and early 2000s, particularly ones in good condition, have become collectible, according to Hagerty, a company that tracks collector car values. The high-performance Integra Type-R is particularly sought after. An Integra Type-R in good condition can be worth over $30,000, Hagerty spokesman Jonathan Klinger said.

The new Integra is expected to attract younger customers in their 20s and early 30s, said Korkor, while also appealing to older customers who grew up with the original.
It’s part of a plan to broaden Acura’s customer base as the brand begins an aggressive transition into electric vehicles. The brand’s emphasis will remain on performance, he said, taking advantage of the responsiveness that electric motors provide.
Source: Read Full Article