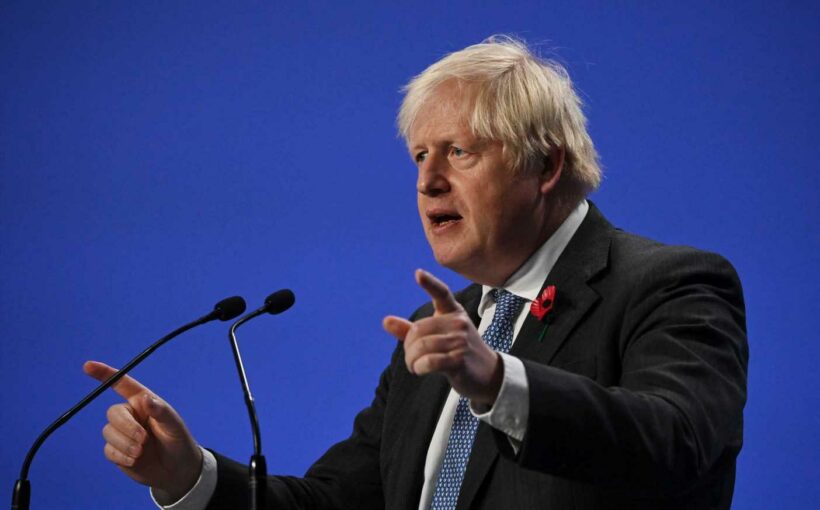 GLASGOW, Scotland — On the final scheduled day of COP26 climate talks, negotiators from almost 200 countries are in a last-ditch scramble to keep alive hopes of capping global temperatures to 1.5 degrees Celsius.

The race against the clock comes as delegates push for a breakthrough on major sticking points, with issues such as climate finance and global carbon markets yet to be resolved.

The U.K. is presiding over the two-week summit in Glasgow, Scotland through to Friday evening, although it is seen as likely that the talks will overrun.

U.K. Prime Minister Boris Johnson has called on ministers to bridge the gaps remaining to reach a consensus.

"This is bigger than any one country and it is time for nations to put aside differences and come together for our planet and our people," he said on Wednesday as he returned to Scotland's largest city. "We need to pull out all the stops if we're going to keep 1.5C within our grasp."

A sense of cautious optimism during the first week has been dampened by an alarming analysis of the world's climate trajectory and a draft agreement that implicitly acknowledged current pledges were insufficient to prevent progressively worse climate impacts.

Delegates need to iron out a plan to limit global heating to 1.5 degrees Celsius above pre-industrial levels to avert climate catastrophe. This temperature threshold is a key global target and refers to the aspirational goal inscribed in the landmark 2015 Paris Agreement.

There is not yet any clear indication of whether the talks will be able to meet the demands of the climate emergency.

A blizzard of pledges in the first week of talks was framed as a "big step" forward by some, with countries promising to end and reverse deforestation, phase out coal and reduce methane emissions by 30% by 2030.

An unexpected U.S.-China declaration more recently has also been described as an encouraging and substantial move, although critics have called for more concrete action.

A report from the International Energy Agency last week said if governments were to follow through with their long-term commitments, it would put humanity on course for roughly 1.8 degrees Celsius of warming. It was seen as a substantial breakthrough insofar that it marked the lowest credible projection of global heating yet.

However, research from the Climate Action Network published Tuesday found that temperatures are likely to increase 2.4 degrees Celsius this century when based on short-term targets. It is a disastrous prognosis that shows the world's plans still fall disastrously short.

A first draft of the COP26 deal, published on Wednesday, asked governments to "revisit and strengthen" their emissions targets by the end of next year and called on countries to support low-income nations with climate finance.

The seven-page text, which must be agreed by all delegations attending the talks, also called on an accelerated phase out of coal and fossil fuel subsidies. No firm dates or targets were set on this issue, however.

If this reference is not cut from the final agreement, it will be the first time the outcome of an international climate summit has explicitly mentioned fossil fuels. Environmental groups say they fully expect this part of the draft text to be scrapped before the conference closes.

"This draft deal is not a plan to solve the climate crisis, it's an agreement that we'll all cross our fingers and hope for the best," Jennifer Morgan, executive director of Greenpeace International, said in a statement.

"It's a polite request that countries maybe, possibly, do more next year. Well that's not good enough and the negotiators shouldn't even think about leaving this city until they've agreed a deal that meets the moment. Because most assuredly, this one does not."

'One PR announcement after another'

An analysis published by Global Witness on Monday found there were more delegates associated with the fossil fuel industry at COP26 than from any single country.

It raised serious questions about the credibility of the summit, particularly because it is the burning of fossil fuels that is the chief driver of the climate crisis.

"I've been doing these COPs since 2000 and it has always been the case that oil and gas companies ae deeply embedded in many delegations," Carroll Muffett, chief executive at the non-profit Center for International Environmental Law, told CNBC. "They have very direct access, and so basically you are seeing fossil fuels everywhere except in the treaty text."

"At the heart of what we have seen at this COP is one PR announcement after another," Muffett said. "In the real negotiations where it matters, things aren't moving forward."

"It is not a secret that COP26 is a failure. It should be obvious that we cannot solve the crisis with the same methods that got us into it in the first place," Thunberg at a Fridays For Future rally on Nov. 5.

"The COP has turned into a PR event, where leaders are giving beautiful speeches and announcing fancy commitments and targets, while behind the curtains governments of the Global North countries are still refusing to take any drastic climate action."