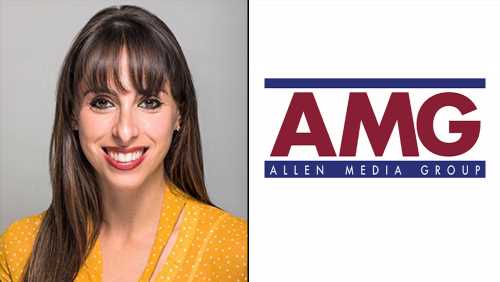 EXCLUSIVE: Brooke Kahn has been promoted to Senior Vice President of Content Distribution, Partnerships and Programming at Byron Allen’s Allen Media Group, the company said Wednesday. Kahn, who joined AMG in 2017, had been VP Digital Sales and Partnerships.

In the newly expanded role, she will continue to oversee digital sales and licensing of Entertainment Studios’ wide theatrical releases and Freestyle Digital Media’s digital library to SVOD and AVOD platforms. She will also spearhead content partnerships and acquisitions for AMG’s OTT platforms including theGrio and Local Now.

“Brooke Kahn continues to grow as a valued member of our distribution team,” said Allen, founder, chairman and CEO of Allen Media Group. “Brooke is an excellent executive and well-positioned to expand our distribution and content partnerships across all digital platforms globally.”

Before AMG, Kahn was senior manager of digital sales at Cinedigm, where she worked with Hulu, iTunes, Amazon, Google Play and Vudu. Before that she was an inventory analyst at NBCUniversal.

“I am thrilled to be a part of the content partnership team as we continue to expand Allen Media Group’s global distribution platforms,” said Kahn. “The next few years are going to be transformative for the company and I look forward to delivering enormous value to our partners across the portfolio.”