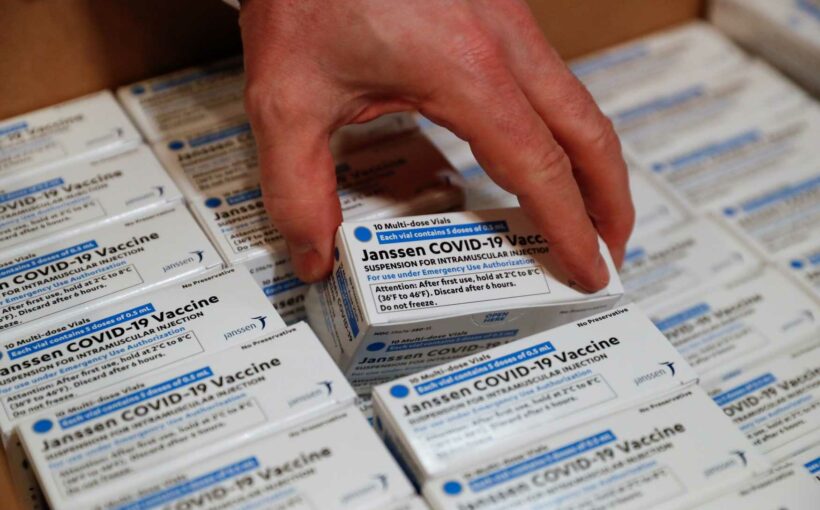 Fewer Americans say they prefer the Johnson & Johnson Covid-19 vaccine after the U.S. temporarily paused its use in April, but 17% of Americans in a new survey still say it's their top choice.

That's down from 29% in March, before the pause, according to consecutive surveys of more than 1,500 Americans done for CNBC by global data and survey firm Dynata.

The pause, from April 13 to 23, was recommended while U.S. regulators investigated rare but severe cases of blood clots tied to the vaccine. The Food and Drug Administration and Centers for Disease Control and Prevention recommended reinstating the vaccine's use after a CDC advisory group concluded the benefits of the shot outweigh its risk, while warning the clot risk is higher for women under age 50.

"It's only one shot, and it's a brand name which is well-known," Mark Levine, a New York City councilmember who chairs the city's Council Committee on Health, said in an interview after the CDC advisory vote April 23. "I've certainly talked to people who have told me that they were waiting to get a vaccine until J&J came back onto the market."

The Dynata survey, taken April 24-27, showed that more people said they preferred the Pfizer vaccine after the J&J pause; Pfizer as a top choice went from 20% in March to 35% in April. Moderna's vaccine went from 10% as top choice in March to 17% in April, and those who said they'd prefer either of those vaccines, which are both two doses and use the same messenger RNA technology, was relatively unchanged at 12 to 13%.

Unsurprisingly, given the blood clot risk is higher for women, their preference for the J&J vaccine declined most, to 14% in April from 28% in March, compared with a decline to 21% from 29% for men.

Local officials, though, told CNBC it was difficult to distinguish how much the pause affected vaccination rates, as appointments were already starting to go unfilled around the same time.

"In some ways, we've gone through the people that were just so eager to get it and they wanted it, you know, yesterday," Harris County, Texas Judge Lina Hidalgo said in a telephone interview April 19.

The number of Americans who say they don't plan to get a vaccine or are undecided went down slightly from March to April, the Dynata surveys found. Those who don't plan to get vaccinated declined from 13% to 12%, while those on the fence went from 6.8% to 5.6%.

Asked what would make them more likely to get a vaccine, 37% said more science backing up the vaccines' safety and efficacy, while 31% said more time to feel better about long-term effects. Just 8.1% said they'd be persuaded if an employer required vaccination.

Many colleges and universities have said they'll require students get vaccinated to come to campus in the fall, and Dynata's survey found just more than half of respondents age 18 to 24 agreed vaccine mandates at schools are a good idea. Just more than a quarter opposed them.

–CNBC's Harriet Taylor and Whitney Ksiazek contributed to this article.