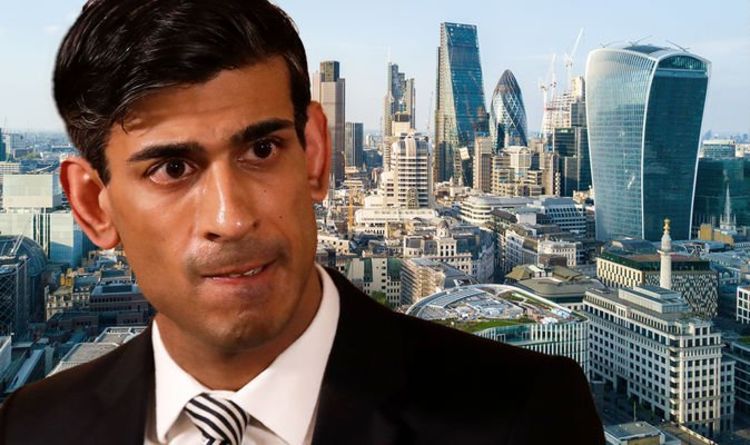 That is the huge warning in a new report from TheCityUK, which is the Square Mile’s most influential lobbying body. The group has formed a strategy working with 60 financial services groups that will help the UK “regain financial centre leadership in five years”. But TheCityUK has warned UK capital has fallen relative to some of its biggest rivals around the world such as New York and Hong Kong over the past decade. The country’s local share of markets such as cross-border bank lending, insurance premium-writing, pension and hedge fund assets have all fallen, the report warned.

Following Brexit, London still remains Europe’s leading financial centre, but TheCityUK’s chief executive Miles Celic has urged the Government to step up efforts to match the growth of some of their biggest competitors.

He said: “Europe is littered with cities that were once the leading international centre of their day.

“The last decade has been one of growth for our industry, yet global competitors have grown faster.”

Since the turn of the year after the UK’s departure from the EU, the Government has partly focused on adopting the bloc’s wide-ranging rules on financial services for the City.

But during the near year-long negotiations between the UK and EU over the course of 2020, the issue of financial services was largely ignored.

That is still proving to be a problem, with several City executives worried about the lack of a financial services equivalence deal with the EU, as well as issues around movement of labour and recognition of professional qualifications.

From now on, TheCityUK has called for all new trade deals to cover financial and professional services in order to improve market access.

Following consultation with the market, the UK Government is preparing changes to standards on stock, bond and commodity trading, insurance and bank capital requirements.

Downing Street has also recently tweaked some standards to improve attractiveness for more blank-cheque companies to float on the London Stock Exchange.

TheCityUK has called on ministers to ensure these proposed changes are made.

But it is also calling for more sweeping changes, including reducing the spiralling costs of sponsoring skilled worker visas and the long processing times.

The Square Mile’s most influential lobbying body wants the Government to work with the sector help open new global markets in areas of future demand.

However, TheCityUK has also issued a warning over the National Security and Investment Act, which will become active over the coming months, aimed at providing the Government with powers to block deals.

The group wants more clarity on how far it stretches, given the risk that “vast numbers of transactions could be submitted for review, adding significant costs to investors and deterring future investment”.

In 2018, the UK was overtaken by New York as the leading international financial centre, and in March of this year, received its lowest ever “score” as a a financial hub, according to the Global Financial Centres index.

But Mr Celic said: “With the right strategy in place and a clear focus on delivery, the UK can pull away once again from its competitors.

“It is an ambition that needs industry, government, and regulators to work together. It will take sustained focus, cooperation and determination.”