HORRIFIED kids were forced to jump out of a window when a lorry driver DELIBERATELY ploughed into their home and destroyed it.

It’s claimed youngsters fled the property in terror late last night after a maniac driver rammed into the house on Lancaster Crescent, East Kilbride at around 11.25pm. 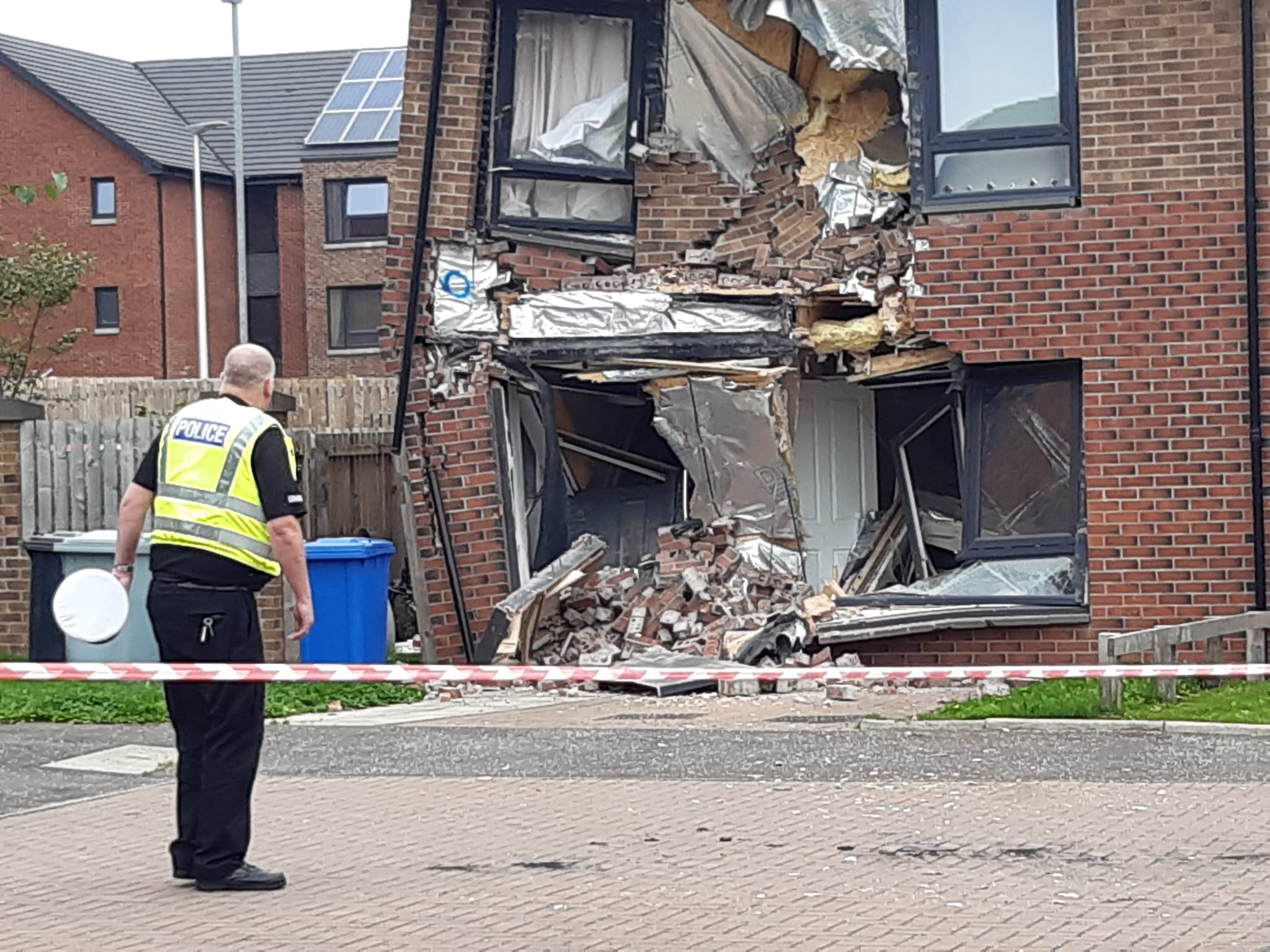 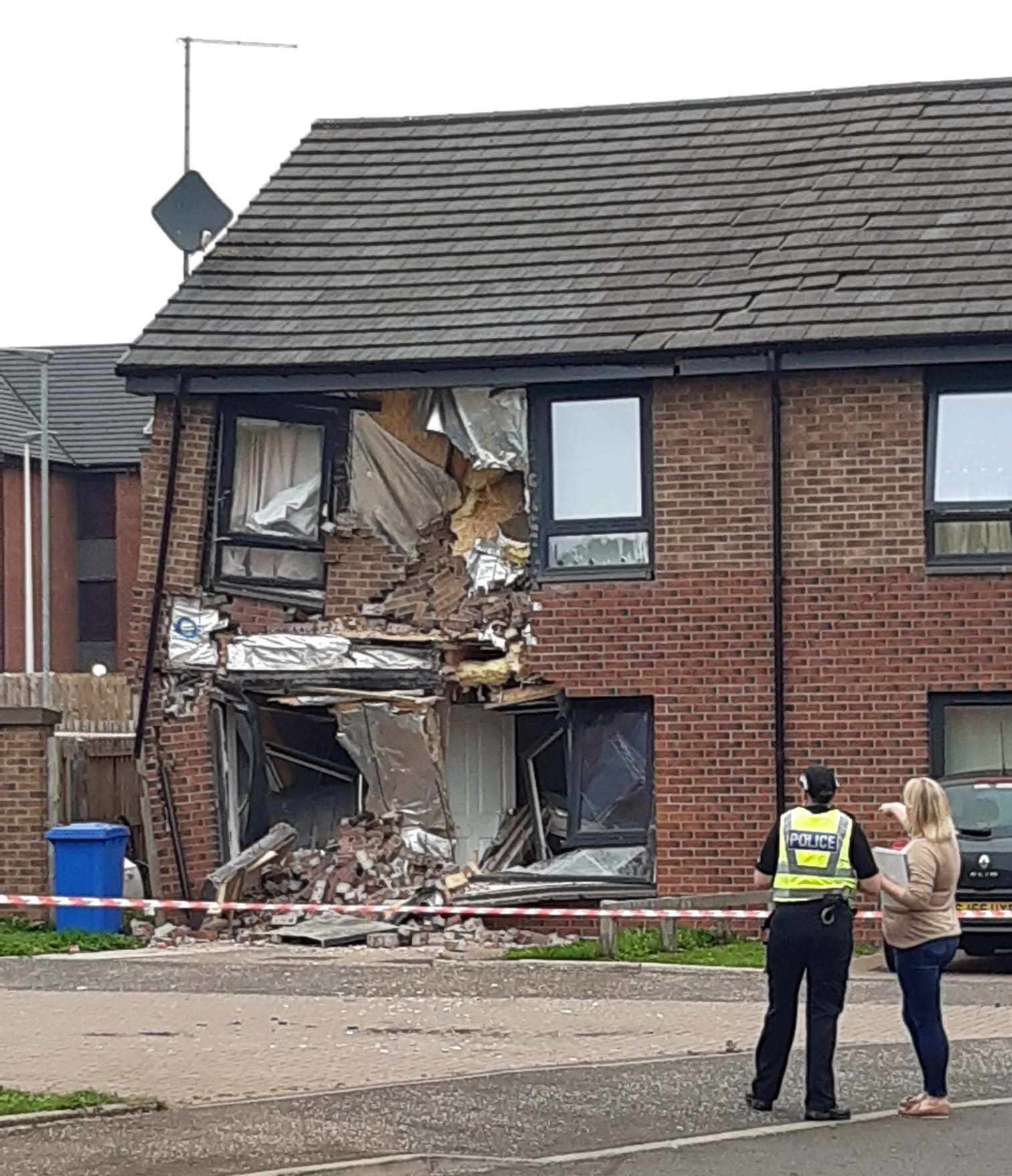 Shocking footage showed the wreckage following the smash, with the building devastated by the targeted collision.

Photos showed debris and bricks strewn across the ground, with windows smashed and cracked amid the chaos.

Nearby neighbours were evacuated from their homes as cops cordoned off the street and launched a probe.

A local neighbour told The Scottish Sun: “It was around 11.20pm we heard the first hit, as it woke us up. It sounded like someone dropping a skip.

"The second crash seemed deliberate. A neighbour helped two children escape out the upstairs window. The driver definitely seemed under the influence from the way they were driving away.”

They added: "The truck came into the estate quite fast. It took a turn into the street, and just as I thought he was reversing to turn around, he reversed into the house.

"I thought he may have taken a wrong turn and it was an accident, but he then pulled forward and smashed back into it again. After the second crash he then drove away at a fast speed, about 40 miles per hour.

"There was shouting and screaming from the street. He was driving over the sidewalk and the pavement as he drove away, and seemed frantic to get away from the scene.”

Cops confirmed that nobody had been injured as a result of the lorry horror but said that the home had suffered “extensive damage”.

A police spokesperson said: “An investigation is under way after a lorry was deliberately driven into a house in Lancaster Crescent on Monday 6 September 2021.

“Police were notified around 11.25pm. No-one was injured in the incident.

“The building has sustained extensive damage and local residents were evacuated as a precaution. Enquires are ongoing." 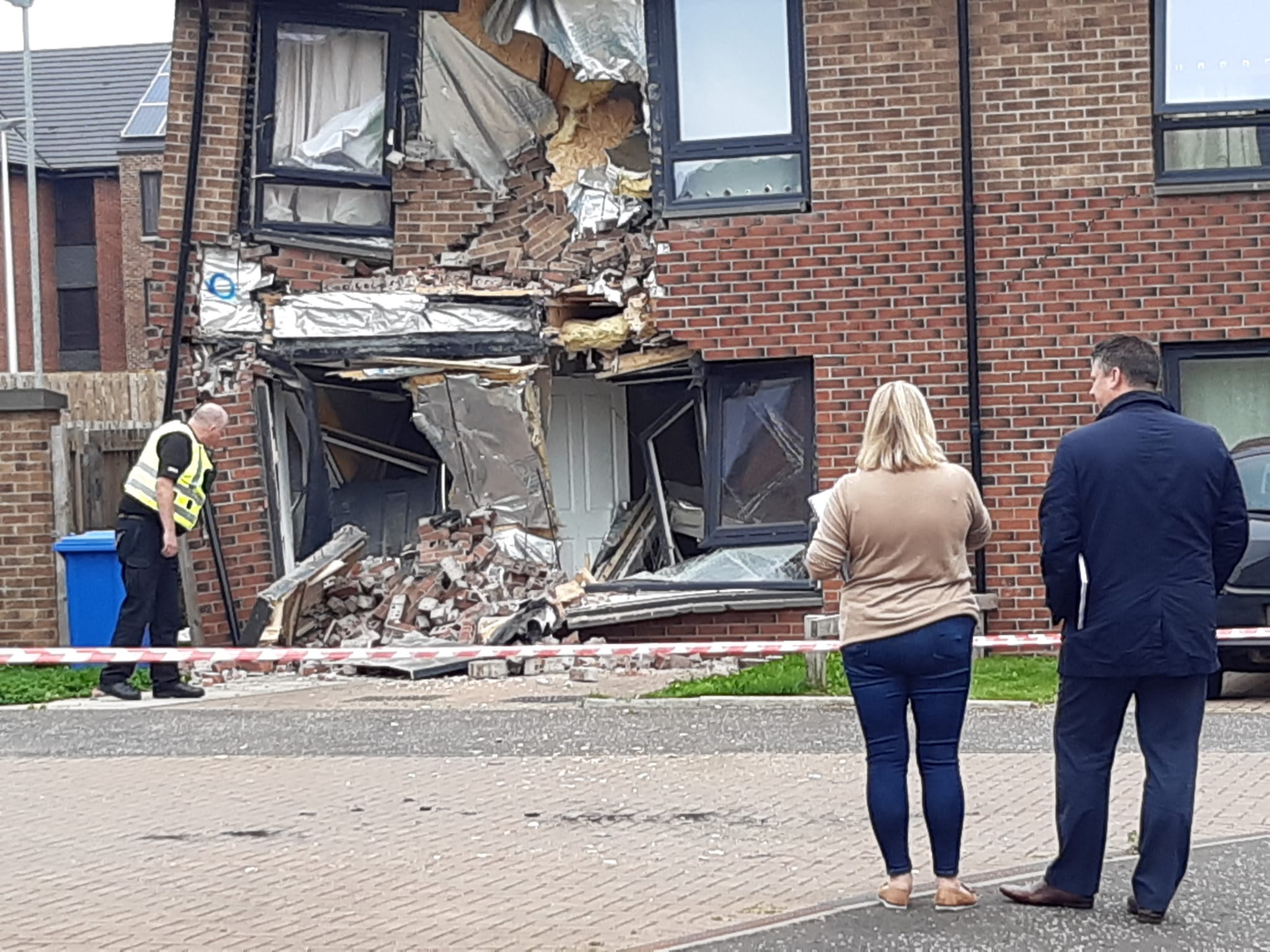