Home » Business Hub: Colenso BBDO boss Angela Watson on landing one of the most coveted jobs in NZ advertising 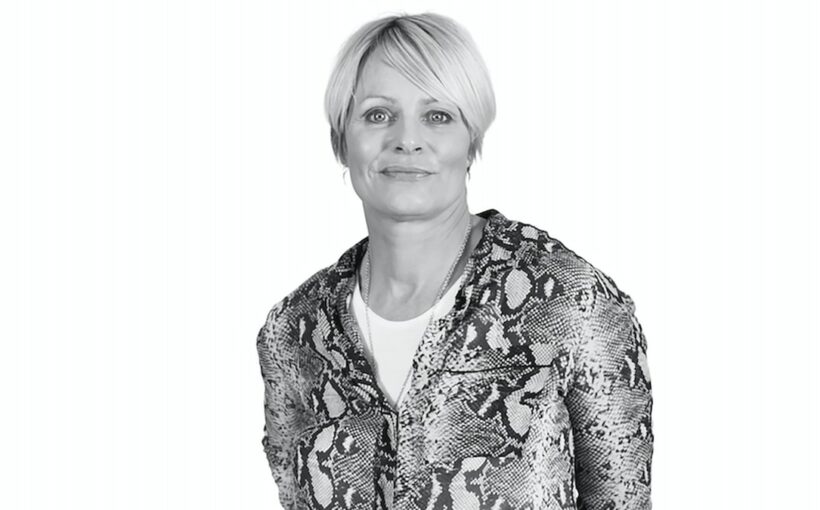 The year is 1990. Wellington’s trendiest lunch spots are teeming with advertising executives, who work long hours and lunch even longer. A young server goes to a table of sartorially elegant men she’s served many times before. They’re the guys from Saatchi & Saatchi, one of the hottest agencies in town. Even before she reaches the table, she knows that one of the execs will ask for a dish that isn’t served at an establishment of this calibre: a plate of hot chips.

The executive gives his usual apologetic grin and asks if she could please put in the order. When you’re a server, you don’t say no to regulars like these. She nods, smiles and heads for the kitchen, where she’ll again have to convince the chef it’s the right thing to do. She’s been on the receiving end of the chef’s rage a few times, but now the screaming escalates. It gets louder. He moves closer. And before she can flinch, he punches her in the face.

It’s a moment that marks the end of Angela Watson’s career in hospitality.

But it turns out that her knack of getting the chef to make a plate of chips was the exact skill the ad exec felt he needed in his agency, which is why he’d offered her a job a week earlier. All the chef did was make it that much easier for her to take the plunge into an industry she knew nothing about.

The man with a liking for a steaming plate of chips was none other than advertising legend Peter Cullinane. The same Peter Cullinane who would later go on to drive Kiwis wild with his Lewis Road Creamery chocolate milk.

Cullinane clearly saw something that would make Watson an asset to his agency, but little did he know that the strong-willed server would go on to build a formidable career over the next three decades, and eventually become the first female managing director in the 51-year history of iconic Kiwi ad agency Colenso BBDO.

Watson takes over from previous managing director Scott Coldham, who has moved to the client side to work as chief marketing officer at tech company Whip Around and local menswear brand Asuwere.

The significance of this moment for Colenso BBDO and the broader industry cannot be overstated. Watson has become only the fifth managing director in the five decades that the agency has stamped its authority on the industry.

Hazel Phillips, the author of “Sell! Tall tales from New Zealand advertising”, tells the Weekend Herald this is a real milestone not only for the agency, but for the industry.

“You only have to rewind the clock a couple of decades and women really struggled working in advertising,” Phillips says.

“Clients wouldn’t tolerate women fronting accounts, women were held back because they might get pregnant, and creative material was often shockingly sexist.

“We’ve come a long way, society has really changed around us thanks to the efforts of many women – and men.”

Watson’s offer at Saatchi opened the door to advertising, but it was far from a dream job she was walking into.

She was appointed as receptionist, by far the lowest rung in agencies’ corporate structure.But the title shouldn’t be read as a reflection of the level of responsibility or degree of difficulty associated with the job. In the pre-mobile days of the early 90s, the receptionist was the conductor of the agency, connecting the disparate skills and ensuring that everyone was fulfilling their required tasks at the right time.

“I can remember getting the first fax machine, and it just seemed like absolute magic,” Watson says in looking back at those times.

The job’s daily grind gave Watson an intimate understanding of what was required of every role in the agency and also a glimpse at the areas where she might excel.

She eventually moved into managing client accounts and ensuring that creatives delivered their work on time.

As she cut her teeth in this role, she quickly realised there was some truth to an ad industry adage she’d heard a few times already.

“There’s this analogy that advertising agencies are very much like working in a restaurant,” she says.

“There was just always animosity, which is something you don’t see so much today, but there was always this animosity between the floor staff and the kitchen.”

The tension between the creatives, who want to push budgets and deadlines, and the suits dealing with clients is still there, but the advertising dynamic has moderated over time.

Having spent the past 30 years neck-deep in day-to-day tension and action, Watson hasn’t been willing to give that up yet. In contrast to past managing directors who would occupy the MD’s office, she has instead opted to remain on the floor among the staff.

“That’s just part of my personal philosophy,” she says in explaining the move away from tradition.

“I think connection to people is incredibly important. And what I’m most excited about in this role is getting the best out of the people that work at Colenso. I just think I’m far better positioned to do that when I’m on the floor, around people and accessible.”

While she’s comfortable on the agency floor now, it hasn’t always been easy to be a woman in the male-dominated advertising industry.

“I can distinctly remember being told that you have to choose between having children and going all the way to the top. And I definitely think those days are over,” Watson says.

Her four kids and job title today are testament to two things: first, she has the grit to get what she wants; and second, she won’t stand for unfair treatment.

But Watson is moving into her role at a tricky transitional period for the whole agency group. Colenso’s parent company, the Clemenger Group, also recently appointed a new boss in Strahan Wallis, who has already outlined some big ambitions to shake things up. He’s well regarded, has an enviable contact list and looks eager to push the agency group into yet another successful decade.

Another key change for Colenso BBDO was the arrival of the new head of strategy Rob Campbell, who arrived from the UK after working with major brands like Nike, Google, Ikea and Spotify. He joins other stalwarts Levi Slavin, Maria Devereux, Dan Wright, Paul Courtney, Piers Bebbington and Richard Schloeffel.

With the key personnel now in place, the challenge for Watson will be to rebuild the reputation of an agency which has slid in recent years. Historically, Colenso BBDO was the one name no other agency wanted to see on the pitch list. It was a formidable shop that always seemed to walk away with the client spoils from every meeting. No other agency could touch it creatively.

That reputation has waned slightly over the past couple of years, but the agency certainly isn’t on its knees. The figures revealed in industry publication Campaign’s annual Hot & Cold list shows Colenso BBDO still easily among the three biggest creative agencies in the country, with billings well over $100 million a year.

Colenso BBDO, however, has never been satisfied with a silver or bronze medal and everyone in the team will be frustrated to see rival DDB emerge as the top creative agency in the country.

So what will it take to get Colenso back to that top spot?

“Everything is cyclical,” says Watson. “I also think that change is a great invigorator. And this comes at a fantastic moment in time where, working alongside Rob Campbell and Levi Slavin, we’ve got a full house and a really clear perspective on where we’re heading and what we want to achieve.

“All of those things are just a reinvigoration that will, you know, see us re-energised and refocused.”

Asked why she thinks Colenso has hit a bit of a speed bump in recent years, Watson puts it down to the rapid evolution of advertising.

“Over the last five, six or seven years, there’s been a lot of change and we’re always evolving to ensure that we’re still at the top of our game and doing the best we can for our clients.”

Having grappled with that change and finalised the new team’s structure, Watson says the agency is back in a position to push forward and produce the kind of work it’s always been known for.

The Colenso canon already includes “Barry Crump” for Toyota Hilux, “Togs, Undies” for Tip Top, “Tree House” for Yellow Pages and DB Export’s “Brewtroleum” – all pieces of work that captivated the nation and wedged their way into the public consciousness.

The heavy question facing Watson now is what she will add to that legacy as she steps into the long shadows of those who came before her.