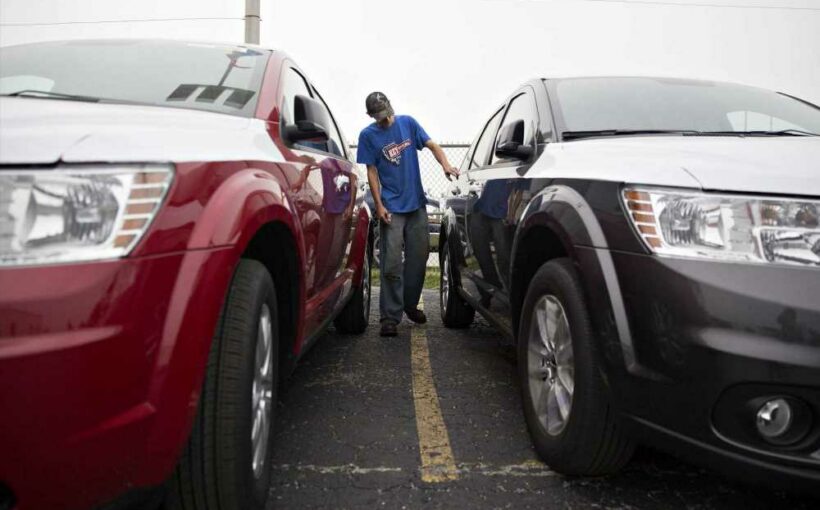 Car shoppers hoping to cash in on Memorial Day weekend sales events may want to rein in their expectations.

On top of reduced inventory due to a shortage of microchips — key parts needed for today's autos to operate — and unrelenting consumer demand pushing prices higher, there are fewer incentives being offered by manufacturers and dealers.

"People will be in for a bit of a surprise," said Ivan Drury, senior manager of insights at Edmunds.com. "There will be little to no negotiation on price.

At the start of the pandemic more than a year ago, when dealerships and manufacturing plants were shut down, chipmakers pivoted to focusing on the consumer electronics industry — i.e., computers and gaming consoles — and there are still kinks in their ability to meet the renewed demand from automakers.

Some automakers have idled manufacturing plants or cut back production of certain models, or stopped including certain high-end packages — things like navigation systems or blind-spot detectors — in vehicles that typically would have them, Drury said.

"The shortage is really kicking the legs out from under the industry," Drury said.

More from Personal Finance:
Inflation worries? Retirees may want to consider this investment
Banks to offer credit cards to people without credit scores
Take these 5 steps to bulk up your emergency savings

In May, an estimated 33% of vehicles are selling within 10 days of arriving at a dealership, according to new estimates from J.D. Power and LMC Automotive. That compares to 18% selling that fast in May 2019.

Additionally, car shoppers may struggle to find the car they really want. To that point, 40% of car shoppers say they're facing that problem, according to a recent survey from Cars.com.

"If you're picky, this may not be the right time to buy," Drury said. "But if you're open-minded … you'll be in a better position."

Of course, it's uncertain when the squeeze on inventory will lessen.

"By the end of year, things will start to improve," Drury said. "But we'll be nowhere near normal levels."

The average price paid for a new car is close to $40,000, according to Edmunds.com. For used cars, it's above $23,000. Some of the increase in prices are due to consumer preferences shifting over the last decade to pricier pickup trucks and SUVs and away from lower-priced sedans and small cars. Improved technology and safety features add to the price, as well.

Discounts are averaging about 7% or 8%, said Kelsey Mays, assistant managing editor for Cars.com. That compares to past years when that average was 10% to 12%.

Among the incentives being offered: The Chevrolet Silverado 1500, which starts at about $29,000, has a decent discount of around $4,000, depending on the trim level, Mays said. The Toyota Camry, with a starting price of about $25,000, may come with a $1,000 discount, depending on the specifics.

The silver lining to the higher cost for used cars is that trade-ins are worth more, as well. And while there may be little price negotiation for the car you're buying, you may be able to get more for your trade-in to bring down the amount you have to finance.

"Potential wiggle room for consumers is going to be with their trade-in," said Mays at Cars.com. "Consumers should leverage those elevated values and get the most they can."

There are also other ways to bring down the cost of your purchase. Depending on your credit score, you may be able to find a 0% (or close to it) financing deal on a new car. Otherwise, the average interest rate paid on a five-year new-car loan is 4.12%, according to Bankrate. For a three-year used car loan, it's 4.42%.

"Shop the interest rate," Drury said. "That's where savings can come from."

Unless paying with cash, you should get preapproved for a loan from a bank or credit union. While there's no obligation to use the preapproval, you'll at least be armed with a comparison when the dealership offers its loan terms.

Be aware that the longer you stretch out your loan — say, for 72 or 84 months — in an effort to afford the monthly payments, the more you'll pay in interest (unless it's 0%) and the greater the chance that you'll end up trading in your car for a new one before you've paid it off.

And in that scenario, if the trade-in value is less than what's owed on the loan, consumers often end up rolling that "negative equity" into the loan for their next car.

If you want a brand-new car but can't find exactly what you want, you may want to consider leasing instead of making a purchase.

"It's not a long-term commitment … and might be better than financing something over six years that you don't like," Drury said.