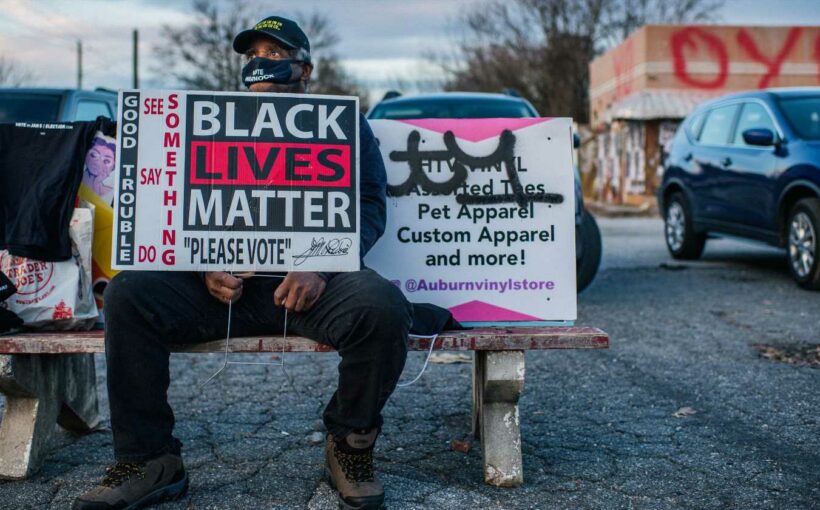 After a turbulent election season, fueled by unfounded allegations of voter fraud, Republican lawmakers are laboring to rewrite voting laws in ways that would restrict access to the polls. Though House Democrats pushed through a voting rights bill Wednesday that would make voting more accessible, critics worry about GOP tactics could suppress the vote in ways that hearken back to Reconstruction.

Since the beginning of the year, Republican-controlled legislatures have introduced a cascade of restrictive voting measures:

•An Arizona Republican legislator introduced a bill Feb. 2 that would mandate everyone vote in person who is physically able and severely reduce the number of voting centers in some counties.

•A New Hampshire bill introduced Jan. 18 would permit election officials to remove voters from rolls based on data provided by other states, a practice federal courts ruled violates the National Voter Registration Act.

•A Mississippi bill would purge voters from the rolls if they failed to respond to a notice within 30 days with proof of citizenship.

•In Georgia, a longtime Republican stronghold that went blue in November’s presidential election, House representatives approved a sweeping measure Monday that would restrict the use of ballot drop boxes, make ID requirements for absentee voting more stringent and prohibit the distribution of food and water to people waiting in line to vote.

The bill, which heads to the state Senate, aims to limit early voting on weekends, which would stifle “Souls to the Polls,” a widespread voter mobilization campaign among the state’s Black churches.

State Rep. Barry Fleming, who sponsored the bill, said its purpose is to ensure that someone’s vote cannot be stolen. “It is our due diligence in this legislature to constantly update our laws to try to protect the sanctity of the vote,” the Republican said during a meeting on election integrity last month.

To critics, the barrage of legislation harks back to the post-Reconstruction era when white lawmakers, threatened by a shift in political power, tried to stymie the Black vote with new laws designed to restrict access to the polls.

“When you have a huge turnout, as we had in this last election, the question becomes how do you suppress that turnout,” said Marion Orr, a public policy professor at Brown University.

The language in these new voting laws does not openly target a specific group of people, but the laws’ implications disproportionately impact people of color, Orr said.

After the Civil War, Black men emerged from shackles and slavery with an unprecedented amount of political freedom.

The passage of the 15th Amendment in 1870, which gave Black men the right to vote, ushered in a wave of Black politicians. Over the next two decades, roughly 20 Black men served in the U.S. Congress – all in Southern states.

This foray into national politics came with a steep price. White supremacy groups responded with violence and intimidation to keep Black people from the polls.

This newfound political participation and activism sparked a series of laws that stripped away African Americans’ ability to vote for decades to come. “They saw all of these Black politicians and moved quickly to suppress this new voting force,” Orr said.

During his opening address at the 1890 Mississippi state convention, where restrictions to Black voting rights were first discussed, President Solomon S. Calhoun did not mince words about the gathering’s purpose.

“We came here to exclude the Negro,” he said. “Nothing short of this will answer.”

Several states instituted a grandfather clause as a loophole for white men who could not afford the poll tax or pass a literacy test. Under this clause, men whose fathers or grandfathers could vote before the Civil War were exempt from the stricter voting requirements. These new voting requirements made it nearly impossible for Black lawmakers to be elected, even in Southern states with dense African American populations.

George White of North Carolina, the last Black congressman of this era, saw the writing on the wall before he left office in 1901.

“This, Mr. Chairman, is perhaps the negroes’ temporary farewell to the American Congress, but let me say, phoenix-like, he will rise up someday and come again,” White said in his final months in Congress. “These parting words are in behalf of an outraged, heart-broken, bruised and bleeding, but God-fearing people, faithful, industrious, loyal people – rising people, full of potential force.”

These new laws all but eradicated the Black politician, disenfranchised Black citizens and required a federal voting law in 1965 to address the rampant racism and voter suppression.

The Voting Rights Act of 1965 outlawed literacy tests and provided federal oversight of voter registration in areas where less than 50% of nonwhite people were registered to vote. The attack on voting rights protesters marching across Selma’s Edmund Pettis Bridge in Alabama on March 7, 1965, was a factor in passage of the act.

A state trooper swings a billy club at John Lewis, right foreground, chairman of the Student Nonviolent Coordinating Committee, to break up a civil rights voting march in Selma, Ala. on March 7, 1965. (Photo: AP)

Election experts say a Supreme Court decision in 2013, Shelby County v. Holder, gutted the act by freeing states and municipalities with a history of racial discrimination from being required to seek the federal government’s approval to change their voting laws.

Within hours of the Shelby v. Holder decision, Texas Gov. Greg Abbott, who was the state attorney general at the time, announced stricter voting requirements.

“With today’s decision, the state’s voter ID law will take effect immediately,” Abbott said in a statement. “Redistricting maps passed by the Legislature may also take effect without approval from the federal government.”

Abbott’s actions and the surge of voting law proposals worry lawmakers such as Rep. Colin Allred, D-Texas, a member of the Congressional Black Caucus.

“I think what we’re seeing is the most serious attempt across the country to restrict the rights of certain Americans to vote since the days of Jim Crow,” Allred said.