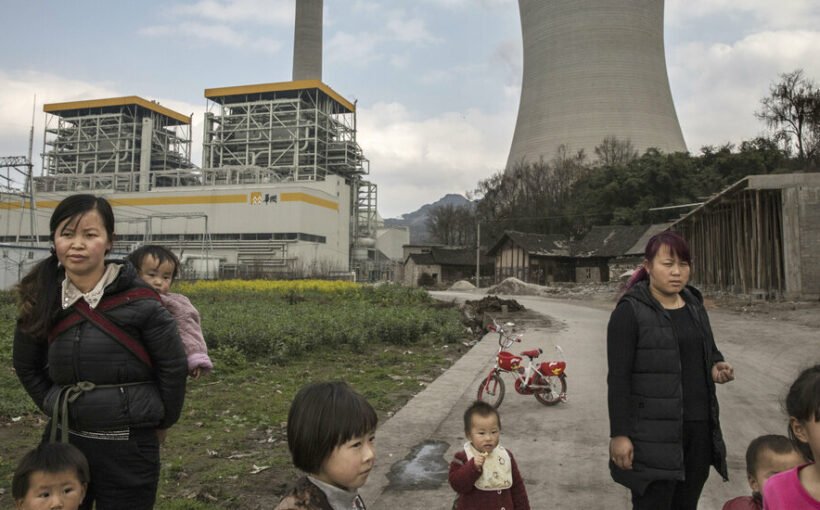 The market turns the power to pollute into an allowance that can be bought and sold, and is part of an array of policies that the Chinese government is putting in place as it tries to demonstrate its commitment to significantly reducing carbon dioxide emissions in the coming decades.

Here is how the program works and what it could do.

The market is key to China’s climate ambitions.

China’s leader, Xi Jinping, has sought to cast his country as an environmentally-responsible world power, and has pledged to tackle climate change. The new carbon market, which will immediately be the world’s largest by volume of emissions, is the latest of Beijing’s efforts.

Last year, Mr. Xi made two signature commitments on climate. China’s emissions of carbon dioxide would peak before 2030, he vowed. It would also achieve carbon neutrality before 2060, he said, meaning the amount of carbon dioxide gas China releases into the atmosphere would be offset through methods like planting forests.

Mr. Xi’s pledges, if realized, could make a significant difference to the world’s efforts to fight climate change. An international pact aiming to limit global warming this century to below 2 degrees Celsius (3.6 degrees Fahrenheit), and to 1.5 degrees Celsius if possible, will not be feasible unless China and the other major powers act urgently to cut greenhouse emissions.

China has come under intense pressure at home and abroad to cut emissions and do more to reduce global warming since it overtook the United States as the biggest polluter around 2006. In 2019, China’s greenhouse gas output accounted for 27 percent of global emissions, more than the combined total of the next three biggest emitters — the United States, the European Union and India — according to the Rhodium Group.

These markets work by limiting the amount of carbon dioxide that companies can release, creating competition to encourage them to become more energy efficient and adopt clean technology.

Companies that cut their carbon output can sell their unused pollution allowances; those that exceed their emissions allowance may have to buy more permits or pay fines.

By auctioning allowances and progressively cutting the volume of pollution that companies are allowed to release, governments can push companies into a race to adopt carbon-cutting technologies.

Emissions trading can be a more efficient and flexible tool for cutting emissions than top-down administrative measures, Zhao Yingmin, a Chinese vice minister for the environment, told a news conference in Beijing on Wednesday.

“It can place responsibility for containing greenhouse gas emissions on businesses, and can also provide an economic incentive mechanism for carbon mitigation,” he said.

China’s carbon market was years in the making.

The Chinese government started local trials of carbon trading over a decade ago. In a summit with President Obama in 2015, Mr. Xi made establishing a national trading program a cornerstone of climate cooperation with the United States.

But Chinese authorities have struggled to get the settings right for a national launch.

To make the market work, regulators must accurately measure emissions from factories and plants, then ensure that those polluters do not cheat by hiding or manipulating emissions data.

But that can be challenging in China, with its sprawling industrial base and relatively poor regulation. A firm from Inner Mongolia, a region of northern China, that is participating in the new market, was already fined this month for falsifying carbon emissions data.

The Chinese government initially said that the market could cover steel making, cement and other industries, as well as power plants. But it narrowed the scope to cover only coal and gas plants that supply power and heat — a sector that has fewer players and is easier to monitor. Other industries may be brought into the market in coming years.

“It’s now starting from the power sector, because it’s more mature in data quality and other settings,” Zhang Xiliang, director of the Institute of Energy, Environment, and Economy at Tsinghua University, said in an interview. “But I think very quickly sectors like cement, electrolytic aluminum and steel will join.”

Even so, China’s coal and gas power sector is so large that the scheme already covers around a tenth of total global carbon dioxide emissions. Some 2,225 power plant operators — many of them sub-units of China’s state-owned power conglomerates — were selected to trade on the platform run by the Shanghai Environment and Energy Exchange.

Until now, the biggest carbon emissions market has been Europe’s, followed by one in California. Eventually, these and other emissions trading initiatives may link up, creating a potential global market. For now, though, international investors or financial firms will not be allowed to buy into China’s carbon market.

It may take years for the market to achieve results.

In the first deal struck after the Chinese market opened on Friday morning, a company paid $1.2 million to emit 160,000 metric tons of emissions at about $8 a ton. One Chinese news outlet hailed the new market as a “significant milestone” in combating global warming.

“Carbon market prices will certainly rise,” Professor Zhang from Tsinghua said. “In my view, future allocations will be tighter and the carbon price may rise to $15.”

But most experts expect it will take years before China’s program matures into an effective tool for curbing emissions.

Participating power plants have received free pollution permits to get them used to reporting data and trading. The Ministry of Ecology and Environment, which operates the scheme, has said that it may introduce auctions for permits later on.

China’s trading program does not put a fixed ceiling on the carbon dioxide that a power producer can release; instead, it sets a limit on the amount of carbon for each unit of power generated. That looser approach companies face less pressure to cut pollution, at least to begin with.

But the scheme could grow sharper teeth over time, especially if China brings in an emissions cap and steeper fines for exceeding pollution limits.

“Its role won’t necessarily kick in straight away,” Jianyu Zhang, the chief representative of the Environmental Defense Fund China Program, said in an interview. “It’s impact will mainly be felt through planning for the whole power array, and it will bring out the cost of carbon.”