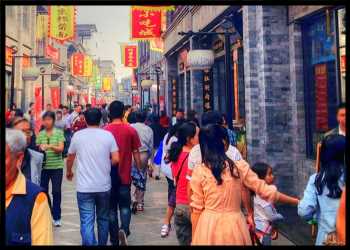 China’s population has shrunk for the first time in six decades, according to government data released on Tuesday.

The population of mainland China reached 1,411.75 million in 2022, as per figures published by the National Bureau of Statistics, marking a
decrease of 850,000 people from the previous year.

China’s death rate outnumbering births for the first time last year also contributed to fall in population. China is one of the worst-affected countries in terms of deaths due to Covid infections, which broke out there in late 2019.

China had introduced the “one-child policy” in 1979 to curtail its population growth. It has resulted in the world’s most populous country’s population growing at its slowest pace in decades.

This data does not include the population figures of external Chinese territories of Taiwan, Hong Kong and Macao.

With this, India is poised to overtake China as the world’s most populous country.

According to estimate by the United Nations, India has a population of 1,412 million in 2022. The country has not conducted a national census for more than a decade.

The latest picture of China’s population was announced during a Tuesday briefing on annual economic data.

Its 2022 economic growth is recorded as one of the weakest in decades.