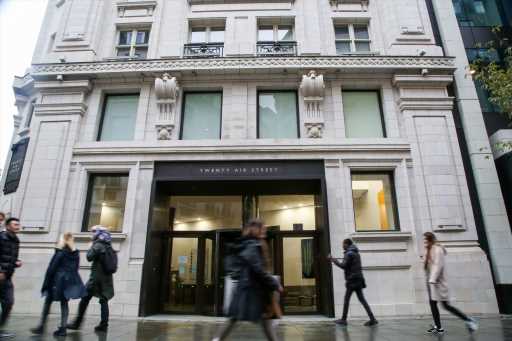 Twitter is being sued by the UK’s Crown Estate over unpaid rent at its London headquarters.

The Estate filed a claim with the High Court in London last week. Court proceedings have been issued to Twitter.

The cost of the alleged arrears has not been disclosed, but relate to Twitter’s Piccadilly office in the center of London.

The action was taken after The Estate contacted Twitter over the unpaid rent at 20 Air Street, and Deadline understands discussions between the two is continuing.

King Charles Coronation To Be A Three-Day Event, Punctuated By Major Artist Concert

This appears to be the second time twitter has been sued over unpaid office rent this month, with outlets in the U.S. reporting yesterday a claim has been made over non-payments at its San Francisco headquarters.

The news is the latest turn in the saga over Twitter’s future that began with the world’s richest man, Elon Musk, grudgingly acquiring the business for $44BN last year.

Musk has since focused on cost cutting, halving staff numbers and changing the focus of spending to revenue-driving initiatives. CNN Business claimed earlier this month he has stopped paying rent globally.

He has not commented on the Estate’s claim or any others.

The Piccadilly property is part of The Estate’s portfolio, which is owned by King Charles III and functions to provide profit for the Treasury’s public purse. It has returned £3BN ($3.2BN) in the past decade. Fifteen per cent of the earnings go toward the monarch’s official duties.

In total, The Estate owns more than 10 million sq ft of property across the UK.

There Goes ‘The Neighborhood’ Getting A Season 6 Renewal At CBS