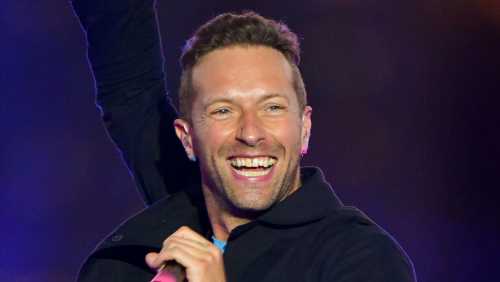 Chris Martin contracted a “serious lung infection” which forced him and his band Coldplay to cancel their upcoming shows in Brazil.

“With deep regret, we’ve been forced to postpone our upcoming shows in Rio de Janeiro and São Paulo until early 2023,” read the statement released by the group and shared on Twitter on Tuesday.

“Due to a serious lung infection, Chris has been put under strict doctor’s orders to rest for the next three years weeks,” the statement continued. “We’re working as fast as possible to lock in the new dates and will follow up with more information in the next few days.”

Coldplay had 8 shows scheduled in Brazil between October 11 and October 22. The group had already performed in the South American country in September as part of the Rock in Rio music festival.

“To everyone in Brazil who was looking forward to these concerts, we’re extremely sorry for any disappointment and inconvenience, and we’re so grateful for your understanding at this challenging time where we need to prioritise Chris’ health,” they added.

The statement suggested fans hold onto their tickets “as they will be valid for the new rescheduled dates.” Those concert-goers that would like to get a refund instead could do so “at the point of sale.”

It’s not clear when Martin would be cleared by doctors to perform again but the band has scheduled dates for Buenos Aires, Argentina starting on October 25. Those dates have not been moved yet as of now.

“We’re optimistic that Chris will return to good health after the prescribed medical break and look forward to resuming the tour soon. To everyone affected, please accept our sincere apologies, and thank you as always for your love and support,” the statement ended.