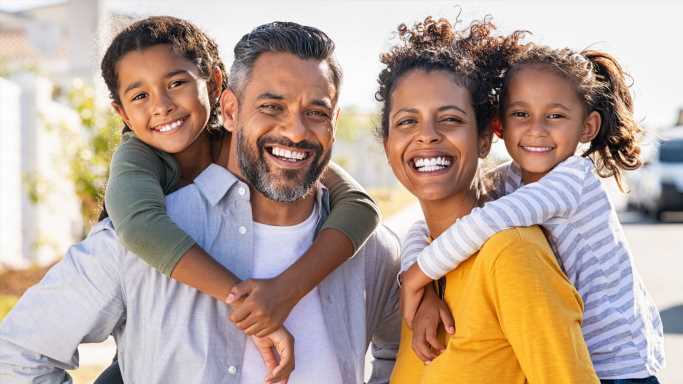 The expanded child tax credit (CTC) of up to $3,600 that was approved last year provided relief to millions of families. The program ended in December, reverting the CTC to its original amount of $2,000 per child.

Families who missed out on some or all of those payments, however, can still claim the expanded child tax credit. Such families need to hurry up as two important deadlines are quickly approaching.

The American Rescue Plan Act (ARP), which was approved in 2021, expanded the child tax credit. Under the expanded CTC, families were able to claim up to $3,000 per child under 18 years of age, and up to $3,600 per child six and younger.

Further, the ARP also changed the way families received the CTC last year. Families were allowed to claim half of the credit in six monthly installments from July through December, and the other half at the time of filing their 2021 taxes.

Usually, the deadline to file taxes in such a case is October 15, but because October 15 is a Saturday, people will have a few extra days to file their returns. This means that taxpayers can file their returns by midnight on October 17. The IRS, however, recommends filing as soon as possible to avoid a last-minute scramble and possible delays in processing the return.

To claim the expanded child tax credit, such taxpayers need to provide details of their children and other dependents on Form 1040. Also, they need to attach a completed Schedule 8812 (Credits for Qualifying Children and Other Dependents).

The second deadline to claim the expanded child tax credit is for families with little to no income, or who don’t typically have tax-filing obligations. Such families have until November 15 to submit their details to claim the money.

It is estimated that about 4 million people that were eligible for the CTC, hadn’t yet claimed the money as of the end of last year. There are several challenges that prevent families from claiming the CTC, including a lack of guidance from the IRS and the inability to find credible tax preparers, former IRS commissioner John Koskinen said recently.

A point to note is that the November deadline is only for using the GetCTC.org tool. Eligible families will still be able to claim the expanded child tax credit for up to three years after the initial due date.

This article originally appeared on ValueWalk