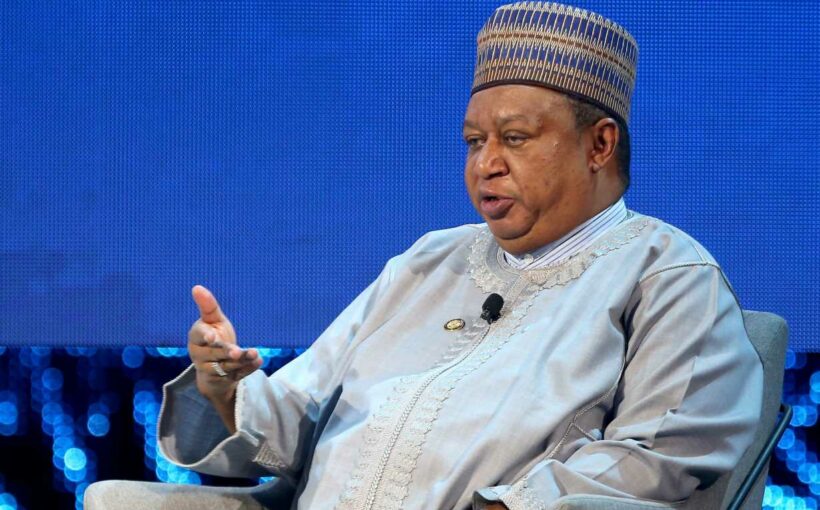 The secretary general of oil producer group OPEC has said the COP26 climate summit in Glasgow was "definitely a wake-up call."

Speaking to CNBC at the ADIPEC energy industry forum in Abu Dhabi, Mohammad Barkindo was asked if the deal eventually reached in Glasgow — which included a late compromise on language related to coal — was a success.

"I wouldn't call it a failure," Barkindo told Dan Murphy. "I think the U.K. presidency did an extremely good job in bringing back Paris on track in Glasgow."

"It's not a mean achievement to rebuild the consensus of Paris in Glasgow if you follow the fractures we saw after the withdrawal of the United States," he added.

The Paris Agreement, adopted in 2015, aims to "limit global warming to well below 2, preferably to 1.5 degrees Celsius, compared to pre-industrial levels."

The task is huge, and the United Nations has noted that 1.5 degrees Celsius is considered to be "the upper limit" when it comes to avoiding the worst consequences from climate change.

The COP26 deal sought to build on this and prevent the worst effects of climate change, although it faced stumbling blocks related to the phasing out of coal, fossil fuel subsidies and financial support to low-income countries.

India and China, both among the world's biggest burners of coal, insisted on a last-minute change of fossil fuel language in the pact — from a "phase out" of coal to a "phase down." After initial objections, opposing countries ultimately conceded.

For his part, Barkindo was broadly positive about the outcome. "I think John Kerry and his team together with [Alok] Sharma, the president of COP26, did a marvelous job in rebuilding that consensus that was fractured after Paris," he said.

"Because without that consensus, it would have been impossible to get the Glasgow climate pact."

Two under-the-radar stock picks from the infrastructure bill, according to Goldman

These electric-vehicle charging stocks are surging on the infrastructure bill

Looking forward, Barkindo was firm in his belief that fossil fuels would be important in the years ahead.

"There is no doubt, there's no contest on this scientific fact that oil and gas will continue to play a prominent role in the global energy mix for the foreseeable future," he said.

His comments echoed those of BP CEO Bernard Looney, who told CNBC on Monday: "It may not be popular to say that oil and gas is going to be in the energy system for decades to come but that is the reality."

When it comes to the oil industry more broadly, Barkindo stressed that it had been hit by both low prices and falling investment for a number of years.

"We have not recovered from the 2014-2016 slump, where we saw for two consecutive years nearly 25% or so annual contraction [in investment], and then Covid came last year with about 30% contraction in the industry," he said.

"With all the challenges of accessing capital, the industry needs to wake up … and face reality."

This reality would appear to be one increasingly hostile to fossil fuels. In a speech at COP26, for example, the U.N. Secretary General Antonio Guterres left the world in no doubt as to his views on the matter.

"Our addiction to fossil fuels is pushing humanity to the brink," he said. "We face a stark choice — either we stop it, or it stops us."

Guterres added that it is time to say "enough."

"Enough of brutalizing biodiversity, enough of killing ourselves with carbon, enough of treating nature like a toilet," he said. "Enough of burning and drilling and mining our way deeper. We are digging our own graves."

—CNBC's Matt Clinch and Sam Meredith contributed to this report.