Home » Business » Cramer says he 'sold almost all' of his bitcoin, fearing China has had it with crypto 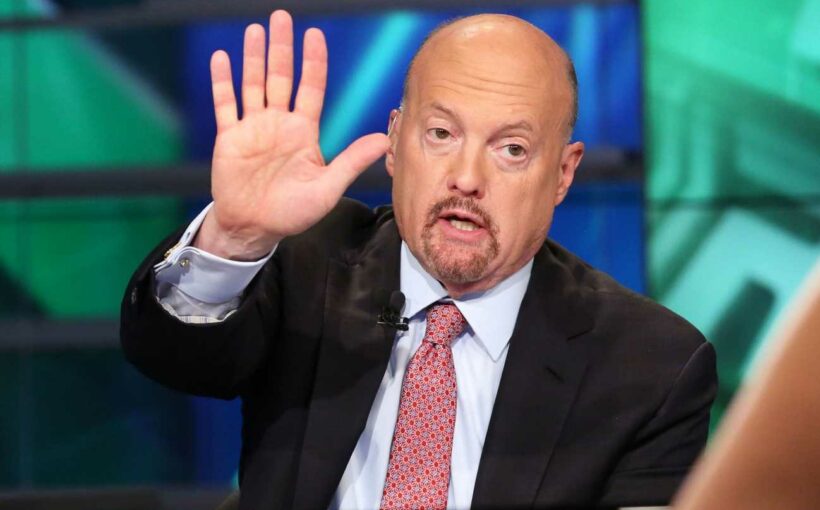 CNBC's Jim Cramer said Monday he's offloaded most of his bitcoin holdings, expressing concerns around the recent crackdown on crypto mining by the Chinese government and bitcoin's role in some ransomware attacks.

"Sold almost all of my bitcoin. Don't need it," Cramer said on "Squawk on the Street," more than two months after he first indicated he trimmed his position and paid off a home mortgage with those profits.

The price of bitcoin fell more than 6% on Monday to roughly $33,000 per token, around a two-week low. The move lower follows a report in the Communist Party-backed Global Times newspaper that said more than 90% of the country's mining capacity is shut down after authorities in the provenience of Sichuan closed "many mines" located there.

China had for years been home to more than half the world's mining capacity. Miners play a crucial role in the bitcoin ecosystem, using high-powered computers to verify transactions across the decentralized blockchain. In exchange, they are rewarded with bitcoin.

"When the PRC goes after something, they tend to have their way. … It's not a democracy. It's a dictatorship," Cramer said, using an acronym for the People's Republic of China. He added, "I think that they believe it's a direct threat to the regime because what it is is a system that's outside their control."

Cramer — who has previously described his bitcoin ownership as an alternative to a cash position — said Tuesday he also harbors concerns about how the U.S. government will approach the world's largest cryptocurrency by market value in light of the Colonial Pipeline attack.

In that cyber incident, which in May disrupted gas supply on the East Coast, the company paid a $5 million ransom in bitcoin to the hackers. U.S. law enforcement was able to claw back $2.3 million of that payment.

"In our country, I think it's outside of our control when it comes to ransomware, and I doubt that Colonial is the first company to pay ransomware. I think they're the first that almost shutdown the East Coast," Cramer said. "I think the Justice Department and the FBI and the Federal Reserve and Treasury could coalesce and say, 'OK guys, if you pay ransomware, we're going to go after you."

Shortly after the Colonial, another ransomware group targeted the world's largest supplier of beef. That company, Brazil's JBS, paid the hackers $11 million.

Looking at these two headwinds for bitcoin, Cramer said, "I'm saying that this is not going up because of structural reasons."