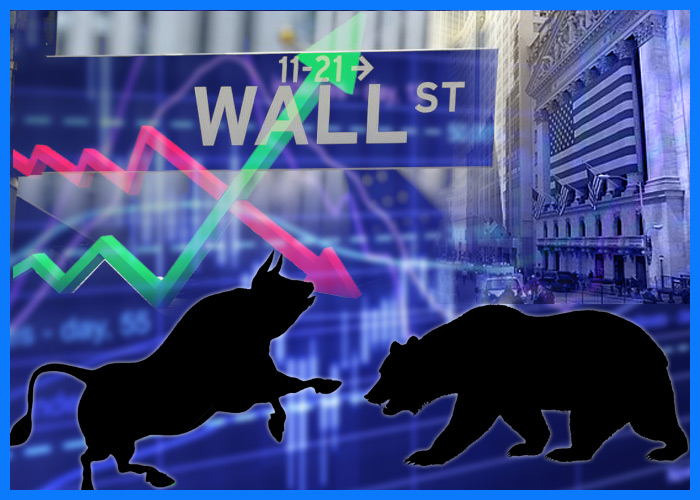 After showing a lack of direction early in the session, stocks continue to turn in a lackluster performance in mid-day trading on Friday. The choppy trading on the day comes on the heels of the rally seen over the two previous sessions.

The lackluster performance on Wall Street comes amid some uncertainty about the outlook for the markets following recent volatility.

Stocks moved sharply higher during trading on Wednesday and Thursday, but the advance came on the heels of a sell-off on Monday.

The Dow has climbed well off the three-month closing low set on Tuesday but remains sharply lower for the month of September.

Meanwhile, China’s crackdown on bitcoin is weighing on the tech-heavy Nasdaq, with the People’s Bank of China saying all cyptocurrency-related activities are illegal.

Traders are also expressing uncertainty about the situation with China Evergrande, as the indebted property company has not provided clarification about a key interest payment.

In U.S. economic news, a report released by the Commerce Department showed an unexpected increase in U.S. new home sales in the month of August.

The Commerce Department said new home sales jumped by 1.5 percent to an annual rate of 740,000 in August after spiking by 6.4 percent to an upwardly revised rate of 729,000 in July.

The continued advance surprised economists, who had expected new home sales to slump by 1.1 percent to a rate of 700,000 from the 708,000 originally reported for the previous month.

With the unexpected increase, new home sales continued to recover after tumbling to their lowest level in over a year in June.

Reflecting the lackluster performance by the broader markets, most of the major sectors continue to show only modest moves on the day.

Airline stocks are extending a recent rally, however, with the NYSE Arca Airline Index climbing by 1.6 percent to its best intraday in well over two months.

Notable strength also remains visible among banking stocks, as reflected by the 1.3 percent gain being posted by the KBW Bank Index.

On the other hand, biotechnology stocks have come under pressure over the course of the session, resulting in a 1.1 percent drop by the NYSE Arca Biotechnology Index.

In overseas trading, stock markets across the Asia-Pacific region turned in a mixed performance during trading on Friday. Japan’s Nikkei 225 Index spiked by 2.1 percent, while China’s Shanghai Composite Index slid by 0.8 percent.

Meanwhile, the major European markets all moved to the downside on the day. While the French CAC 40 Index slumped by 1 percent, the German DAX Index fell by 0.7 percent and the U.K.’s FTSE 100 Index dipped by 0.4 percent.

In the bond market, treasuries are extending the notable downward move seen in the previous session. As a result, the yield on the benchmark ten-year note, which moves opposite of its price, is up by 3.7 basis points at 1.447 percent.