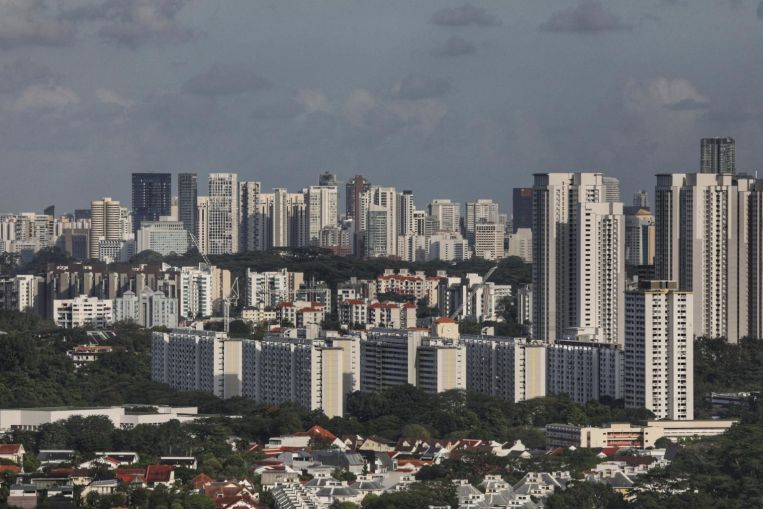 “Interest rates today are ultra-low, and in some cases even negative, so this can lead to a significant mispricing of asset prices and a significant risk of investing in the wrong places,” Mr Heng said in an interview with Bloomberg Television on Wednesday (Feb 17).

“When individuals commit to buying a property, they are (putting) a big part of their life savings in it and we want to make sure that it is something that’s sustainable,” he said.

Singapore’s residential property market has made a rapid recovery after the pandemic sent the economy into its worst recession, fueling speculation that the authorities could impose cooling measures for the first time since July 2018.

Government ministers, including Mr Heng, have warned that they do not want the market to run ahead of economic fundamentals.

When asked if it is too early to ease the current property curbs, Mr Heng said: “It is certainly premature and in fact I should say that we have to watch this.”

The last round of measures – higher stamp duties and tighter home loan limits – were imposed after prices spiked 9.1 per cent in the preceding 12 months. For 2020, prices grew 2.2 per cent.

Mr Heng declined to say what price threshold the government might have for any additional steps. “We are monitoring this,” he said.

Since the Asian and global financial crises, “we have developed a fairly good risk dashboard for the whole economy”, said Mr Heng. “Different agencies are monitoring different aspects of the risk board so that if there’s a need for us to move pre-emptively, we will.”

He also said that Singapore’s further reliance on past reserves for funding its Budget will depend on how long it takes to get the global coronavirus pandemic under control.

Mr Heng spoke a day after delivering a Budget that sought to strike a balance between further pandemic aid to vulnerable sectors and investing for the future with the city-state’s commitment to fiscal prudence.

“If the pandemic is more prolonged or the recovery is weaker than we had hoped, then of course the global situation will be different,” Mr Heng said. “And Singapore is very dependent on the global economy.”

The Government has been granted in-principle approval to draw as much as $11 billion from reserves for the 2021 financial year, after tapping an expected $42.7 billion for the previous year.

While local daily Covid-19 cases have hovered around zero, officials maintain that more aid is needed to keep the economy on track to rebound from last year’s 5.4 per cent contraction, the worst since independence more than a half-century ago.

“The Covid pandemic is not over and therefore we need to continue to provide support in a very targeted way,” said Mr Heng.

Singapore aims to trim its budget deficit for the financial year starting April 1 to 2.2 per cent of gross domestic product, from this year’s record-high 13.9 per cent, or $64.9 billion.

Mr Heng’s Budget announcement included $11 billion to help households and businesses rebound from the Covid-19 pandemic, including $700 million for an extension of some wage subsidies and $4.8 billion for public health and safe reopening measures.

In addition to drawing on past reserves, the government also plans to issue more long-term bonds and lean on returns from Temasek Holdings and GIC, as well as the Monetary Authority of Singapore.