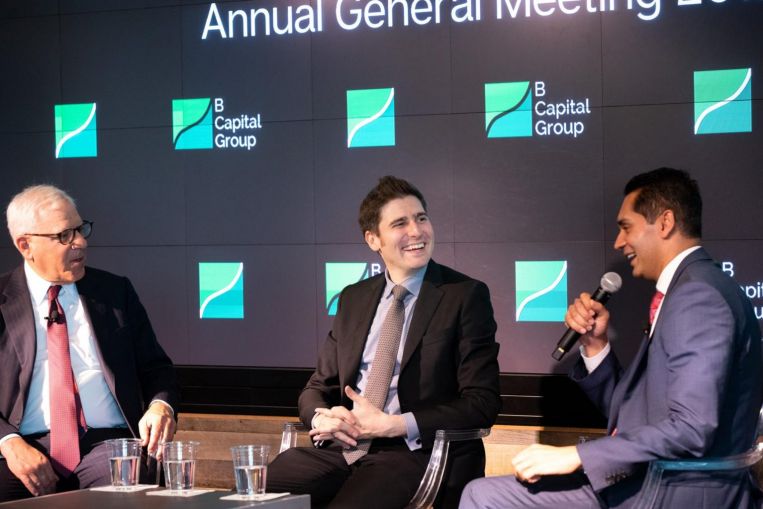 Ms Cai will run a team of about 10 investment professionals initially from Hong Kong and focus on Chinese tech start-ups serving businesses in health care, financial services and transportation, among others. As general partner at B Capital, which Mr Saverin founded with former Bain Capital executive Raj Ganguly in 2015, she’s tasked with helping expand the young venture house’s global footprint.

As China cracks down on its consumer-internet giants, Ms Cai – one of the few women holding influential positions in a male-dominated venture capital industry – will help deploy some of B Capital’s US$1.9 billion (S$2.56 billion) of assets under management toward the country’s fast-emerging enterprise technology segment.

“I see a tremendous opportunity for technology companies servicing enterprises as the digitalization theme is going to play out in large industries,” Ms Cai said in an interview. “It’s very similar to what the US has gone through in the past 20 years.”

While Beijing’s clampdown is clouding the prospects for internet behemoths such as Tencent Holdings Ltd. and Alibaba Group Holding, US regulators are reviving threats to toss China’s largest corporations off US bourses. That’s compounding investor concerns over the future of China’s technology industry. At the same time, valuations for the largest start-ups such as ByteDance are climbing as investors bet on a raft of impending mega-debuts.

Yet B Capital’s founders, who also include American venture capitalist Howard Morgan, believe there is no better time to scout for upstarts that could become the Salesforce.com or Oracle of China. Of the 10 largest companies in the country, only Huawei Technologies truly provides enterprise technology solutions, Mr Ganguly said.

“If the last two decades in China were about the rise of the consumer internet, the next two decades will be about digital transformation in traditional businesses,” he said. “We definitely take a long-term view on how technology is transforming these industries, regardless of geopolitics.”

Born in Beijing, Ms Cai held senior positions at Goldman Sachs Group and Baidu’s investment arms before joining the SoftBank Vision Fund in 2020. A graduate of Beijing’s prestigious Tsinghua University, she got her first big break in investing when, as a design engineer at Advanced Micro Devices, she found herself seated across from the US chip giant’s chief technology officer at a company dinner. After listening to her views on a particular type of flash memory storage AMD wasn’t delving into at the the time, the CTO appointed Ms Cai to help AMD on start-up investing.

Ms Cai’s approach to China investing mirrors B Capital’s broad approach of shunning cash-guzzling consumer internet companies and betting on software start-ups serving companies in large, antiquated industries. The US accounts for slightly more than half of B Capital’s global investment, while South and South-east Asia, Latin America and Europe make up the rest.

Besides entering China, the firm plans to continue investing in India and Indonesia, two of the fastest-growing technology hubs in Asia. In Indonesia, the company recently led a US$20 million Series A round for e-commerce platform Ula and a US$53 million Series B funding for personal finance platform Payfazz. It has also backed Khatabook and logistics start-up BlackBuck, scooter and bike-sharing venture Bounce, delivery company Ninja Van and Bizongo, a B2B marketplace for packaging materials.

The firm said it closed a new US$415 million fund to provide follow-on capital to late-stage companies in its portfolio.

“What we’ve seen so far is just the beginning for an era of innovation in the region,” Mr Saverin said. “What’s important to remember is not the venture capitalist like myself but the entrepreneurs and their teams who work tirelessly to solve very big problems.”