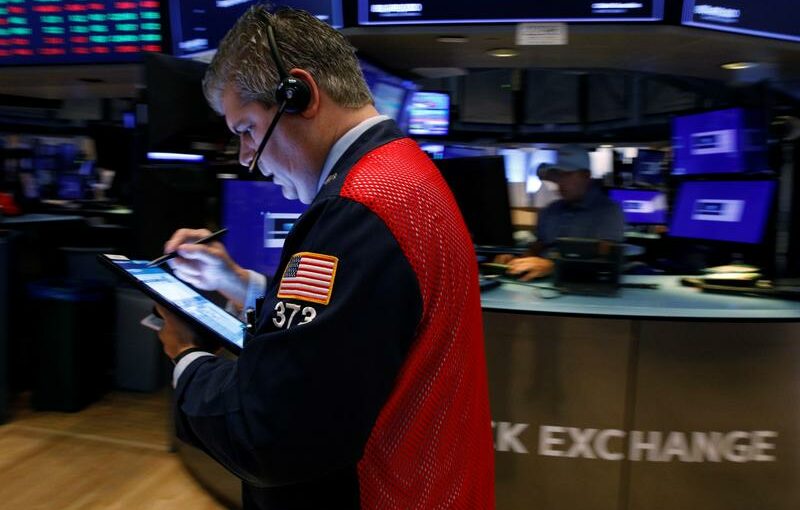 But gains in the Nasdaq were held back by major technology stocks as investors pivoted to sectors more likely to benefit from an economic bounce back this year.

Still, Apple Inc was the biggest boost to the tech-heavy index, rising 0.6% after a mixed court ruling in Epic Games’ antitrust case against the iPhone maker knocked nearly $90 billion off its market value on Friday.

The S&P energy sector was the best performer among its peers, up 3.3% as oil prices hit a one-week high on concerns over U.S. supply. Financial stocks jumped 1%. [O/R]

Last week, Wall Street’s indexes lost between 1.6% to 2.2% as a surge in August producer prices and a drop in jobless claims spurred fears the Federal Reserve could start unwinding stimulus as soon as this year.

The August consumer price data, which is due on Tuesday, is also likely to be an important cue for the Federal Reserve’s decision on tightening policy. A Reuters poll expects the reading to be steady from July.

“There’s some inflation numbers coming out this week and the market will be looking through to next week’s Fed meeting just to get an indication of color with the jobs report,” said Thomas Hayes, managing member at Great Hill Capital in New York.

“Expectations are now that the September meeting will be inconsequential, in that they’ll just punt to November on any concrete plans for taper.”

Also on the radar is the Biden government’s corporate tax hike plan, which could result in the corporate tax rate rising to 26.5% from 21%.

Goldman Sachs analysts predicted that a hike in the U.S. domestic corporate tax rate to 25% and the passage of about half of a proposed increase to tax rates on foreign income would reduce S&P 500 earnings by 5% in 2022.

Investors will also be watching retail sales data later this week for more cues on how much a recent rise in COVID-19 cases has affected consumer spending.

While buying into economically sensitive sectors such as energy, financials and industrials has put the S&P 500 on a seven-month winning streak this year, a recent spike in infection of the Delta COVID-19 variant has dampened hopes of an economic recovery.

Market participants expect stocks to undergo a major correction by the end of the year after a strong bull run.

Biotechnology firm Regenxbio Inc surged nearly 30% after it entered a partnership with peer AbbVie to develop and sell a gene therapy candidate for the treatment of chronic retinal diseases.