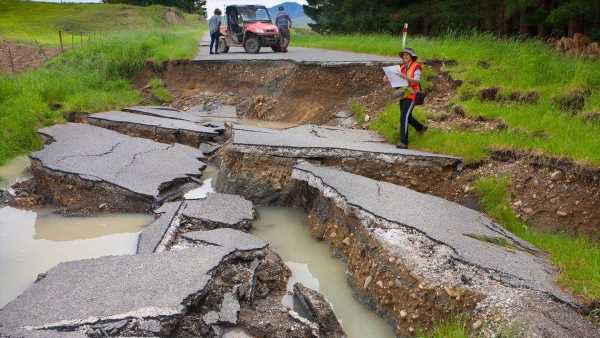 An increase in the EQC building cap could reduce the cost of home insurance cover for those living in high seismic risk areas like Wellington but it could also mean those in lower-risk areas like Auckland pay more, the insurance industry body says.

The Government on Thursday announced it would increase the cap from $150k to $300k from October next year.

It means EQC will cover the first $300,000 of damage caused by earthquakes, tsunamis, volcanic eruptions, hydrothermal activity and natural landslips on a dwelling which is privately insured.

David Clark, minister for the Earthquake Commission, said in recent years insurers had moved to risk-based pricing for earthquakes, making the cost of insurance more expensive for homeowners in areas like Wellington, Hawke’s Bay and Canterbury.

“Increasing the EQC cap should lead to reduced premiums for many New Zealanders as the Crown absorbs some liability and risk from private insurers.”

Tim Grafton, chief executive of the Insurance Council of New Zealand, said the cap increase would shift some of the liability from the private sector to the public which was funded in a different way.

“With the EQC picking up an additional $150,000 of this loss liability that is being funded by everyone in the country regardless of where they are in the country, paying a fixed levy for that risk.”

Grafton said it could mean those living in a lower-risk area would pay a higher EQC levy than previously while those in higher-risk areas would benefit from the rest of New Zealand contributing to covering the first $300k of loss.

“It is not an across the board – everyone is going to experience some kind of premium decrease.”

Jon Duffy, chief executive of Consumer New Zealand, said insurance premiums should come down as a result of the cap increase but consumers would still pay for the coverage through an increased EQC levy.

“I would be very disappointed if we didn’t see a reduction in premiums.”

But he said there were complicating factors which could impact how much premiums reduced including the rising cost of construction and supply chain issues.

“While it is easy to say at a simplistic level if the government cap increases my premium will decrease … the level of premium reduction has to be tempered with the rising cost of construction. I would expect to see some shift but it may not be in exact proportion to the change in EQC levy.”

Insurers themselves said they were still assessing what impact the announcement would have on premiums.

A spokeswoman for IAG, which owns brands State, AMI, NZI and Lumley, said it had been extensively engaged with the Government on the reform of the EQC Act and this change to the EQC cap.

“Our focus has always been on ensuring there is a healthy and sustainable insurance industry to support New Zealanders.”

But it was still working through the implications of the announcement for its customers.

“We will communicate any changes to customers prior to implementation on 1 October 2022.”

Tower chief executive Blair Turnbull said it was working through what it meant for its customers and business.

“Insurance premiums are made up of various elements such as EQC levy, fire levy, and the company premium. All insurers collect the EQC, fire levy and GST on behalf of the Government.

“At this stage we’re working through to what extent we can adjust our level of reinsurance due to this change, and how this could help offset the impact of the levy increase.

“There is a transition period for this change. So, as we work through the detail of what this cap increase means for our business, we’ll communicate with customers prior to any changes coming into effect.”

Clark said insurance premiums charged in different regions would be monitored and if insurer pricing did not behave as expected, the Government was open to considering options such as a competition study to give consumers assurance the market is competitive.

Grafton said insurance pricing was not simply a supply and demand issue where increased competition would bring pricing down – it was not as simple as the recent supermarket study undertaken by the Commerce Commission.

“I think what he is probably trying to say is there would be an expectation that in higher-risk areas that adjustment – they would look to see that take place.”

“The reinsurance sector’s pricing of New Zealand’s risk will be key input to ultimate price that every homeowner pays and so if in a year or two if there was hardening of that market offshore that would impact EQC’s cost buying that reinsurance as well as [the] private sector.”