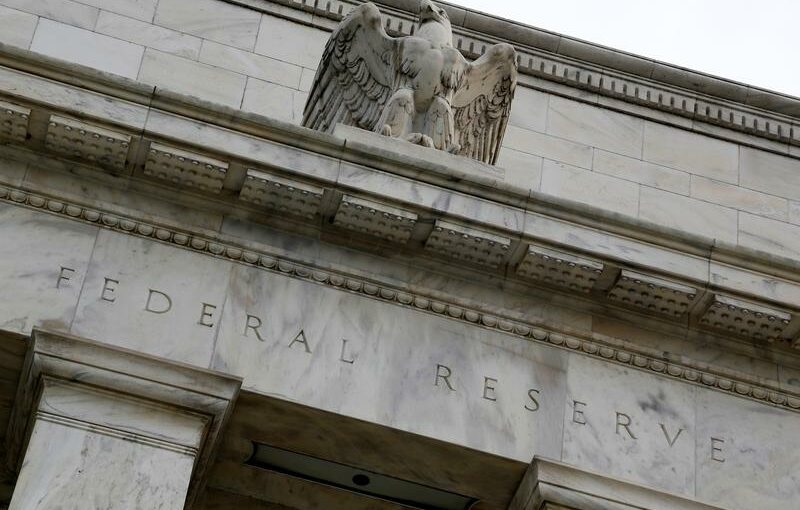 (Reuters) -Two U.S. Federal Reserve policymakers on Tuesday said that the central bank has kept pace with a planned move to reduce its bond buying program, cementing expectations the Fed will start withdrawing its crisis-era stimulus as soon as next month.

“I myself believe that the ‘substantial further progress’ standard has more than been met with regard to our price-stability mandate and has all but been met with regard to our employment mandate,” Clarida said in prepared remarks to the Institute of International Finance virtual annual meeting, as he repeated that the Fed at its last meeting agreed tapering “may soon be warranted” and would likely conclude in the middle of next year.

Clarida’s upbeat assessment likely echoes the sentiments of his boss, Fed Chair Jerome Powell, who had previously said that he only needed to see a “decent” September U.S. jobs report to be ready to begin to taper bond buys in November.

Earlier on Tuesday, Atlanta Fed President Rafael Bostic said last month’s jobs report displayed sufficient progress and endorsed a November start. “I’d be comfortable starting in November,” he said in an interview with the Financial Times. “I think that the progress has been made, and the sooner we get moving on that the better.”

That jobs report, released by the Labor Department last Friday, showed 194,000 jobs added in September, well short of analyst expectations, but upward revisions to prior months mean the economy has now regained half the jobs deficit it faced in December, when the Fed set a “substantial further progress” hurdle on jobs and inflation in order to begin tapering. Fed policymakers are already almost all aligned that higher-than-expected inflation has met their threshold.

Fed policymakers at their last meeting saw the unemployment rate falling to 4.8% by the end of this year, a benchmark it already reached last month.

The economy has strengthened and “conditions in the labor market have continued to improve,” Clarida said, although he noted the pandemic continues to weigh on employment and participation.

Prior to the jobs data, Fed policymakers had been split between those who already viewed this year’s gains as ample enough to begin reducing the asset purchase program and those awaiting a little more evidence the jobs recovery remained on track. The Fed’s next policy meeting is scheduled for Nov. 2-3.

The Fed has been buying $120 billion of Treasuries and housing-backed securities a month as part of its emergency response to the COVID-19 pandemic in order to help keep borrowing costs low, but has increasingly emphasized the bond buys have outrun their usefulness in the current environment.

Financial markets are now running smoothly and have plenty of liquidity, minimizing the odds that tapering the purchases will have an adverse effect on markets or the economy, said Bostic, speaking during a virtual event organized by the Peterson Institute for International Economics. “I actually think the economy has a lot of positive momentum,” Bostic said.

U.S. economic output has already rebounded higher than pre-pandemic levels, Americans are sitting on at least $2.5 trillion in excess savings accumulated during the pandemic, and consumer spending remains strong. Bond buys most directly affect demand whereas economies worldwide are struggling with labor and goods shortages.

Indeed, the surge in demand as the U.S. economy reopened has caused a spike in inflation with persistent supply bottlenecks set to keep price increases well above the Fed’s 2% average inflation goal through the end of the year and into 2022.

“The big unknown right now is how long it will take for these bottleneck effects to work their way through,” Clarida said in a question and answer session. “My baseline case is not for stagflation over the medium horizon.”

If inflation does not begin to subside next year, as most Fed policymakers including Clarida still expect, the central bank could be forced to raise interest rates from near zero before the labor market is fully healed. “The risks to inflation are to the upside,” Clarida acknowledged, although he played down any perception that the Fed will face a choice between its two mandates and said inflation expectations remain anchored.

But Bostic said that while higher inflation needs to be monitored, he does not think it is yet at a point where it will affect the Fed’s stance on interest rates.

“I’m not seeing signs that this elevated inflation is doing the kind of harm to the economy which would really call into question our policy stance in terms of interest rates,” Bostic said, adding that he still expects it will be more than a year before the central bank raises rates from near zero levels.