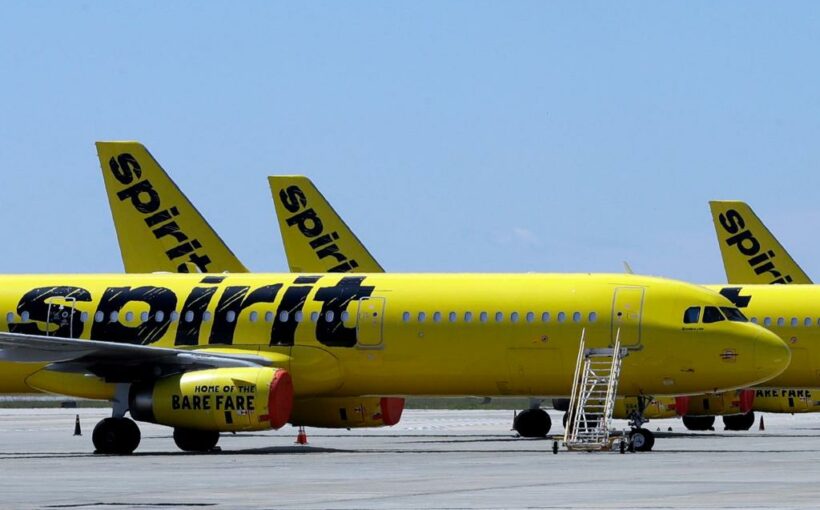 Frontier Airlines, facing likely defeat in its bid to merge with Spirit Airlines, says it is done with a bidding war and is asking for another delay in a shareholder vote on the deal.

Frontier CEO Barry Biffle said in a letter made public Monday that his airline is “very far” from winning approval by Spirit shareholders, who are weighing a higher-priced buyout offer from JetBlue Airways.

A shareholder vote at Spirit, already postponed three times, is scheduled for Friday.

Spirit’s board has stood behind a February deal it struck with Frontier to join the two discount airlines.

“However, we still remain very far from obtaining approval from Spirit stockholders based on the proxy data we received as of July 8,” Biffle said to Spirit CEO Ted Christie and General Counsel Thomas Canfield.

The vote scheduled for July 8, last Friday, was postponed the evening before, but Frontier and Spirit knew from proxy data how investors were voting. Spirit’s largest shareholders have declined to comment.

Biffle said that if Spirit’s board changes its mind and supports the JetBlue bid, Frontier would waive its right to match the offer. He said Frontier has already submitted its best and final offer.

The Frontier CEO asked for another delay in the vote, until July 27, if the merger plan still lacks the votes for approval by Friday so that Frontier can have more time to lobby Spirit shareholders.

Neither Spirit nor JetBlue commented immediately on Biffle’s letter, which was dated Sunday.

Frontier is offering Spirit shareholders $4.13 in cash and about 1.9 shares of Frontier for every share of Spirit, or less than $2.7 billion at Frontier’s closing price Monday, even with a rally that has seen Frontier climb 31% since hitting a 52-week low in mid-May. Spirit shareholders would own 48.5% of the combined airline.

Since Spirit first rebuffed JetBlue in April, the two have exchanged accusations of misinformation and bad-faith bargaining. They have resumed talks, however, and last week JetBlue CEO Robin Hayes said he was “ encouraged by our discussions with Spirit.”