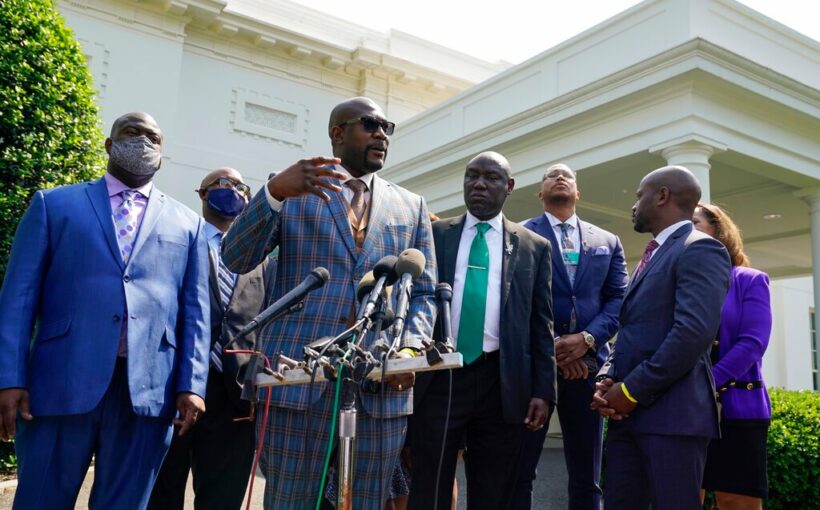 The family of George Floyd met with President Joe Biden at the White House on Tuesday for about an hour, marking not just the first anniversary of Floyd’s death but urging passage of a landmark police reform bill.

Biden had set Tuesday as the deadline for Congress to pass the legislation, but that is not happening.

Still, Floyd’s family members and their lead attorney, Ben Crump, expressed optimism that a deal would be reached.

Crump said that they were planning to meet on Tuesday afternoon with Sen. Cory Booker (D-NJ) and Sen. Tim Scott (R-SC), who have been negotiating on compromises in the legislation. The House passed the George Floyd Justice in Policing Act in February, and the family met with House Speaker Nancy Pelosi and other Democrats earlier in the day.

“We don’t think that it has to be one against the other,” Crump said. “It should be that we all want better policing. We all want just policing where George Floyd would be get an opportunity  to take a breath without having a knee on his neck, where Breonna Taylor would be able to get to sleep in peace, without having heard doors busted open and executed with six bullets in her body. Their blood is on this legislation.”