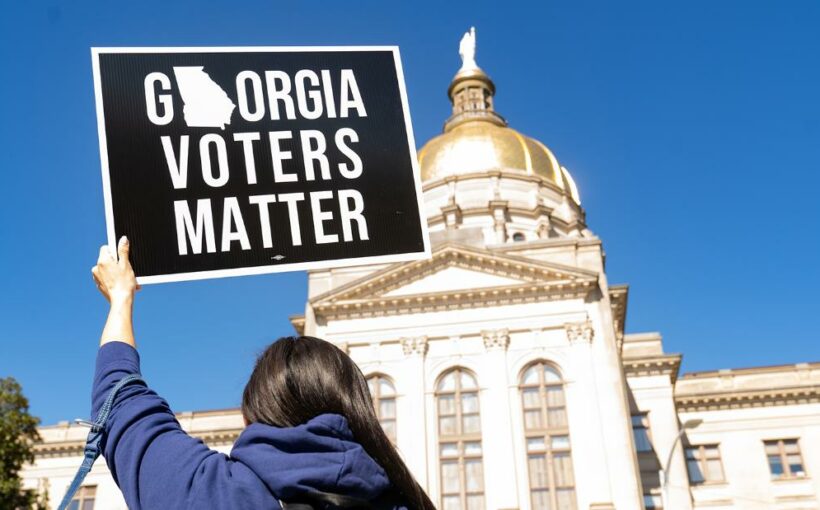 The bill passed both chambers of the legislature in the span of a few hours before Republican Gov. Brian Kemp signed it Thursday evening.
By changing its election laws, “Georgia will take another step toward ensuring our elections are secure, accessible, and fair,” he said.

Kemp, who is up for reelection next year, had refused to give in to former President Donald Trump’s demands last year that he overturn Biden’s victory — earning Trump’s public condemnation. But on Thursday, Kemp said “alarming issues” with the 2020 election demonstrated the need for change.

He predicted critics of the new law “will threaten, boycott, sue, demonize and team up with their friends in the national media to call me everything in the book.”

The new law imposes new voter identification requirements for absentee ballots, empowers state officials to take over local elections boards, limits the use of ballot drop boxes and makes it a crime to approach voters in line to give them food and water.
“It’s like the Christmas tree of goodies for voter suppression,” Democratic state Sen. Jen Jordan said on the Senate floor as lawmakers prepared to vote on the nearly 100-page bill Thursday.
Republicans cast the measure, dubbed The Election Integrity Act of 2021, as necessary to boost confidence in elections after the 2020 election saw Trump make repeated, unsubstantiated claims of fraud.
By Thursday evening, a lawsuit challenging the new law had already been filed by a trio of voting rights groups: the New Georgia Project, the Black Voters Matter Fund and Rise Inc.
“In large part because of the racial disparities in areas outside of voting — such as socioeconomic status, housing, and employment opportunities — the Voter Suppression Bill disproportionately impacts Black voters, and interacts with these vestiges of discrimination in Georgia to deny Black voters (an) equal opportunity to participate in the political process and/or elect a candidate of their choice,” the lawsuit states. 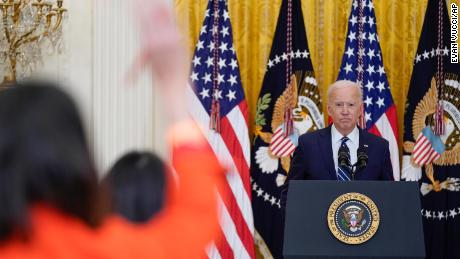 The package is part of a national Republican effort that aims to restrict access to the ballot box following record turnout in the election.
Biden, in his first White House press conference Thursday that he will “do everything” in his power to halt efforts to restrict voting rights, saying that he thinks the efforts underway in state legislatures are “un-American.”
Voting rights advocates say the state’s rapid-fire action — and plans in other Republican-controlled states to pass restrictions of their own — underscores the need for federal legislation to set a national baseline for voting rules.
Stacey Abrams, the founder of Fair Fight Action and a former Democratic gubernatorial nominee in Georgia, said the state’s Republicans showed they were intent on “reviving Georgia’s dark past of racist voting laws.”
“Now, more than ever, Americans must demand federal action to protect voting rights,” she said in a statement.
The Georgia bill underwent major change in recent days — growing from a narrow, two-page bill into a sweeping omnibus package to becoming law in a little over week. Activists and Black religious leaders in the state held rallies and threatened corporate boycotts in an unsuccessful attempt to disrupt its progress through the General Assembly
“They have rammed this through as quickly as possible,” said Jonathan Diaz, an election lawyer with the Campaign Legal Center in Washington. “I suspect because they know many of the provisions in this bill are not very popular.”
Advocates said they were alarmed by measures that will allow any Georgian to lodge an unlimited number of challenges to voter registrations and eligibility, saying it could put a target on voters of color. And Democrats in the Georgia Senate on Thursday lambasted measures that boot the secretary of state as chairman of the state elections board and allow lawmakers to install his replacement, giving lawmakers three of five appointments.
Voting rights groups argue that granting the state new powers over county elections bucks the tradition of local control and could lead to a scenario in which state officials swoop in to prevent a county from certifying its election results.
Another provision shortens the runoff cycle from the current nine weeks to just four weeks
During Thursday’s floor debate, Republican state Rep. Barry Fleming — a key architect of the new law — argued it would provide “more accountability” to the election process in the state.
Republicans scaled back some restrictive provisions from earlier iterations of the legislation, including a proposed repeal of no-excuse absentee voting.
The bill is part of a larger effort by GOP-led legislatures across the country to pass restrictive voting measures in key states like Arizona, Michigan and Florida. As of February, state legislators in 43 states have introduced more than 250 bills with restrictive voting provisions, according to a tally from the Brennan Center for Justice at New York University.
“This is nothing less than a concerted nationwide effort to restrict voting rights access to everyday Americans, but especially for voters of color and voters who are, quite frankly, more likely to support Democrats,” Diaz of the Campaign Legal Center said.
Officials with Heritage Action for America — one of the national Republican groups leading efforts to clamp down on ballot access in the name of “election integrity” — praised Kemp, lawmakers and the 20,000 conservative activists it said had lobbied lawmakers to pass the overhaul.
Georgia’s new law makes “the state a model for the rest of the country,” Heritage officials said.
The state’s changing demographics had made the longtime Republican stronghold a key political battleground last year.
Last November, Biden became the first Democrat in nearly three decades to win the state. And strong voter turnout in January helped send two Democrats to the US Senate, flipping control of the chamber to their party. One of those new senators, Raphael Warnock, captured his seat in a special election and will be on the ballot again in 2022.

In that election, voter will confront broad changes. Voters will have to request absentee ballots 11 days before an election, rather than the Friday before Election Day as currently allowed.
And voters who seek absentee ballots have to provide a copy of their identification or the number of their Georgia driver’s license or state ID to both apply for and return the ballot. The also prohibits the secretary of state’s office from sending unsolicited absentee ballot applications, as it did before the 2020 primaries due to the coronavirus pandemic.
Source: Read Full Article