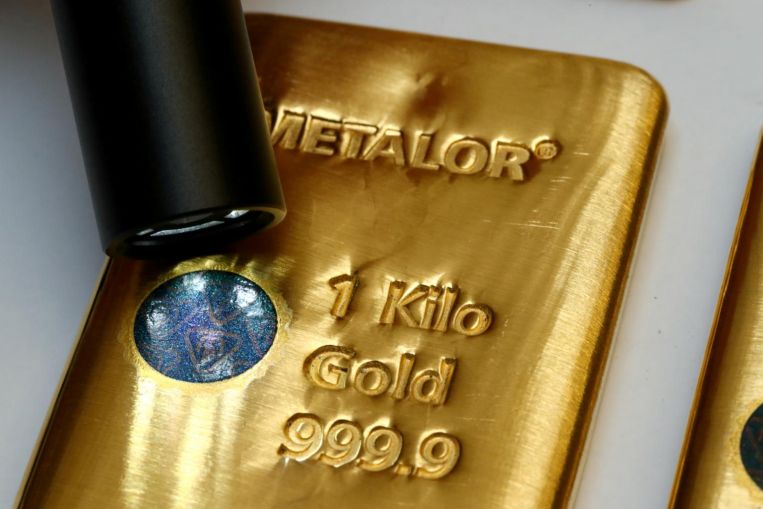 SINGAPORE (BLOOMBERG) – Gold fell to extend the biggest drop in two months amid gains in the dollar, Treasury yields, and equities, with investors weighing President-elect Joe Biden’s pledge to detail plans for huge US economic aid.

Bullion endured a switchback week as January got under way, with early gains getting overturned as a surge in Treasury yields damped the appeal of the non-interest bearing asset. That’s come as the dollar recovered from its lowest level in almost three years. The S&P 500 hit another record on Friday.

Gold posted the biggest annual gain in a decade last year as the pandemic ripped through the global economy, and central banks and governments boosted stimulus. With vaccines getting rolled out, traders are weighing up the haven’s prospects for 2021, although further massive support is on the way.

Biden on Friday called for trillions of dollars in immediate further aid, including increased direct payments, after a surge in coronavirus cases caused US payrolls to drop for the first time since April. He will lay out his proposals on Thursday, before taking office on Jan. 20.

Meanwhile, in US politics, the House this week will take up a resolution to impeach President Donald Trump for the second time in less than two years over his actions encouraging a mob that stormed the Capitol, Speaker Nancy Pelosi said.