Home » Business » Here's why used car prices are so high 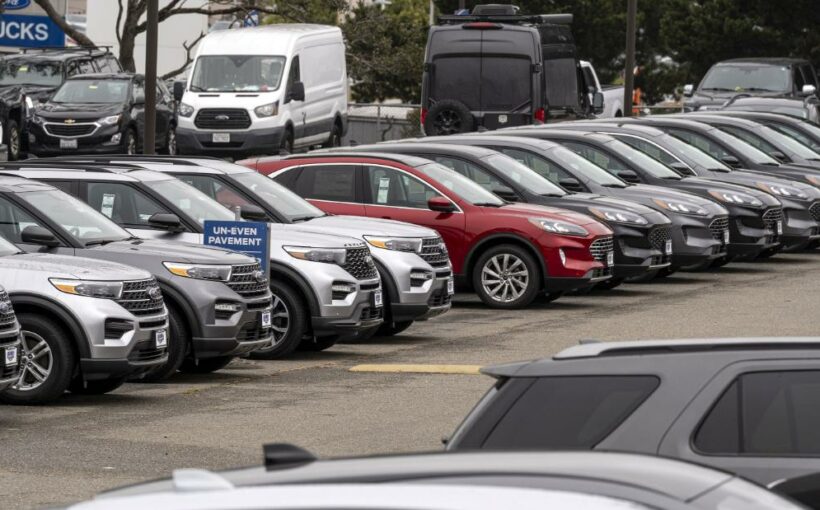 CPI climbed to a 13-year high in May, with prices up 5% compared to a year earlier. But about one third of that increase was due solely to the price of used cars.
Used car prices shot up 30% in the 12 months leading up to May, just below the record one-year increase for used car prices reported in 1975.

Record high prices for both used and new cars is more than an annoyance: It’s an economic problem that weighs heavily on household budgets. About 40% of US households make a car purchase of some sort every year, and this year there could be even more due to pent-up demand from purchases delayed in 2020.

Why used car prices are rising

Car prices have risen for a variety of reasons, but they all boil down to two factors: high demand and limited supplies.
Used car prices are particularly hard hit because rental car companies, facing a near halt in demand last year, sold off about a third of their fleets to raise enough cash to survive the pandemic. That rush of sales last spring pushed used car prices slightly lower, which accounts for the large percentage increases in the 12-month comparison.
But with the current rebound in travel, rental car companies are suddenly facing a shortage of cars to rent and aren’t selling what they have even as demand for cars has soared. Millions have gotten jobs this year, and millions more who were working from home are returning to the office, feeding the need for vehicles.
And many buyers are making purchases that they planned to make last year but delayed because of uncertainty about the pandemic. New car sales to American consumers set a record by topping 7 million vehicles in the first half of the year, according to JD Power.
Record high prices for new car are also a factor pushing some buyers who would prefer new cars to look at used cars instead.

Why new car prices are rising

New car prices are also up because of a major shortage of computer chips. Dealer inventory has fallen to historically low levels.
The lack of new car inventory is another reason rental car companies can’t buy the replacement cars they want and are hanging onto their existing fleets.
Another factor lifting the average car price: Car buyers’ desire for more expensive trucks and SUVs, rather than less expensive sedans. Consumers also want more expensive features, such as automatic braking and lane departure warnings, which boost prices, too.

New and used car prices normally account for about 7% of the CPI, but they generally don’t move the headline number very much because they don’t experience wild swings in prices, said Jonathan Smoke, chief economist for Cox Automotive.
“Used car prices typically rise about 1% annually,” he said. “It’s definitely contributing far more to inflation right now.”
The rising price of new and used cars is an important part of the inflation reading, given how much Americans spend every year on cars — more than $600 billion annually, Smoke said. 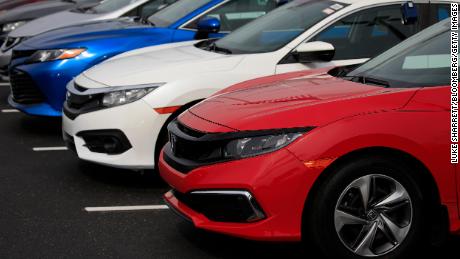 He and other economists believe this is a temporary spike, and that as prices plateau the cost of used cars will start to decline later this year.
“I’m not saying there is going to be a correction,” he said. “But we seem to be moving past the imbalance that created the frenzy this spring.”

That’s why the Federal Reserve shouldn’t slam on the brakes to combat high inflation: It will start to retreat on its own, said Mark Zandi, chief economist with Moody’s Analytics.
“It would be a policy error if the Federal Reserve took its foot off the monetary accelerator because of these inflation readings,” he said. “It’s transitory. It’s not going to last. It’ll fall back to earth pretty quickly.”
Source: Read Full Article