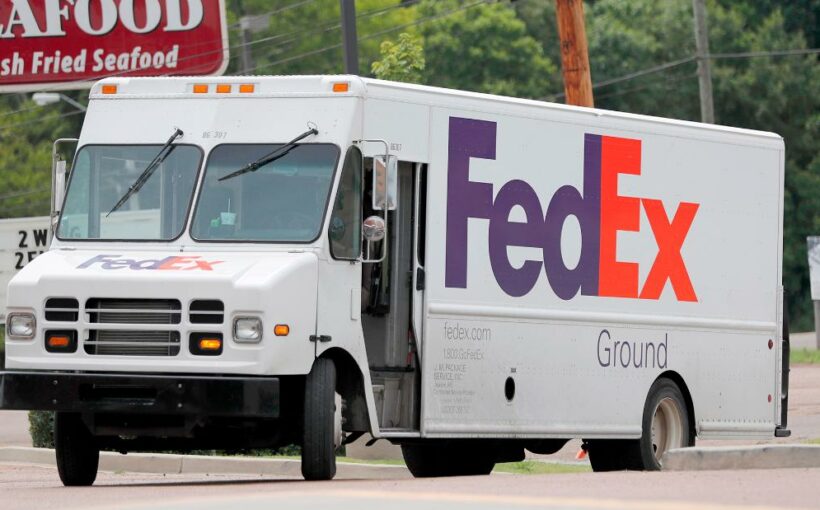 New York (CNN Business)People hoping to get their holiday shopping delivered on time could be caught in the middle of a growing battle between FedEx and thousands of contractors who deliver most FedEx packages.

Many of the contractors used by the company’s FedEx Ground division say they are losing money, even as revenue at that unit soared more than 60% since before the pandemic. As a result, a group of the contractors are threatening to shutter their operations right before Black Friday.
FedEx Express depends on FedEx (FDX) employees to move its shipments, but FedEx Ground depends on a network of more than 6,000 independent businesses to make deliveries. Many of them have dozens, or even more than 100 drivers. Most consumers probably don’t realize the FedEx Ground drivers stopping at their doors, wearing FedEx uniforms, are actually working for the contractors, not FedEx itself. 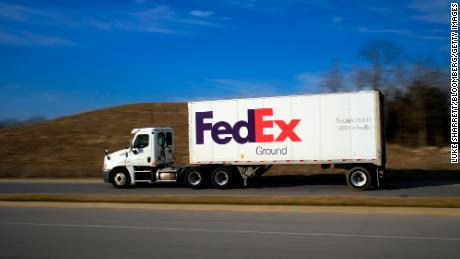 Higher costs for fuel, trucks and driver pay have as many as 30% of those contractors losing money, according to an estimate from Deutsche Bank. Many of the contractors are in the process of forming a trade group to pressure FedEx to improve the terms of the compensation packages they receive.

The contractors are not allowed to coordinate a shutdown, the way employees can go on strike under US labor law. Such coordinated action would be considered a violation of antitrust law that prevents separate companies from working in concert with one another.

But talk of a pre-Black Friday shutdown is spreading among the contractors who are most vocal about the need for change.

“My business is losing money every day,” said Spencer Patton, one of the largest contractors and the most vocal critic of FedEx Ground’s relationship with its partner network. “And my business will not be able to continue operation past Nov. 25. Peak season is one of highest cost of operations time of the year. I have to double the number of trucks, hire drivers. I will not do so if things don’t change.”
His suburban Nashville-based company, Patton Logistics, has 275 trucks serving hundreds of FedEx Ground routes spread across 10 states in the central US. His trucks delivered about 6.5 million FedEx packages last year.
He said the wages he needs to pay to keep drivers are up 37% in the last year, while truck prices are up 30%. Although the average price of diesel is down 14% from the record high hit in June, it is still up 52% compared to a year ago, according to AAA.
“Fuel prices have come down off a boil, and that undoubtedly has been a benefit. But wage pressures remains boiling hot,” Patton said. “We are actually competing against FedEx for drivers.”
Patton has been a contractor for 10 years. He started making his own deliveries on a single route before growing the business. He said historically he had about a 10% profit margin excluding interest, taxes, depreciation and amortization. Now he said he’s losing 5% to 10% on that basis.
Meanwhile, FedEx reported that revenue at its FedEx Ground unit increased $2.7 billion, or 9%, to $33.2 billion in the fiscal year ending in May compared to the previous fiscal year, although its operating profit fell 17% to $2.6 billion.

FedEx Ground is refusing to offer the kind of across-the-board financial relief to its contractors that Patton and others are seeking. It said since January, only 10% of contractors had sought relief.
“We recognize that current economic conditions are posing new challenges,” FedEx Ground said in a statement. “We remain committed to working with service provider businesses individually to address the challenges specific to their situation. Our goal is to enable success for both FedEx Ground and service providers.”
Patton said almost none of the contractors who have sought better terms from FedEx Ground have been granted them. FedEx did not comment on what percent of contractors have had the terms of their contracts improved, although it said more than 1,600 contractors are operating under newly negotiated or renegotiated agreements. Many if not most of those contracts were due to be renegotiated under terms of the prior agreements.
FedEx Ground also would not comment directly about the threat of some contractors shutting down just before the holiday shopping season.
“We are committed to providing outstanding service to shippers and recipients, and we believe the vast majority of service providers are as well,” said the company’s statement. “We have confidence in our contingency planning and ability to deliver for our customers during this time as we weather economic changes.”

FedEx Ground provided CNN Business the names of several contractors who said they are doing OK financially despite the economic problems at some other contractors. But even some of those expressed concern what would happen if a significant number of contractors halt operations due to financial problems.
“I know there are others who are hurting, but fortunately I’m not in the red,” said Troy Fulsom, a contractor with about two-dozen drivers based in Fresno. “For me, luckily, I have an area where we’re booming, expanding. But our profit margins are thinner. Your heart goes out to those in that position who need to set the ultimatum. That’s a real concern if some people are shutting down operations, and what it would do to the business, and customers shifting away. With the talk out there, it is a scary thing.”
Some of the contractors who say they are losing money said they have no choice but to try to push through and weather the losses and can’t afford to join any shutdown effort.
“That’s not something I’m going to be able to do,” said David Dorner, a contractor based in Medford, Oregon, about the possibility of a halt of operations. “I’d love to join in. But it would put me in a situation where FedEx can step in and take the business away from me.”

Dorner is about to have a new contract with FedEx go into effect in October and he hopes it’s enough to get him back in the black. But even if he doesn’t shut down as part of a pre-Black Friday action, he said he won’t be able to go on indefinitely if he doesn’t become profitable again sometime soon.
“I’m in survival mode, just struggling to put trucks out there every day,” he said. “It’ll be sad if nothing changes and we have to shut our doors.”
Source: Read Full Article