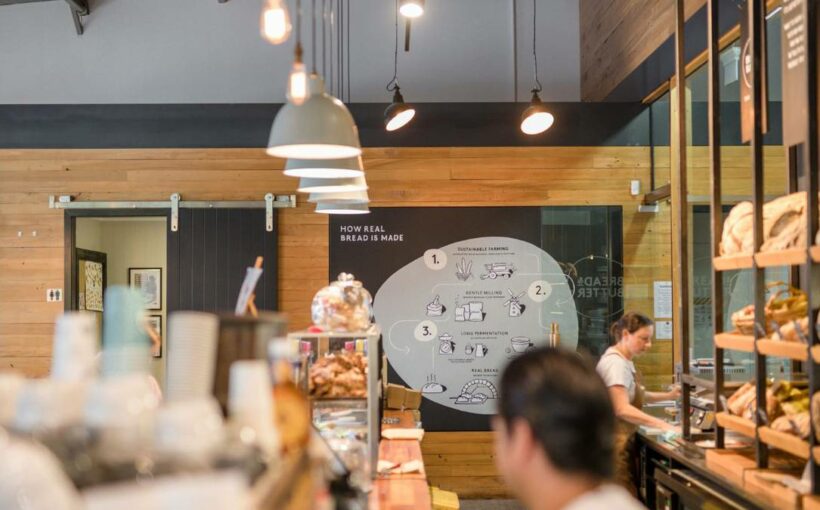 After millions of dollars in lost revenue, closed businesses and vanished jobs, hospitality is pleading with the Government to pay attention to a rescue and recovery plan. Jane Phare reports.

The stories come thick and fast, exhausted lockdown voices telling of stresses that are taking a dangerous toll: collapsed businesses, distressed staff, mental anguish, tens of thousands of dollars lost, borrowings at the limit – and no end in sight.

Isabel Pasch is one of them. In August she closed one of her stores, Little Bread and Butter in Ponsonby, a café that “died a Covid death”. Encouraged by the recovery of the economy last year, she opened a small retail bakery in Whangaparāoa.

“We took the risk but now it looks like that’s not going to pay off.”

Before the pandemic hit New Zealand, she’d put a café in Milford up for sale. But settlement dragged on until the first lockdown last year and the sale wasn’t completed until earlier this year. In that time the buyer renegotiated the price.

“We made a huge loss. The buyer knew we weren’t in a position to find somebody else.”

Now she’s concentrating on keeping the Bread and Butter Bakery & Café in Grey Lynn afloat. She’s already burned through savings that were set aside for a growth plan. The wage subsidy has helped; so has the Resurgence Support Payment, which allowsbusinesses to apply for $1500, plus $400 per full-time equivalent employee (up to a maximum payout of $21,500) if revenue is down by 30 per cent since the beginning of lockdown on August 17. But for many, it will be too little, too late.

Pasch’s story is all too familiar in the hospitality sector, an industry that views itself, with others like tourism and events, at the bottom of the pile in terms of financial help from the Government.

The Restaurant Association of New Zealand estimates that more than 1000 hospitality businesses have gone under since the beginning of the pandemic, with a loss of about 13,000 jobs. Last week leading Auckland restaurants Euro and Saxon + Parole became the latest casualties, unable to continue under Covid-19 restrictions.

“There are many businesses we speak to every day who are literally teetering on the edge.”

Since the first lockdown last year, businesses in the Auckland region have suffered either no trading or restricted operations for more than 200 days. At alert level 4, hospitality businesses suffered a 98 per cent drop in revenue; at alert level 3, revenue drops of 40 and 60 per cent. And each time there’s a lockdown, café and restaurant owners give away thousands of dollars worth of food that would otherwise perish. One restaurant owner has rented out his home to help pay bills and staff wages. Meanwhile, he and his family are stayingwith friends.

Pasch says in the past 18 months her business has had just three months of normal trade.

“The wage subsidy was only available for a small proportion of that. The rest of it we have financed ourselves. So I want an acknowledgement from the Government that hospitality is bearing the brunt of this and is disproportionately affected, and I want to see some kind of support.”

Mark Knoff-Thomas, CEO of the Newmarket Business Association, says letting hospitality suffer as the Government is doing is an attack on New Zealand culture. He describes the Government’s three-tiered plan as a “confusing maze of arbitrary rules conjured up in Wellington” that gives businesses no certainty.

The Restaurant Association is lobbying Government ministers to help an industry that contributes $12 billion a year to the economy and employs 136,000 workers. Last month it submitted an eight-point survival and recovery plan for the Government to consider, the first part of a three-stage plan. Stage one of the association’s “Future of Hospitality Roadmap” includes ideas like GST-free meals, dining out vouchers, discounts and lockdown subsidies.

Krishna Botica, Auckland branch president for the Restaurant Association, wants to know why, in the Government’s three-phase plan for Auckland, museums, libraries and pools can open but restaurants with outdoor dining spaces can’t. Botica, co-owner of the Cafe Hanoi, Xuxu Dumpling Bar, Saan and Ghost Street restaurants, says the hospitality industry is “the last cab off the rank” in that plan.

Botica and her husband and business partner Tony McGeorge are well aware of the pressures Kiwi restaurateurs face. Stress levels have taken their toll, Botica says, both on them and on their staff. The couple have borrowed up to their limit from the bank and have had to borrow money from family to pay their leases and top up staff wages.

“When you’re locked down to zero revenue, your ability to pay staff at 80 per cent of their normal wage is near on impossible. We have cashflow businesses, we have fixed costs. What do we do? Shut down the business?”

Restaurateur Fleur Caulton says the Government needs to recognise that industries like hospitality are “seriously in trouble”. Caulton has nine restaurants, Rata in Queenstown,
and Madam Woo and Hawker & Roll in Queenstown, Christchurch, Waikato and Auckland.

Caulton has made a call to hang on and try to fund her way through. That’s meant topping up the wage subsidy to help stressed staff pay their bills.

“We’re topping up every week in the tens of thousands of dollars to our teams. Every week it’s just getting harder and harder. The cashflow is just not there,” Caulton says.
“It’s a balance between the welfare and mental health of your staff, and the balance of the financial viability of the business.”

The resurgence package of $21,500 helped, she says, but because her nine restaurants are registered under one business number she cannot claim the amount for each one.

Mental issues "massive" this time round

Those who own and operate hospitality businesses, or trying to, say the stress of helping their staff while struggling to survive financially cannot be underestimated. Staff become like family and have their own stresses – money and health worries, financial pressures, living alone, family issues or anxieties about the vaccination.

Caulton says mental issues have been “massive” this time round, with many staff not coping. “They want to know, are they going to lose their jobs tomorrow? It’s heartbreaking,” she says.

Pasch has 48 staff and says many of them have Covid back stories, including a senior baker who went home to India to become engaged and became stuck there for nine months without income because he was not a New Zealand citizen.

“He burned through all his money while we made application after application to the Government for him to come back,” she says. “I have a manager who hasn’t seen his wife and child for three years, again because they’re not citizens so they can’t come to New Zealand.”

Four of Pasch’s staff have resigned because they can no longer deal with the stress of being in hospitality, and not knowing if the business will survive.

Botica says her staff have been involved in eight close-contact notifications and have had to isolate. She dropped food off to one isolating family who were also coping with a family tragedy in the Philippines, a mother and newborn baby lost to Covid-19 within two days of each other.

Bidois is concerned about the mental health of many hospitality business owners who are also supporting their staff. An August hospitality survey revealed that out of 700 respondents, 60 per cent said their mental health had suffered because of the latest alert level changes.

“It is absolutely devastating having to think about restructuring teams or reducing hours. All of these sorts of things take a huge toll not only on the employees of the business, but also on the employer.”

Many in the industry are at the “end of their tether”, Pasch says.

“I’ve had many days like that where I don’t think I can get out of bed. And of course you do because you know you’ve got staff to worry about. You can’t let them down but it’s incredibly hard.”

When will vaccination passports have legal backing?

Hospitality employers were at least encouraged by Prime Minister Jacinda Ardern’s announcement this week that vaccination passports would be mandatory for high-risk settings including large gatherings, events and festivals, but could also be used in hospitality venues like bars and restaurants.

However they are anxious about the vagueness of that announcement. Pasch is cautious about laying down the law to her staff and customers over the need to be vaccinated.

Pasch, like others, wants to see vaccination passports legally mandated by the Government. Botica and McGeorge are working through the risk assessment of a “no vaccine, no employment” policy for their company, in consultation with staff. But they too want to see a Government-led pathway to requiring staff and customers to be vaccinated.

“It’s super important that businesses have the discretion to use the vaccine passport. People don’t seem to understand that a restaurant is not a place of public access, it is a private business,” Botica says.

But above all, hospitality business owners want a plan from the Government to give them some hope.

Caulton: “Hospitality and tourism are wearing it economically. It’s fearful out there.

“People have their houses on the line, they’re topping up with their own personal money. Banks can’t keep lending money. It’s not a bottomless pit.”

It’s too long for the industry to be hung out to dry, she says.

“You can’t pivot, there’s nothing to pivot your business to because there’s no customers. We don’t want to be complaining, we just want to get on with it.”